Leon Bibb Commentary: Can we talk?

Racism in America is an issue that can not be sidestepped anymore. 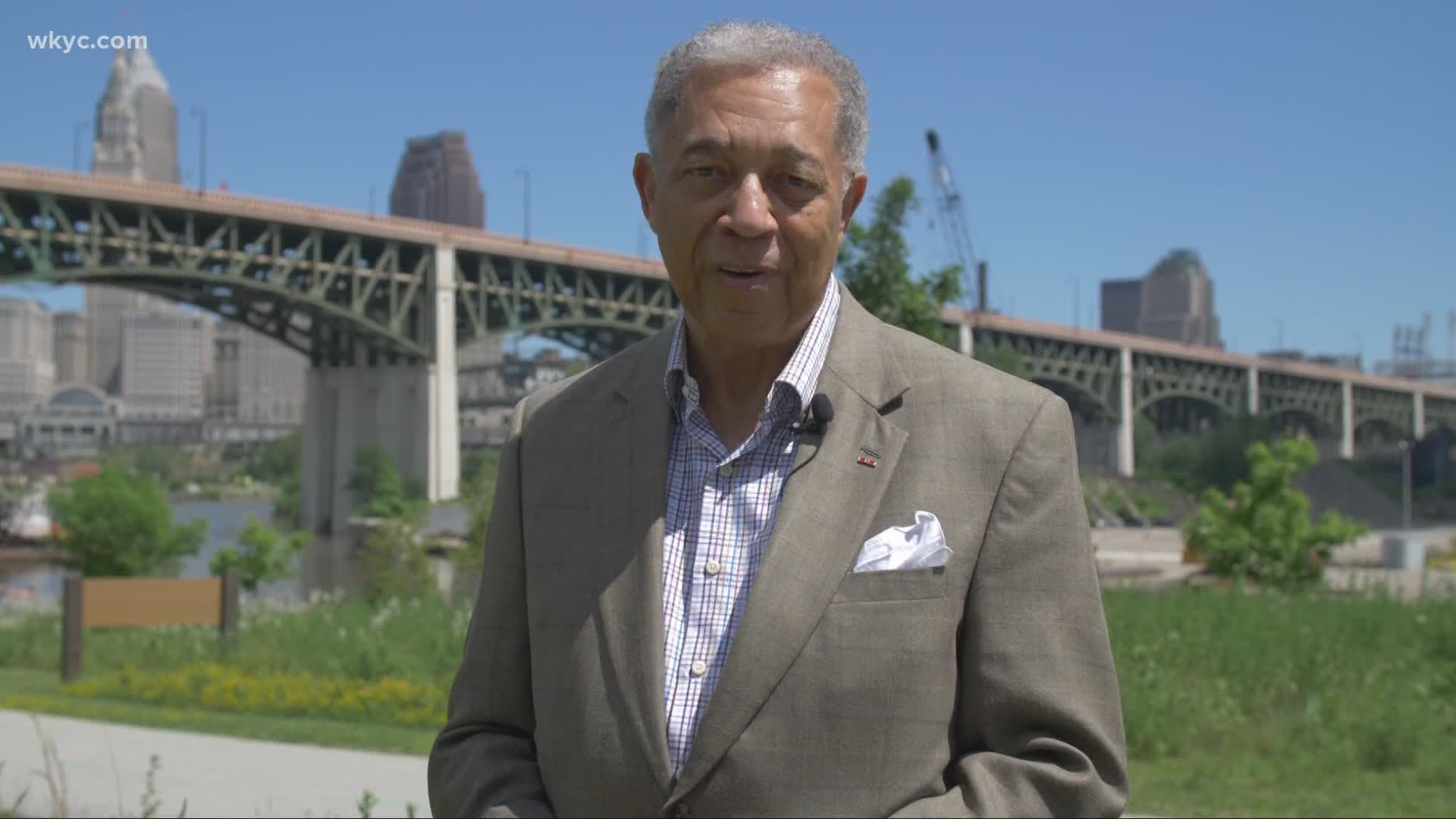 CLEVELAND — We are talking now. Perhaps as never before at this level. The non-blinking eye of television has played a part in our talk which has at times been in heat and in peaceful passion, but all of it in protest.

Our talk of race and justice is now at the forefront of discussion. Race is an American issue which to many has been sidestepped for too long.

Tragically, it took the killing of a black man who died beneath the neck-crushing knee of a white Minneapolis police officer to get America talking at a higher level. So, we are talking now about racial injustices.

The talk came amid violent confrontations which were fueled by the killing of George Floyd in Minneapolis. Talk became louder in the violence. Louder still in the peaceful protests as people of all races joined the Black Lives Matter movement.

Can we talk? We are.

Question is: Will we continue?

A new poll shows both black and white people say racial discrimination affects treatment by police and chances of getting ahead. 8 of 10 Americans feel discrimination against blacks exists.

Can we talk? We are talking. A recent poll shows 76 percent of America – including 71% of white people – call racism and discrimination a "big problem." That number is up 26 percent in five years. There is a seismic shift in this country.

There have been demonstrations for racial justice for centuries. But this time, it seems the center of gravity of the movement has shifted to a higher point.   We are talking MORE now. Our national conscience and our national Constitution have intersected.

Events in all their forms have pushed for conversation and a call for action for America to forge toward a more just day.

Can we talk? To save ourselves, we must talk.

RELATED: Turning Point: How something small can change the course of the world

RELATED: Jasmine Monroe shares emotional message: 'Every night I think about my brother, my uncle, my cousin, myself'