'I know our parents want to be there more than we want them to be': College football player asks Governor to allow fans in stands 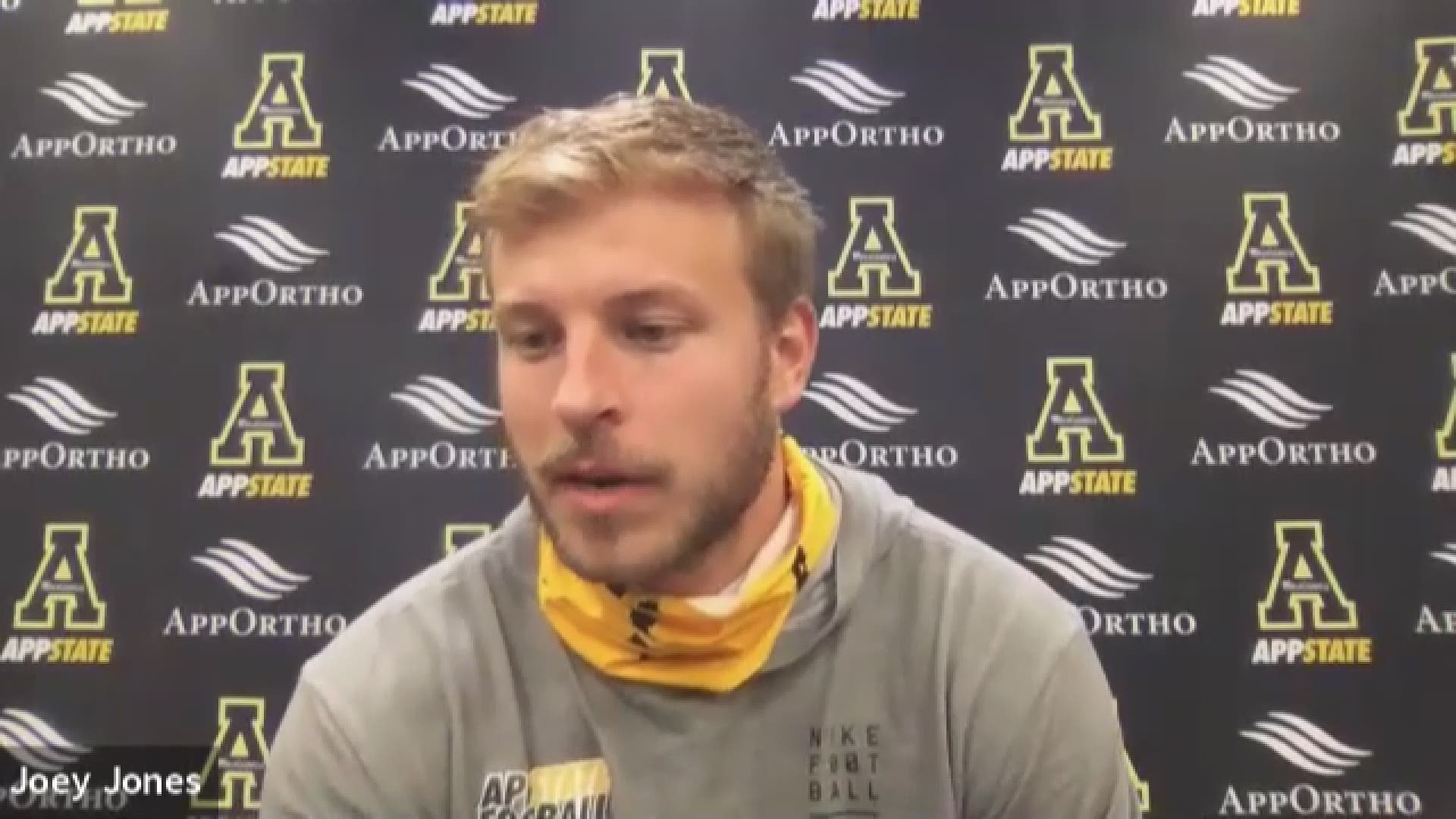 GREENSBORO, N.C. — A college football player from the Triad wants to see fans in the stands this season.

App State senior wide receiver, Thomas Hennigan, felt strongly about this. He took to twitter and addressed his thoughts to Governor Roy Cooper.

Part of his letter read: "Dear Governor Cooper, My name is Thomas Hennigan, a senior at Appalachian State. This year has been one rollercoaster of a ride. To be here getting ready to play football is a blessing in itself. I am hoping by some chance you see this letter. I hope you can allow a low percentage of fans at our games this fall. College football feeds out the crowd and environment. Without fans, the game is not the same. I promise you if you ask our schools to wear masks and social distance, I know they would comply.”

“It struck me when I saw the announcement that there wasn’t going to be fans in the stands," said Hennigan.

The Northwest Guilford alum is not expecting to see packed stadiums. He said he wants to at least have players' families in the stands.

“I know that our parents want to be there more than we want them to be," said Hennigan.

Hennigan said he tweeted at Governor Cooper not just for App State football.

“I wanted other players at North Carolina schools to voice their opinion with me," said Hennigan. "I think we’re going to continue to fight for this."

Hennigan said he didn't hear anything from Governor Cooper and he doesn't know if he saw it.