Most of the roster will comprise of players who have competed locally in high school and/or college. 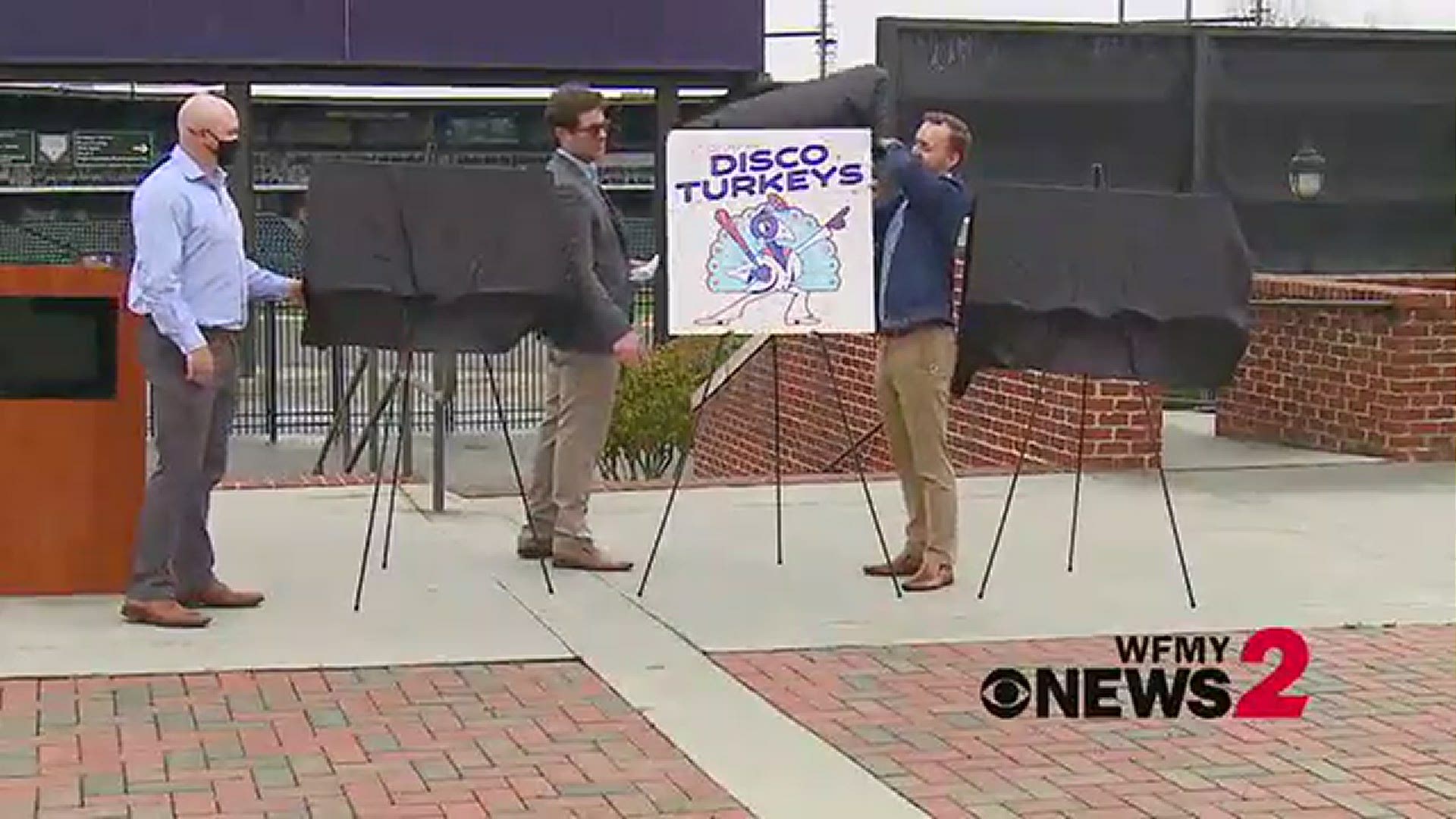 WINSTON-SALEM, N.C. — The Winston-Salem Dash and Carolina Disco Turkeys announced Wednesday that Truist Stadium will play host to all of the Disco Turkeys home games in 2021.

The roster will include college players, honing their skills over the summer months. Most of the roster will comprise of players who have competed locally in high school and/or college.

Today @discoturkeys unveiled the first logo of the newest the new College Wood Bat team that will play this summer at Truist Stadium home of @WSDashBaseball this summer. @WFMY pic.twitter.com/7pBhoUivyg

The Carolina Disco Turkeys will play more than 40 games this season against some of the best teams in the Southeast. Opponents include the Statesville Owls, Catawba Valley Stars, High Point-Thomasville Hi-Toms, Martinsville Mustangs and others.

The team will conclude its season by representing North Carolina and playing some of the top North American wood bat teams in Johnstown, Pennsylvania's historic annual All-American Amateur Baseball Association (AAABA) Tournament. The Disco Turkey’s season runs from May – August and the Truist Stadium home slate will be announced in the coming weeks. Tickets start as low as $7 and will go on sale in April.

“Collegiate wood bat leagues offer a valuable opportunity for the top college baseball players to develop their skills over the summer,” said Dash President, C.J. Johnson. “We are excited to provide these athletes with a first-class facility to compete in and to create 16 more opportunities for our community to enjoy affordable entertainment.”

The Disco Turkeys, owned by Winston-Salem-based Sullimak Entertainment, LLC, will handle all merchandise, ticket sales and gameday operations for their events. Standard stadium concession items, including beer will be available for purchase, with the addition of a Disco Turkey Leg. Outside food and beverage is not permitted into Truist Stadium.