He became a St. Louis legend in the span of six months. Now, the Blues have made sure Jordan Binnington will be around for at least two more years! 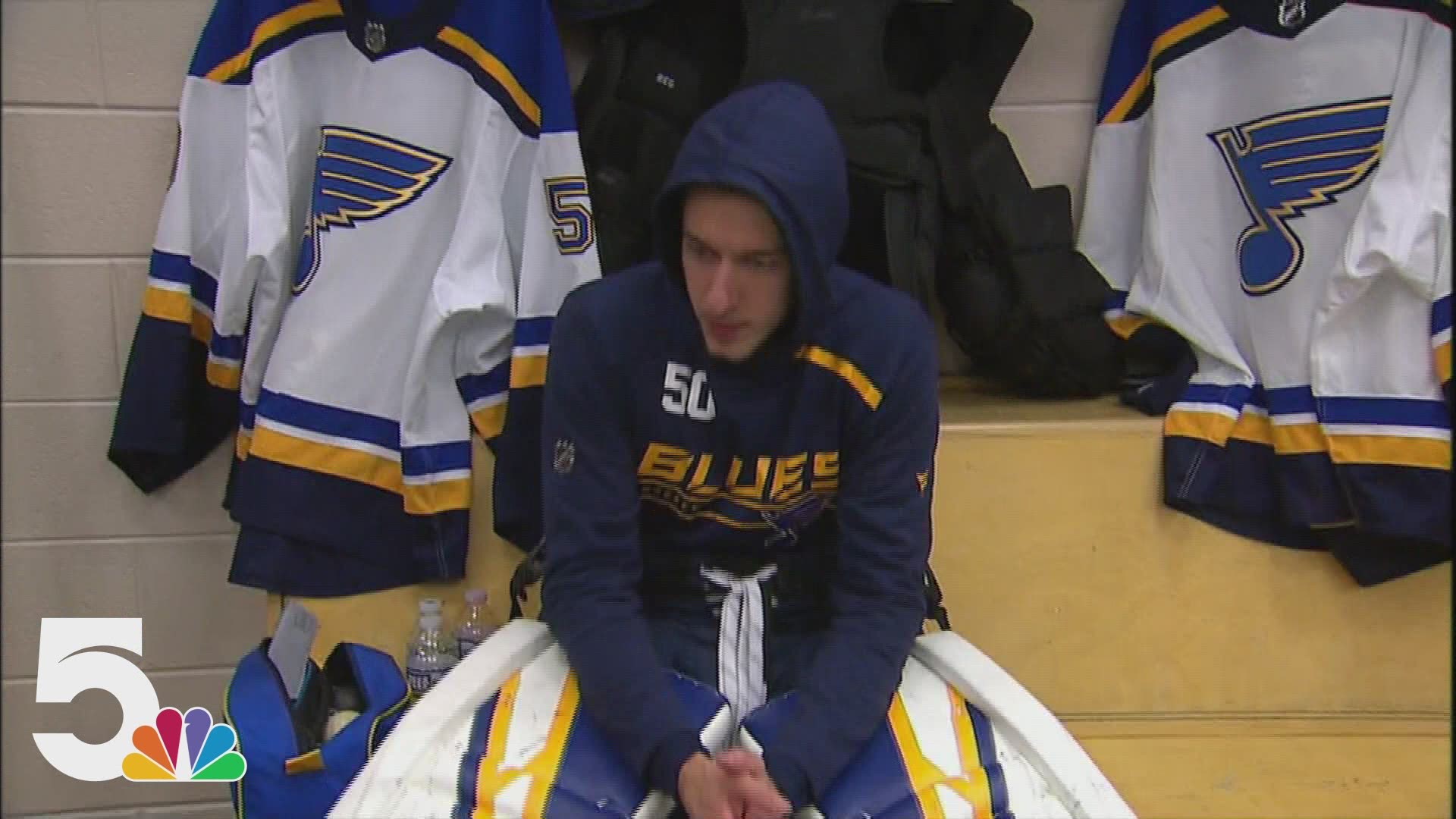 The St. Louis Blues have come to an agreement on a new contract with goaltender, Jordan Binnington.

Binnington was a restricted free agent this offseason, and this new, two-year deal means the star goalie and the Blues won't have to head to arbitration.

The contract will pay Binnington an average annual value of $4.4 million per season.

Binnington didn't get his first start in the NHL until January 7, where he shut out the Flyers in Philadelphia.

The rest is history. Literally.

Binnington willed the last place Blues into the playoffs, and then carried them all the way to the first Stanley Cup in franchise history. He was 16-10 in the playoffs, holding a 2.46 GAA.

Binnington was also the first rookie goaltender to win 16 games in a single Stanley Cup playoffs.

Binnington just had his day with the Stanley Cup at home in Richmond Hill, Ontario. You can find a link to our story on his adventures with the Cup below.