"I never meant for this to happen to you. All I ever wanted to do was win. If I could take it all back I would." 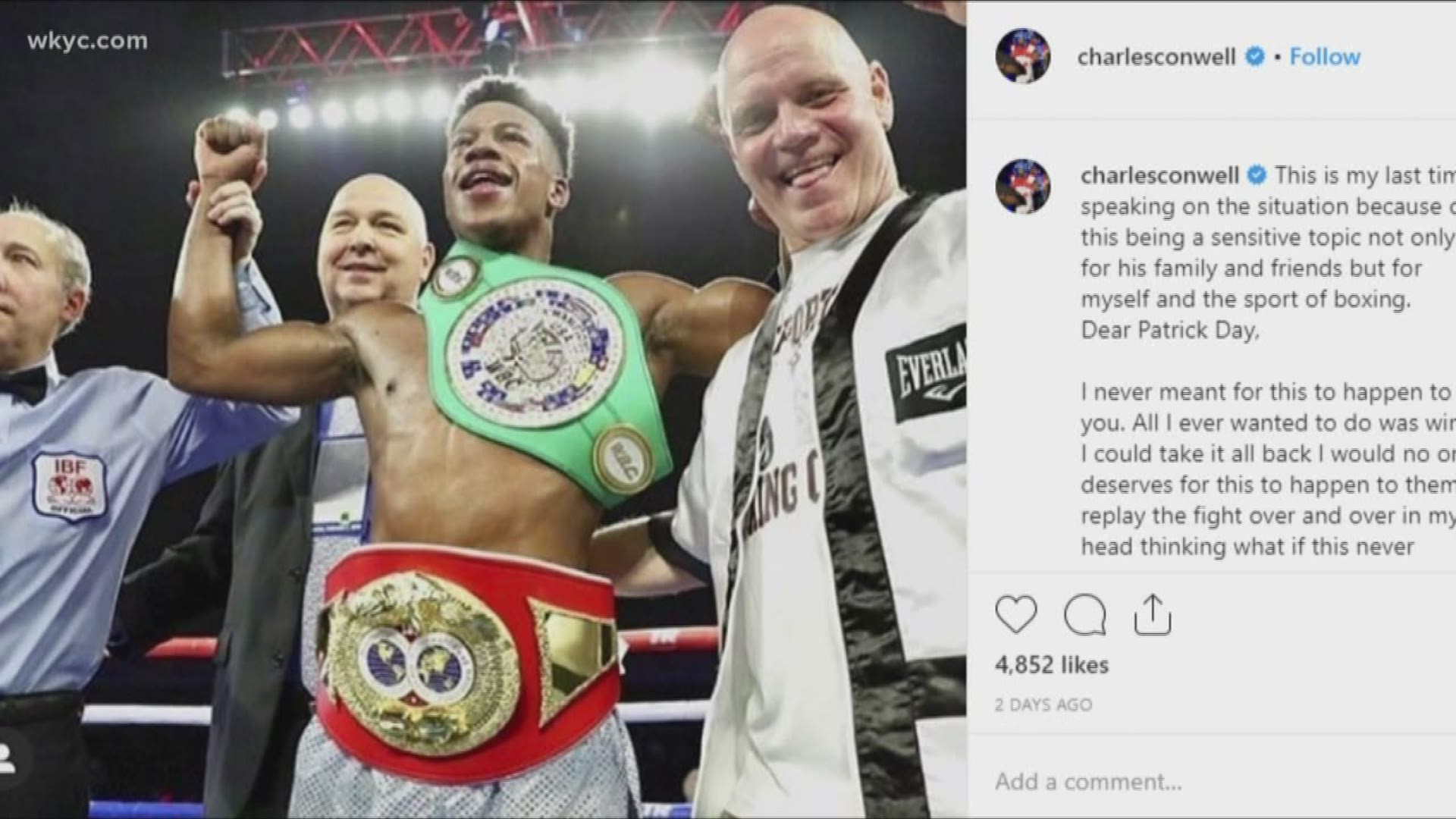 "He was surrounded by his family, close friends and members of his boxing team, including his mentor, friend and trainer Joe Higgins," DiBella said in a statement on his website. "He was a son, brother, and good friend to many. Pat's kindness, positivity and generosity of spirit made a lasting impression with everyone he met."

Day had brain surgery after being knocked out in the 10th round Saturday night at Wintrust Arena. Knocked down twice earlier in the bout, the junior middleweight was taken from the ring on a stretcher.

Two days after the fight, Conwell posted a heartfelt message to Day on social media.

Conwell is a native of Cleveland Heights who gained international attention when he competed in the 2016 Summer Olympics in Brazil. His win over Day moved his professional record to 11-0 with eight knockouts.

3News has reached out to Conwell for reaction to the news of Day's passing.

From Freeport, New York, Day had a career record of 17-4-1 with six knockouts. As an amateur, he won two Nationals titles, the New York Golden Gloves tournament and was a U.S. Olympic team alternate in 2012.