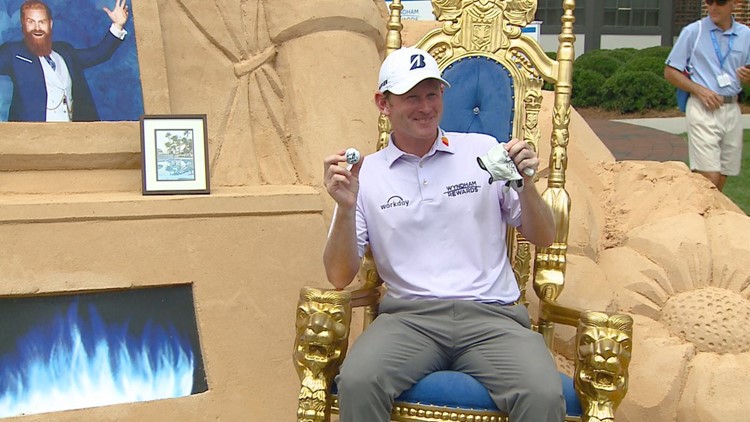 GREENSBORO, N.C. (AP) - Brandt Snedeker shot an 11-under 59 on Thursday at the Wyndham Championship, falling one shot shy of matching the record.

He made a 20-foot putt on his final hole, becoming the 10th player in PGA Tour to break 60. Jim Furyk set the record with a 58 in the final round of the Travelers Championship in 2016.

Snedeker began his round at Sedgefield Country Club with a bogey at No. 10, and he took off from there. He played the front nine in 27, including an eagle 2 on the par-4 sixth hole when he holed out from 176 yards.

This is the third consecutive year that the PGA Tour has had a sub-60 round. Snedeker is the first to shoot 59 since Adam Hadwin in the third round of the 2017 Careerbuilder Challenge.