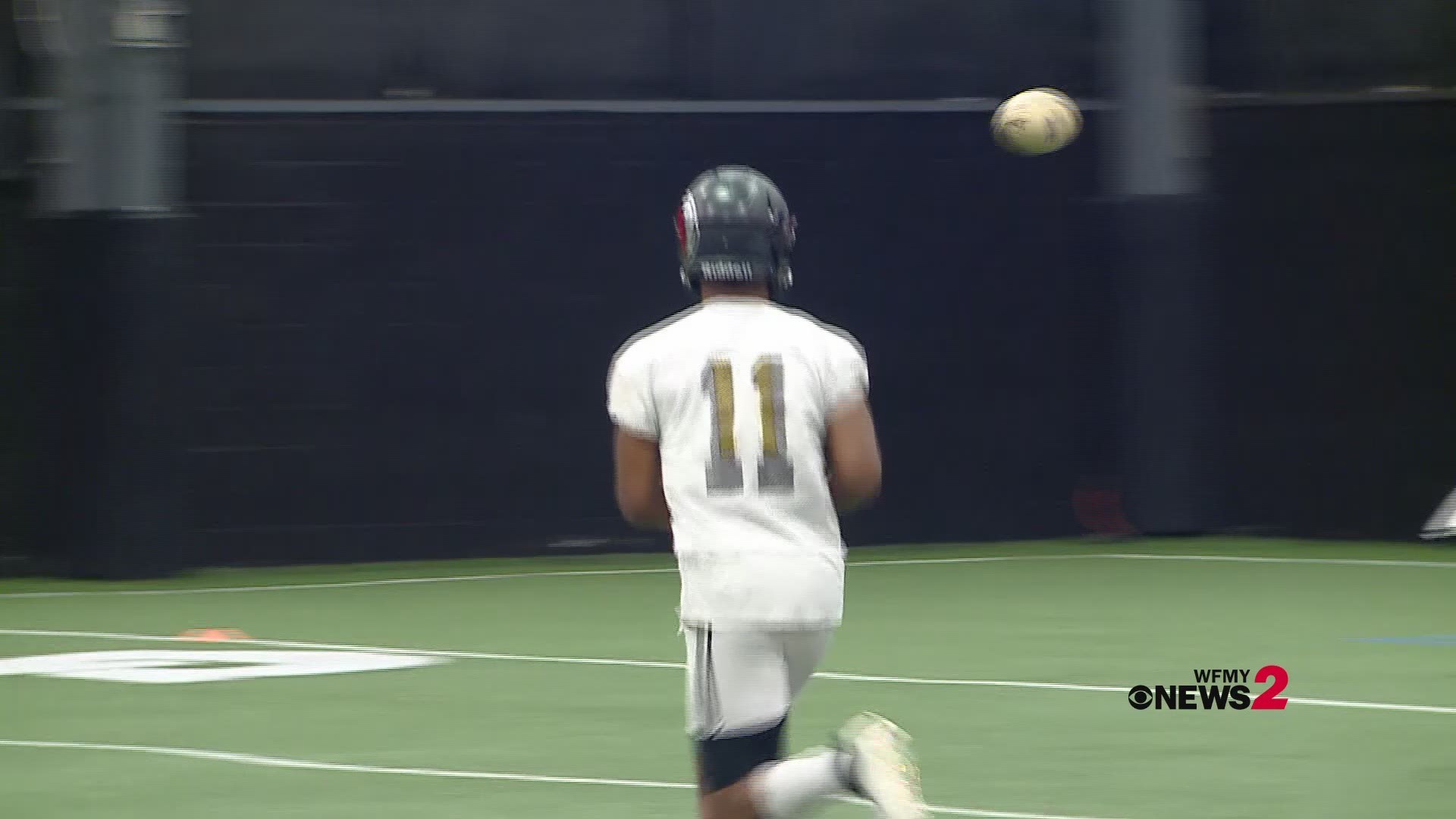 GREENSBORO, N.C. — The National Area League is back in action after the pandemic canceled seasons.

The Carolina Cobras were one of the teams affected by it in the 2020 season.

August 17 2019 was the last time the Carolina Cobras played a game. It was a championship game against the Jacksonville Sharks. The Cobras came up short.

They finally get to bounce back in the 2021 season. The team is getting back inside the Greensboro Coliseum for its home opener on Saturday.

"To get back out here and run around and actually get back into action, it's amazing," said James Summers, who is a Page High School alum and Cobras wide receiver and linebacker.

It's back to work for the Carolina Cobras.

"It's been a blast,18 months off and guys are just grinding away," said Carolina Cobras Head Coach Josh Resignalo.

The Cobras are heading into week 3 of the season. They're preparing for their home opener in Greensboro in front of their fans

The Cobras are seeking their 2nd championship in 4 years. They won their first in 2018, their inaugural season.

"Expect us to put on a good show for ya'll, let you know we’re here for a reason," said Summers. 'We hope to bring that championship right back in here right here in our coliseum."

"I felt it was a big deal for us this year to have local guys," said Resignalo. "The team really hadn’t had a focus of local players. We have guys from Page, Parkland, North Forsyth, West Forstyh, Western Alamance, so we have a good mixture of good Triad football players here."

Summers is one of those guys.

The Cobras are 1-1 on the season so far. They hope to grab their first win at home Saturday night against the Jersey Flight.

"It's going to be amazing to get back in the Coliseum," said Resignalo. "We got a great fan base. They're excited. Cobra nation is excited to get back at it. Greensboro Coliseum is a great arena to play football."

"I can’t wait for that we have big plan for that night," said Summers. "I think its going to be great for our city."

The Cobras host the Jersey Flight at 7 p.m. Saturday June 19.