When a Disco Turkeys' player hits a home run, he will get a purple sequin jacket. 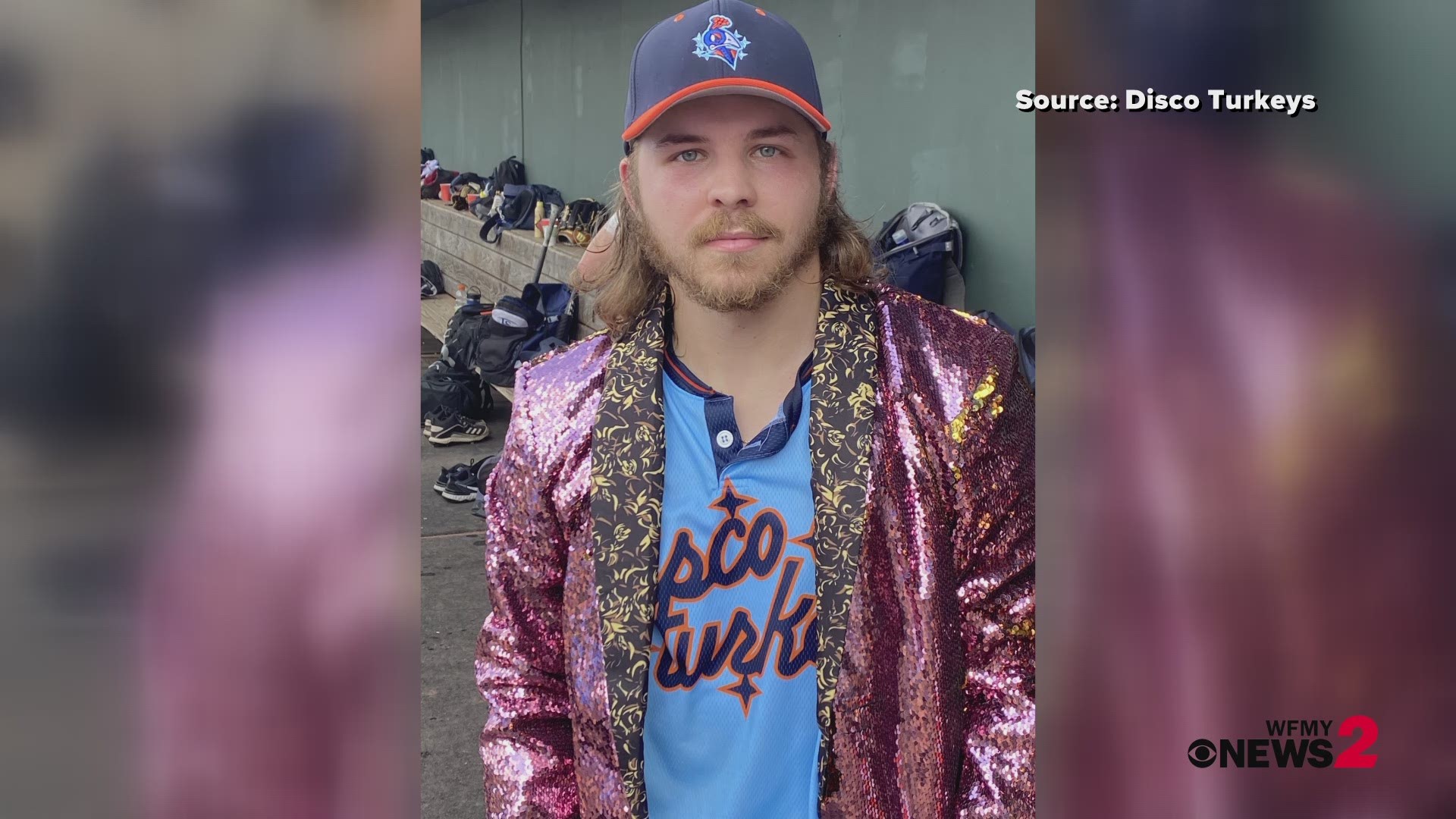 WINSTON-SALEM, N.C. — The Carolina Disco Turkeys have a new tradition. It involves a purple sequin jacket.

"It’s bright, it's colorful, it shines in the light," said Christian Ezzell, who is a catcher for the Carolina Disco Turkeys. "It's definitely noticeable."

"It was something that our owner brought to the dugout prior to one of our games and we decided, 'Hey let's use it as a home run jacket'," said Ezzell. "It's Something fun and quirky to do for the summer. It was something we all agreed to and it something we just kind of ran with."

Catcher Christian Ezzell is the first player to hit a home run at Truist Stadium for the Disco Turkeys. It means he got to wear the jacket.

"It was really honorable, just hearing the crowd roaring as I put on the jacket and the excitement I felt," said Ezzell. "Just being there to be able to help my team put some runs on the board and go up 4 to nothing early in the game, it was a great feeling."

Ezzell wasn't the first to wear the jacket. The team was so excited about the idea, they gave it to UNCG's Caleb Smith after hitting a walk-off sac fly in the Disco Turkey's first home game.

“It was funny I loved it," said Caleb Smith, who is an outfielder for the Carolina Disco Turkeys.

"When it comes to the home run jacket, I think it will stay with the disco turkeys for years to come," said Ezzell.

Of course, the goal is to win games, but the Disco Turkeys want to make sure they're having as much fun as possible while doing it.

"That’s the goal, be out there, be bright, be fun, and it's something the fans connect to, so that’s always a great thing," said Ezzell.