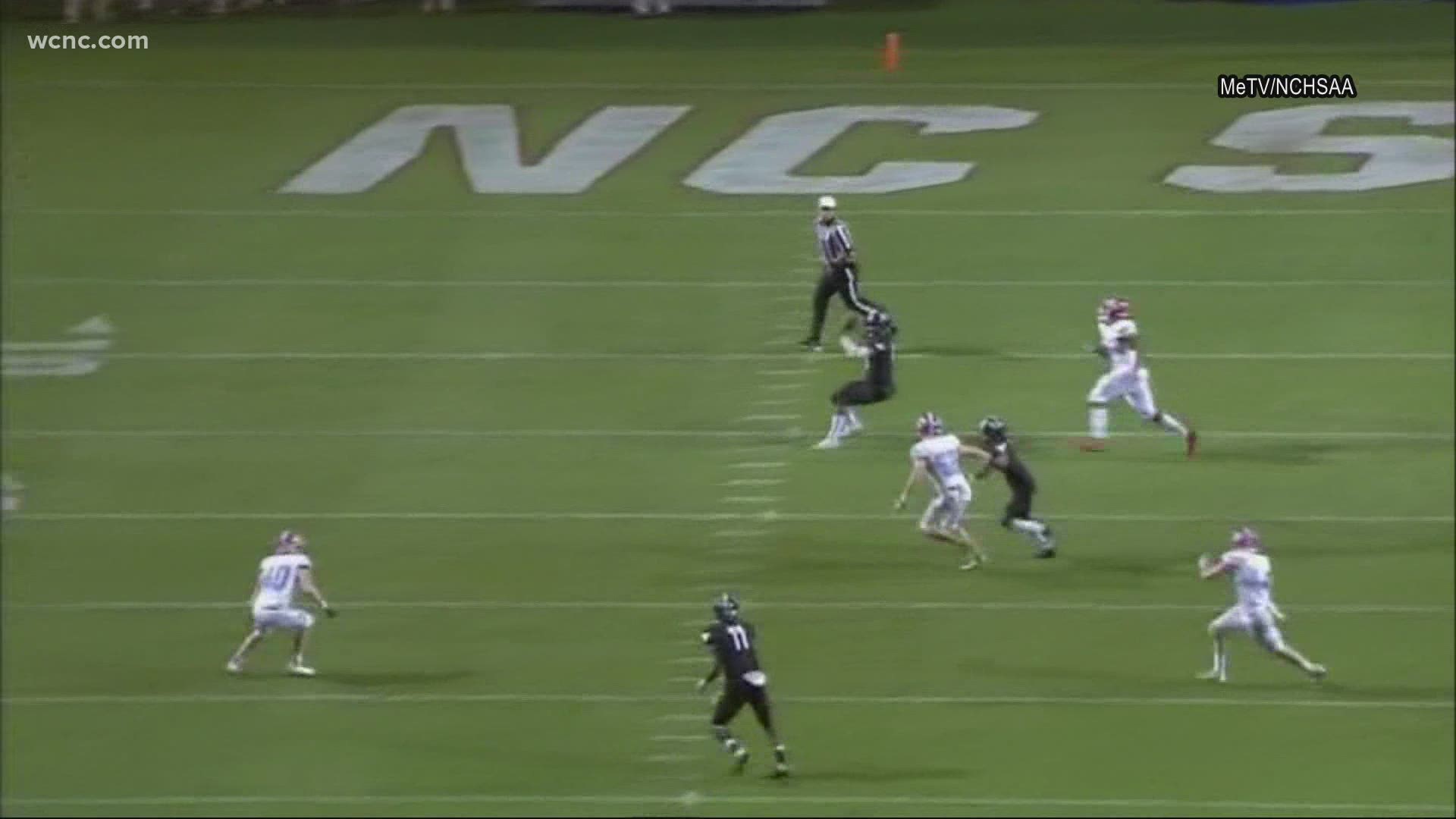 RALEIGH, N.C. — Charlotte Catholic continued its latest dynastic run on Friday by beating Havelock for the 3A state championship, 14-7.

It's the fourth-straight state title for the Cougars.

And they had a former coach on the mind.

"The legacy of the team is that they protect the tradition that Coach Oddo built," current coach Mike Brodowicz said.

Catholic took down high-flying Havelock, limiting their potent offense to just one score.

The Cougars started the scoring early in the first quarter on a Paul Neel halfback pass to Adam Franek.

After Havelock tied the game in the second quarter, Catholic quickly answered with a Sean Boyle touchdown pass.

Safety Kevin Dumser sealed the victory with an interception in the fourth quarter.

"Everything we do in this program, we think of him all the time," Brodowicz said. "He was so proud of how we play the game of football. He used to tell us that."