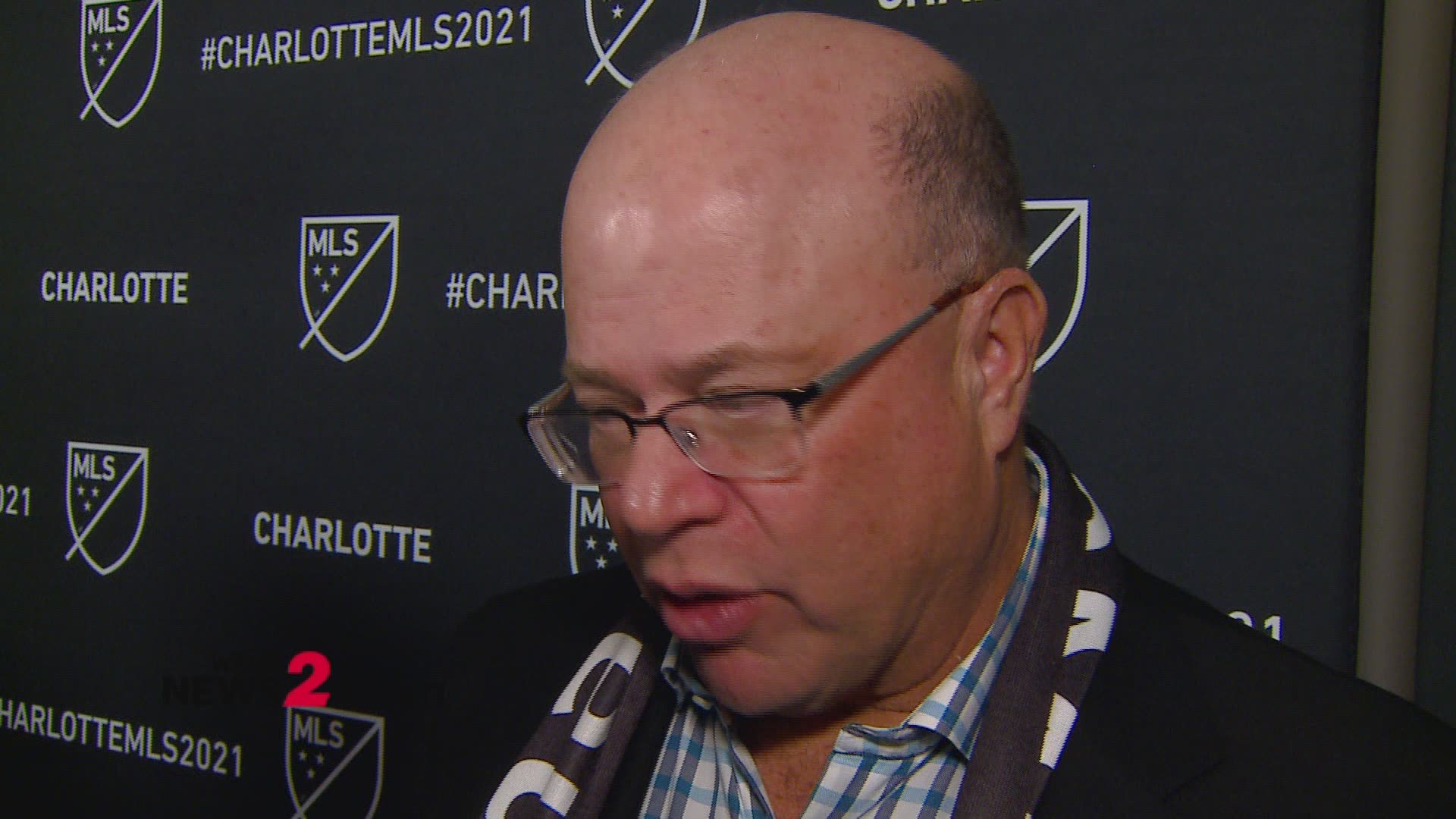 “Charlotte FC is part of an exciting new era for sports in Charlotte and the Carolinas. Today’s unveiling of our name, colors and crest will be remembered as one of the most exciting days in our club’s history,” Tom Glick said. Glick is the president of Tepper Sports and Entertainment.

“Our fans have been at the heart of creating this brand. This is a large and growing group of soccer fans who, like us, have a passion for the game and big goals and ambitions. We will keep building together with them and delivering a club to which they belong," Glick said.

The design inspiration for the Charlotte FC crest was derived from Charlotte’s unique history as the first American city to have its own branch of the United States Mint. The blue, black and white crest is in a circular shape, a modern interpretation of the historic coins made locally. In the center of the crest is a four-point crown, a nod to the Queen City moniker and the historic four wards of Uptown Charlotte. The engraved typeface and Minted 2022 border mark are additional details paying homage to the club’s inaugural season.

“The Charlotte FC brand truly embodies our city with a design that reflects Charlotte’s rich history,” Charlotte FC owner David Tepper said, “When we were awarded the team in December, I spoke about this club bringing the city together. To reach the point where our fans can actually know our name and see our colors is a significant milestone.”

Charlotte FC will begin in 2022 and will play at Bank of America Stadium, home of the NFL’s Carolina Panthers.