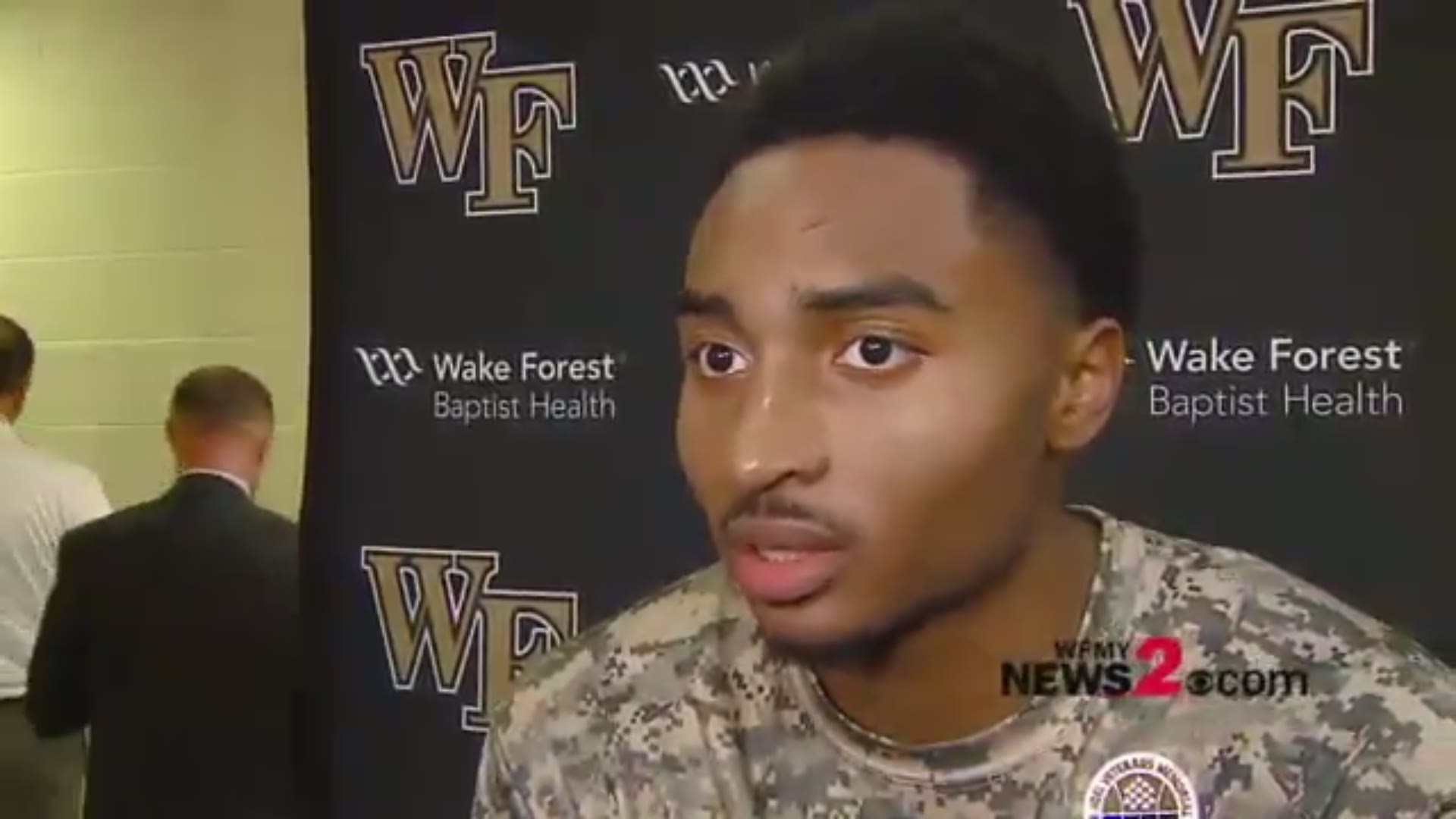 Chaundee Brown scored 20 points and Childress finished with 11 to lead the Demon Deacons (1-1), who trailed by four points in the final minute before finding a way to avoid their third home-opening loss in the past decade.

Mike Smith scored 23 points for the Lions (0-2), including eight in a row down the stretch. His free throw with 51 seconds to play put Columbia up 63-59.

Brown started the comeback with a three-point play on Wake Forest's ensuing possession, and the Demon Deacons got it back after a Columbia turnover. Brown then hit a free throw that tied it 63 with 17.1 seconds left, then missed the foul shot that followed, but the rebound went out of bounds off a Columbia player's hand.

Childress wound up with the ball at the key and drove the lane on Smith, shaking free with a spin move and putting up a jump shot that bounced off the iron twice before dropping through.

The Lions called two timeouts before Jake Killingsworth inbounded to Smith, who took two dribbles before his half-court heave at the horn bounced off the glass.

Columbia: The Lions, picked to finish next-to-last in an Ivy League dominated by favorites Harvard and Pennsylvania, could have made a statement by going on the road and beating an ACC school for the first time since they beat Wake Forest in the schools' only previous matchup in 1969. They were outrebounded 48-37, and none was more significant than the one on Brown's missed free throw in the final seconds.

Wake Forest: Houston Baptist, Gardner-Webb and Georgia Southern nearly had some company on the list of lower-level programs to come into Joel Coliseum and upset Danny Manning's Demon Deacons. Credit to Brown and Childress for refusing to let it happen again.

Columbia: Plays Binghamton on Wednesday night in its home opener.