In a battle of the Tigers, LSU's offense wore down Clemson to take college football's crown. 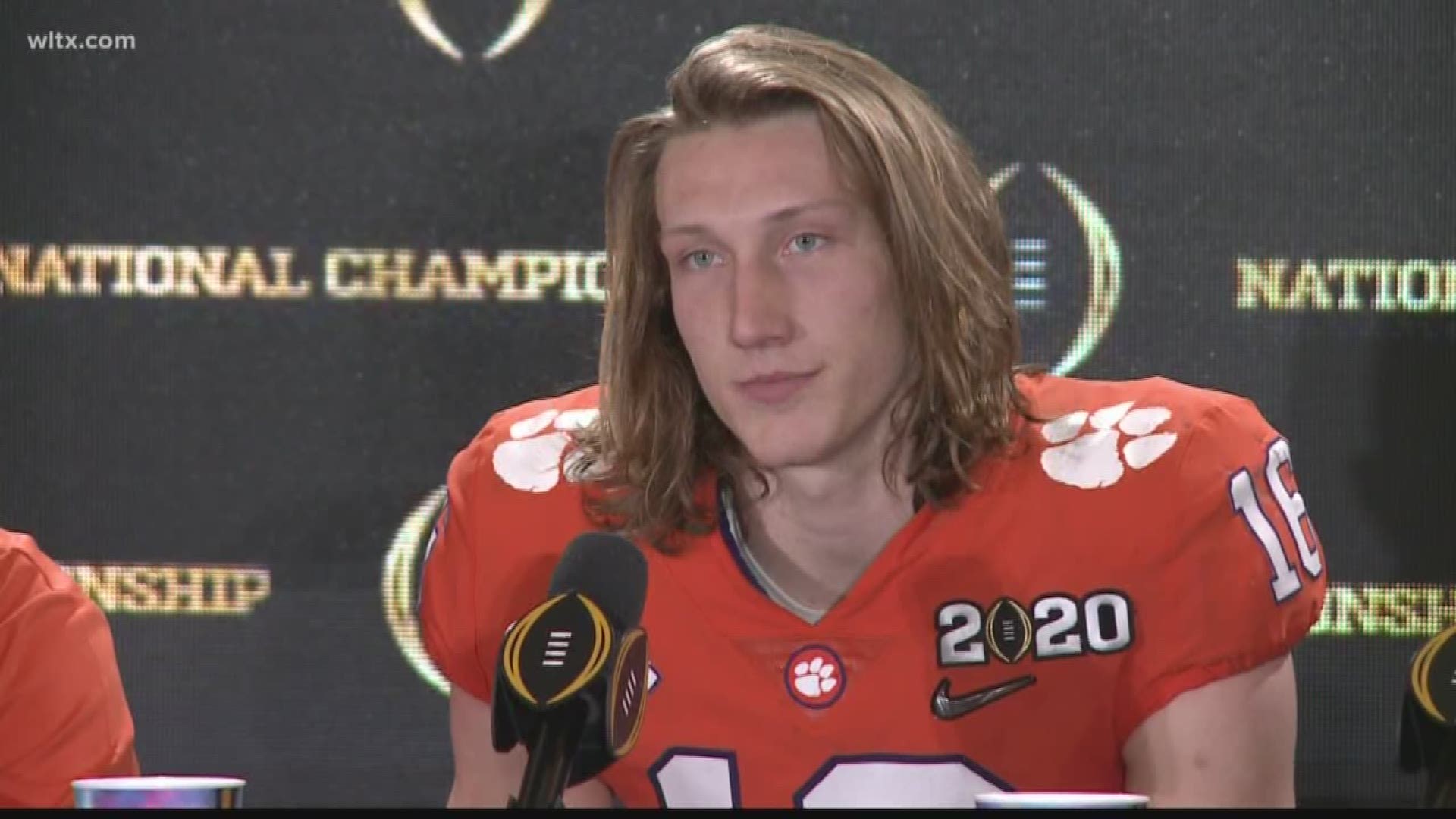 NEW ORLEANS — Heisman Trophy winner Joe Burrow shrugged off a slow start to have a record-setting performance as he led the LSU Tigers to a 42-25 win over Clemson in the College Football Playoff National Championship.

Burrow, who’s expected to be the top pick in this year’s NFL Draft, threw for 463 yards and 5 touchdowns—both championship game records--against a very good Clemson team. The Tigers of South Carolina gave up a season high 628 yards of total offense, uncharacteristic for this defense.

His counterpart, Clemson’s Trevor Lawrence, played fairly well too, finishing with 264 yards passing, but it ultimately became too much for he and his teammates to keep up with LSU’s record setting offense which was ranked number one this season. (Burrow also set the all-time single-season record for touchdown passes with 60.) 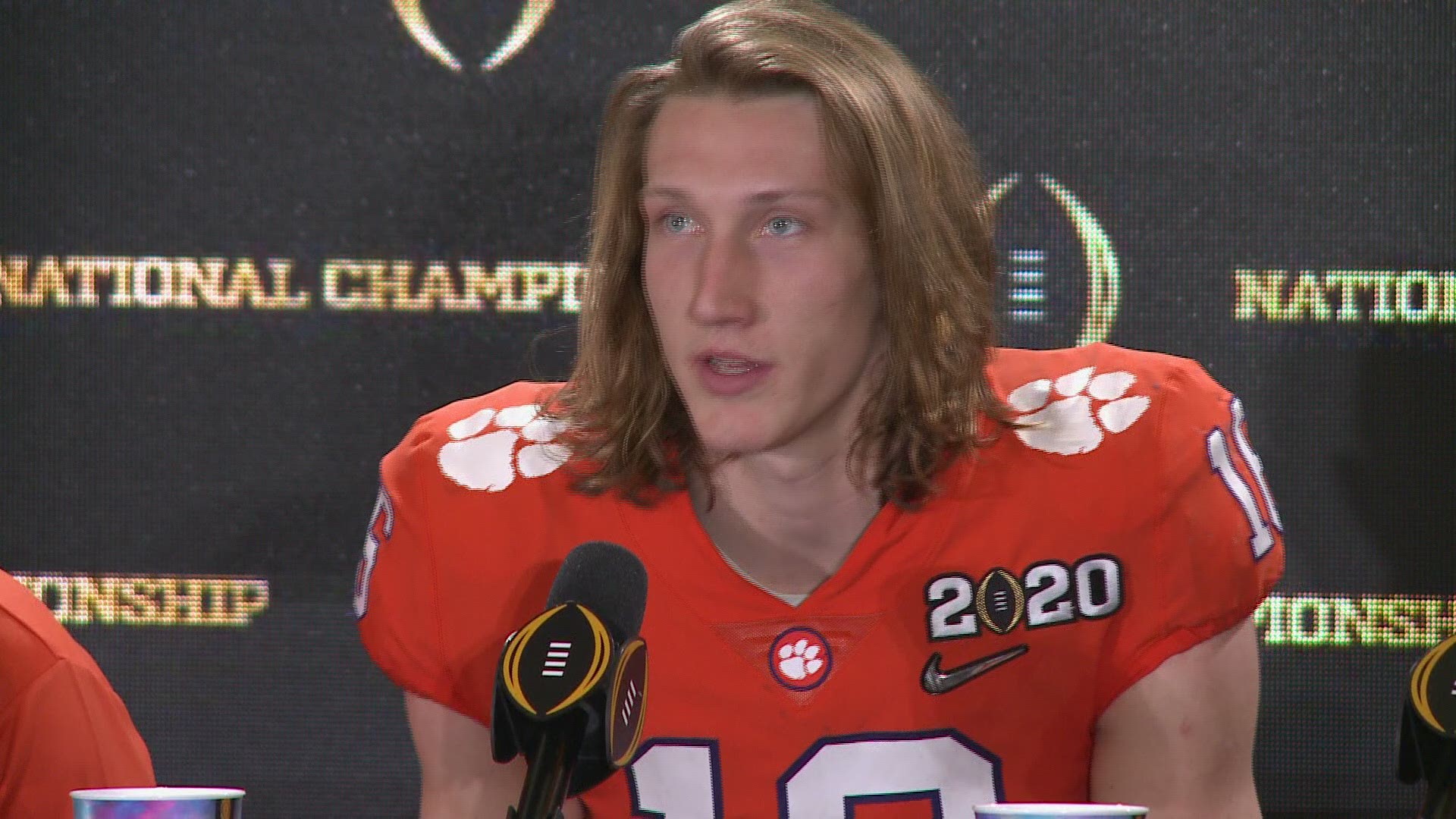 RELATED: Clemson fans are confident heading into the big game

In doing so, Burrow led LSU to a 15-0 season, becoming just the second team in modern college football to win that many games. The only other team? Last year’s Clemson Tigers.

It's the fourth national championship in school history for LSU and their first since 2007.

"Tonight was about LSU. I thought they played a beautiful game," said Clemson Head Coach Dabo Swinney. "Joe Burrow was tremendous and their receivers made incredible plays. Give them credit, they played a great game and deserved to win. I’m very happy for Coach O [Ed Oregeron]. This was their night."

The loss stopped the 29-game winning streak for Clemson (14-1), which was an all-time record for Clemson’s program, and the 12th longest in college football history. Their last loss was January 1, 2018, 742 days before.

There were, of course, controversial plays. Clemson fans were not happy about a long LSU touchdown pass where the receiver appeared to step out of bounds. LSU were flagged for pass interference on a Trevor Lawrence to Justyn Ross pass play. And Clemson linebacker James Skalski was ejected for targeting, an always controversial call.

Clemson started off well early, building a 17-7 lead in the second quarter. But LSU rattled off 21 unanswered to take the lead.

They wouldn't relinquish it for the rest of the contest.

Still, there's no hanging of the head for Clemson. They won two titles in three years, nearly won a third, and will be one of the top contenders next year with Trevor Lawrence coming back.

SCORING UPDATES FROM THE GAME:

11:41 PM - Clemson extends to largest lead of the game

Joe Burrow throws yet another bomb. 24 yards to a leaping Terrace Marshall Jr.

With his last TD pass, LSU's Joe Burrow set the all-time record for touchdown passes in a season, with 59

LSU's Joe Burrow tosses a short pass to Thaddeus Moss, who barely squeaks it past the goal line for the score.

Clemson linebacker James Skalski was penalized by the referees and ejected for targeting, after he hit an LSU player's shoulder with his helmet.

After LSU rattled off 21 straight points, Clemson returned to the endzone with a 3-yard power run by Travis Etienne. Clemson went for the 2-point conversion and got it.

LSU stretches the lead right before the half Set up by a gutty Joe Burrow run, he then throws a TD pass to Moss

Burrow tosses a 14-yard pass to Ja'Marr Chase in the endzone. Chase has over 150 receiving yards, and it's not even halftime.

LSU QB Joe Burrow matches Trevor Lawrence with a rushing TV of his own.

After catching the pass, Clemson's Tee Higgins ran around and through the LSU defense for a 36-yard touchdown score.

Checking back in at the Esso club in Clemson, fans celebrate the last Clemson score

After struggling for most of the first quarter, LSU finally found its mojo.

Another look at Trevor Lawrence's score

Trevor Lawrence capped a 5 play, 67 yard drive with a one-yard touchdown run of his own.

Clemson and LSU are known for offense, but not on their first few plays.

The first four drives (2 for Clemson, 2 for LSU) all end in punts.

8:23 PM - Clemson doesn't score on the first drive of the game

Clemson got the ball first to start the game. They didn't get any points, but they did have this nifty pass from Trevor Lawrence to Justyn Ross for a big first down.

7:02 PM - Catching up with the First lady of Tiger Football 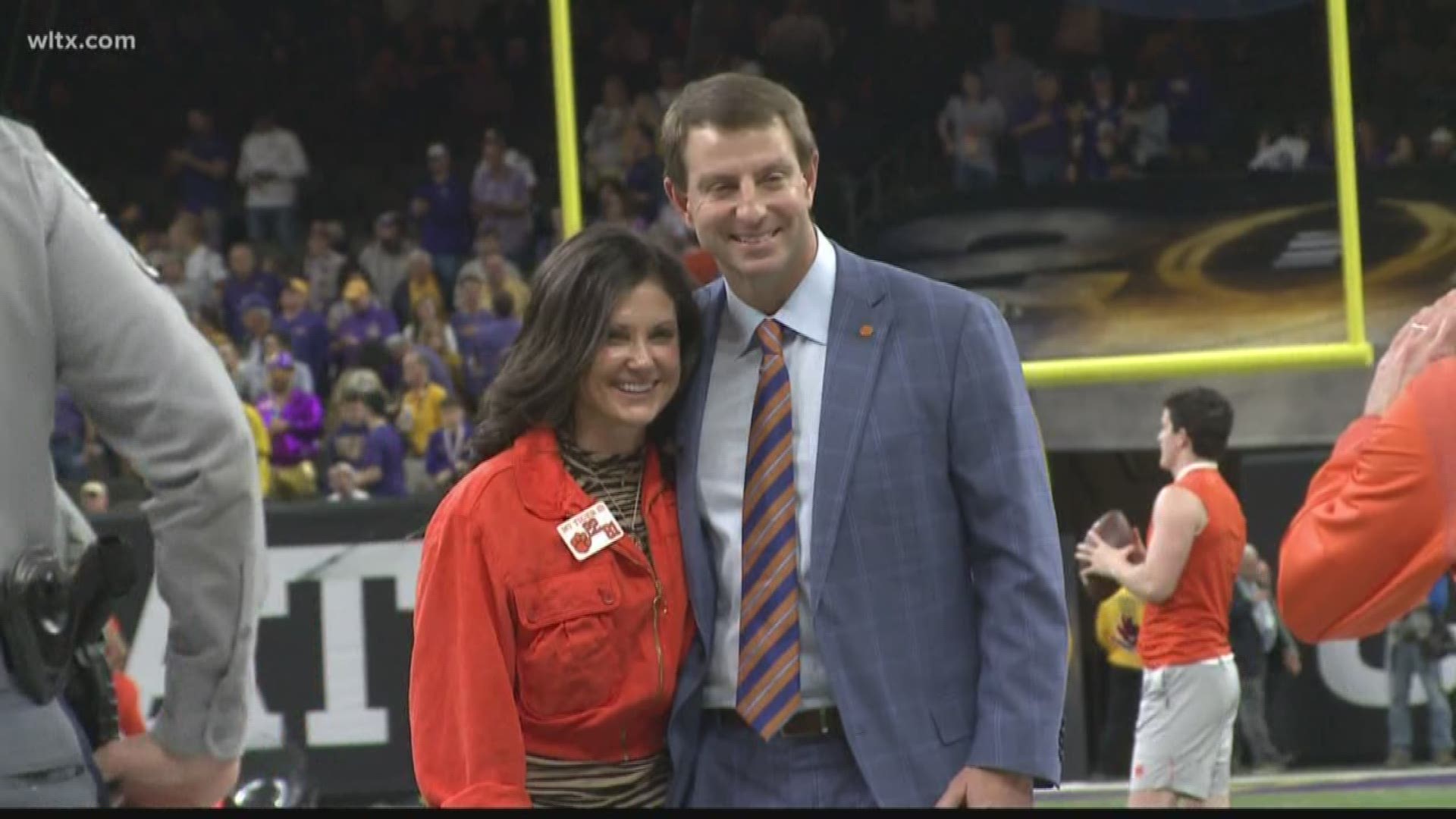 6:14 PM - The Clemson Tigers arrive at the stadium

Coach Dabo Swinney, quarterback Trevor Lawrence, and the rest of the team enter the Louisiana Superdome

Not every Clemson fan could make it to New Orleans, of course. Some of those who couldn't go area in Clemson and gathered at the Esso Club.