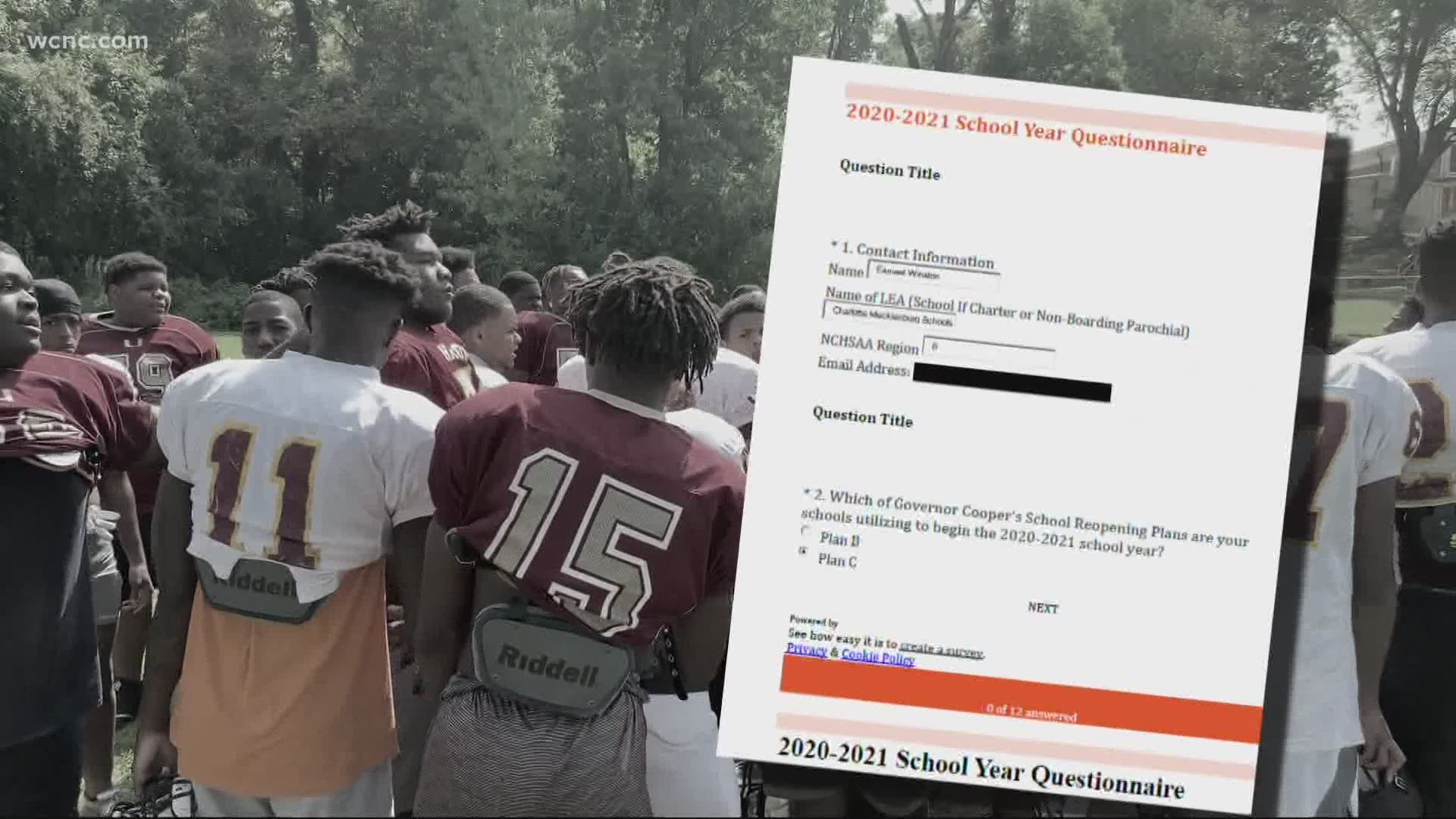 On Thursday, WCNC Charlotte obtained a copy of survey answers given by Winston to the state's athletic association (NCHSAA), indicating the district would not play fall sports while in Plan C learning, which would be 100 percent remote learning.

"As I answered that survey, I weighed recent information into my thinking," Winston said in a statement. "That said, my thinking in response to questions in the pulse survey do not represent a change in the district’s position."

Winston indicated no final decision on fall sports would be made until the NCHSAA announced more information.

Earlier on Thursday, the association announced it was further extending its fall sports delay beyond Sept. 1, without giving a new date that competition could start.

The NCHSAA says it hopes to announce a sports calendar by Aug. 17.

One question in the survey asked districts if the start date was postponed past September, if they would prefer to play all fall sports in the second semester.

CMS answered "yes" to that question.