Back-to-back Division I Championships are coming to Greensboro in March. 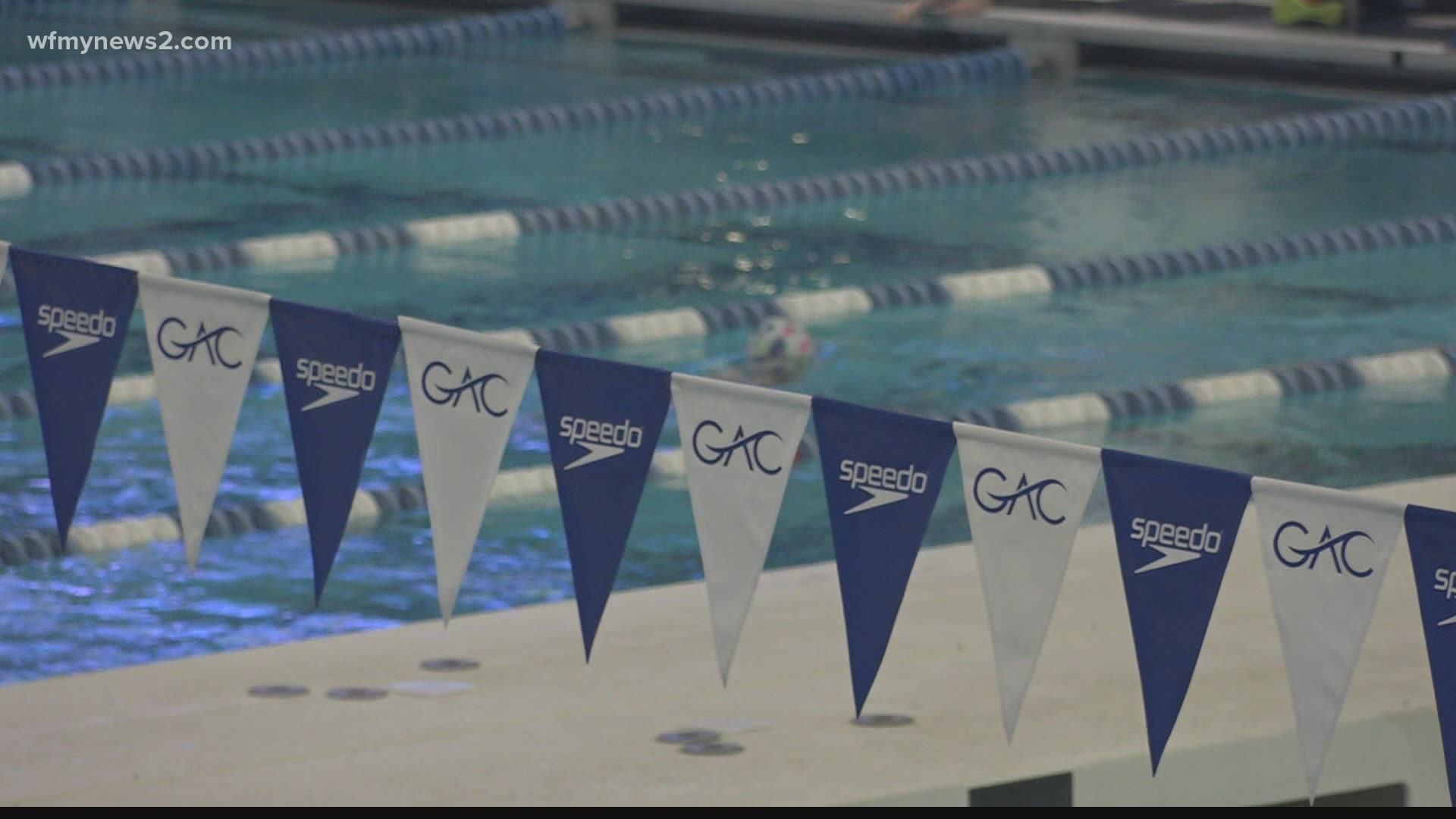 GREENSBORO, N.C. — The Greensboro Aquatic Center announced it will host the NCAA Men's Division I Swimming & Diving Championships for the first time in 2021.

“The NCAA Men’s Division I Swimming & Diving Championships is an event we have pursued since the GAC opened in 2011,” said GAC Manager Susan Braman. “To be able to host the Women’s Championship and Men’s Championship over back-to-back weeks will be a historic opportunity for us. We can’t wait to welcome the top collegiate swimmers and divers to our state-of-the-art venue.”

GAC was previously awarded the Division I Women's Swimming & Diving Championships for 2021. Those competitions will take place on March 17-20, before the men's events.

Here's a look at the history of past NCAA Championships the GAC has hosted. This is the first time hosting Division I Men's championships.

The Greensboro Convention and Visitors Bureau expects a $3 million economic impact in total - $1.5 million for each tournament weekend.

The GAC is already planning for different scenarios, optimistic that COVID-19 won't derail the sought-after events.

"It is a mixed bag when you finally reached that peak where you've got the biggest championship you've ever had your eyes on - and now we're living through COVID," said Susan Braman, manager of the GAC, "We don't know if we will have spectators, for example."

Since June, they've allowed fewer swimmers and swim teams back in the pools for practice and meets. But, current mass gathering rules don't allow more than 25 spectators.

Braman's optimistic for more fans in the stands just over 5 months from now. The center already boasts a top-of-the-line air filtration system - the same kind used at the White House and in hospitals - and now they're considering several different socially-distanced seating plans.

"They were able to put together a 30% and a 50% manifest for capacity. Obviously, we would like to have 100%, but we are prepared for one of those numbers and hope that will be beyond that when March comes," Braman said.