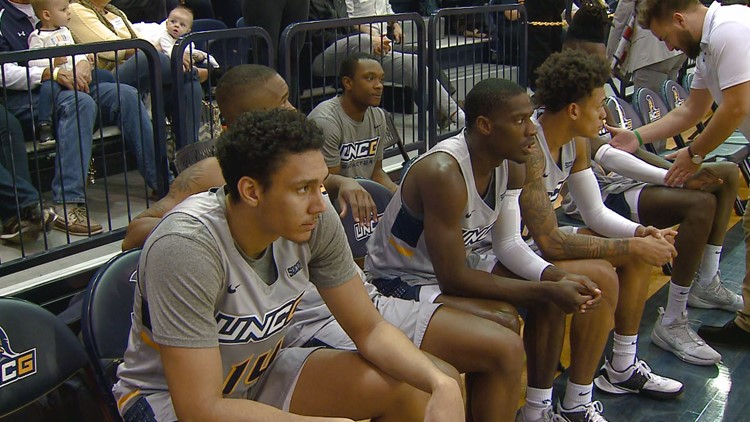 GREENSBORO, N.C.  – After UNC Greensboro men’s basketball junior guard Isaiah Miller hit a layup with three seconds left, it looked like the Spartans were going to win their second game in as many days in the Spartan Invitational. However, a half court buzzer beater by Montana State’s Harald Frey resulted in a 67-66 victory for Montana State in Fleming Gymnasium. With the outcome, UNCG is now 3-2 through the first five games of the season.

For the game, UNCG shot just 36.2 percent from the field while Montana State made 21-of-40 attempts (52.5 percent) in the Spartans’ one-point loss.

Miller led all scorers in the game with a season-high 20 points. He was one of four UNCG players to reach double-digits on the night.

--The loss snaps an eight-game winning streak in Fleming Gymnasium for UNCG which dated back to Dec. 3, 2016.

Up Next For The Spartans:

UNCG will conclude the Spartan Invitational on Monday night when they restore an old Southern Conference rivalry against Appalachian State. Tip-off for that game will be 7 p.m. in the Greensboro Coliseum.