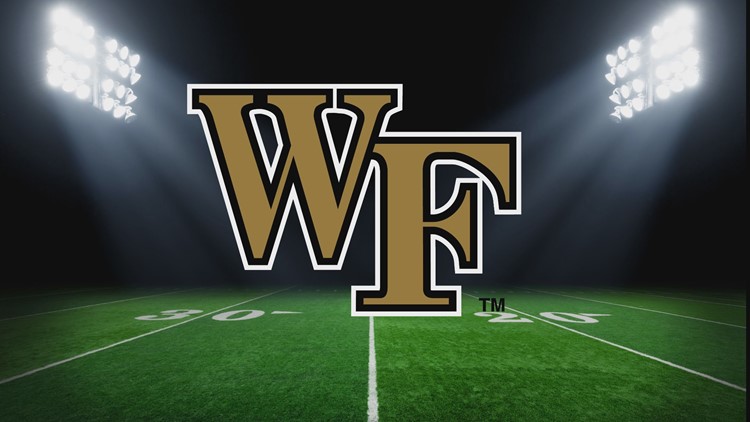 HOUSTON — Jamie Newman was 21 of 27 for 312 yards and three touchdowns, Scotty Washington had seven catches for 158 yards and two touchdowns and Wake Forest beat the Rice Owls 41-21 on Friday night.

Newman, who started 13 of 14, also rushed for 29 yards. Sage Surratt finished with six catches for 45 yards and a score, and Kenneth Walker III had 125 yards on nine rushes, including a school-record 96-yard touchdown run with 13 minutes left in the fourth quarter, for the Demon Deacons (2-0). Wake out gained Rice, 513-321 yards.

Tom Stewart completed 19 of 30 for 185 yards and a touchdown after replacing starter Wiley Green, who was carted off the field with 4:44 left in the first quarter. Brad Rozner finished with 103 yards on six catches for Rice (0-2).

Green was trying to dive head first into the end zone and being met by Royce Francis and Justin Strnad. The Rice training staff immediately ran across to the field to the far sideline to attend to Green, who was placed on a backboard. Green gave a thumbs up as he left the field. Green was 3 of 5 for 69 yards.

After Rice tied it at 14, Wake scored the next 27 points, with Newman finding Washington for touchdowns of 25 and 59 sandwiched around two Nick Sciba field goals to give the Demon Deacons a 34-14 lead with five minutes left in the third.

Wake Forest: The Demon Deacons were able to keep pressure on Rice's quarterbacks throughout and finished with four sacks and eight tackles for loss and stopped Rice on the goal line to open the fourth quarter. The Wake offensive line gave Newman plenty of time to throw and keep drives alive. Wake Forest finished 7 of 14 on third downs.

Rice: The Owls were able to recover from an early 14-0 deficit with two quick scores in three minutes to tie the game with 1½ minutes left in the first, but struggled offensively from there. The Owls had a tough time running the ball, finishing with 67 yards on 37 carries. Rice won the time of possession by 12½ minutes.

Rice starting cornerback Tyrae Thornton was ejected with 9:02 left in the first quarter after being called for targeting on a tackle of Surratt.