'You get your damn act together': Jerry Jones gets salty on radio show

Dallas Cowboys owner Jerry Jones was cut off by the station's dump system when he swore during the interview. 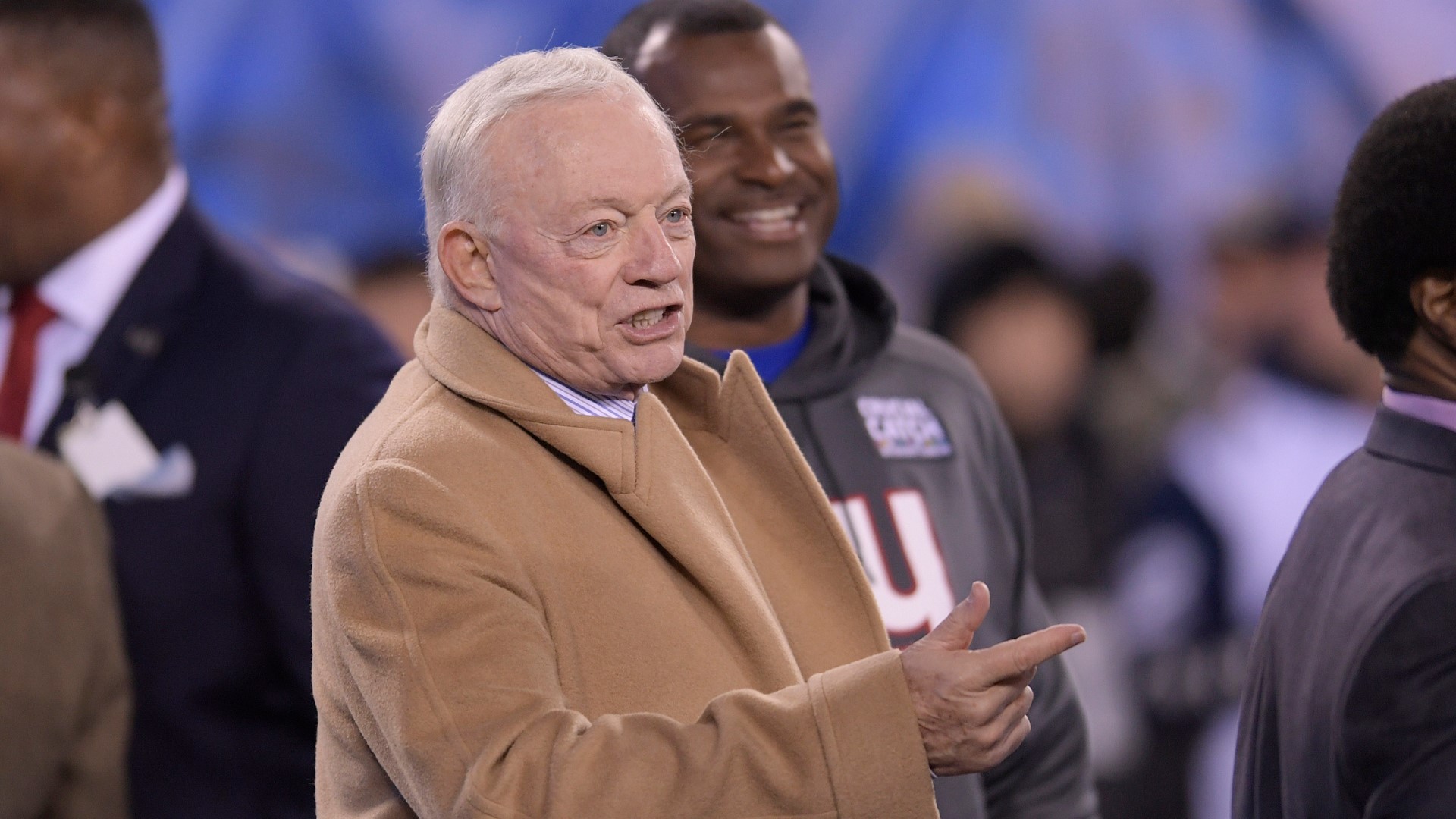 DALLAS — Frustration is boiling over in Dallas.

He was salty during a radio interview with 105. 3 The Fan when asked about how badly the Cowboys have played.

”Are you embarrassed as an organization about how the team is playing," host Cory Mageors asked Jones.

"Hey get your damn act together yourself, OK? We are going to have a good visit this morning, but settle down just a little bit,” said Jones.

Moments later Jones said "I don't like your attitude" and "I don't have the patience to jack with you today."

In fact, Jones' cursing caused the station's system to hang up on him.

Kevin Hageland, who co-hosts the show with Mageor at The Fan, said he thought Jones' response of "Get your damn act together" was how Cowboys fans feel about the team in general.

Online evidence supports that claim. Fans are angry and showing it.

A video posted on Twitter shows Cowboys fans getting into a fight at Soldier Field after the embarrassing loss to the Bears.

”He knows that people are furious right now, but he also conceded he understands why. He says, 'We are not playing well right now,'” said Hageland.

Fans say they are sick and tired of the same old mediocre team year after year.

”I think the hype is gone, the fire, the drive is gone,” said Eric Cordero, a longtime Cowboys fan.

And fans are placing most of the blame on Jason Garrett, who in 10 years as head coach only has two playoff wins.

”He’s got to go for sure. The team won’t change with him there,” said Cordero.

Most fans would welcome the change.

Even with a losing record and a team that looks like they have given up, the Cowboys still lead the NFC East and are in the hunt for the playoffs.

But for many fans, that’s not enough. They want better.

For now, the Cowboys have a week and a half to prepare for their next matchup, when they face off against the Los Angeles Rams on Dec. 15.