Sammy Thompkins and Amber Garner escaped catastrophe with their lives. 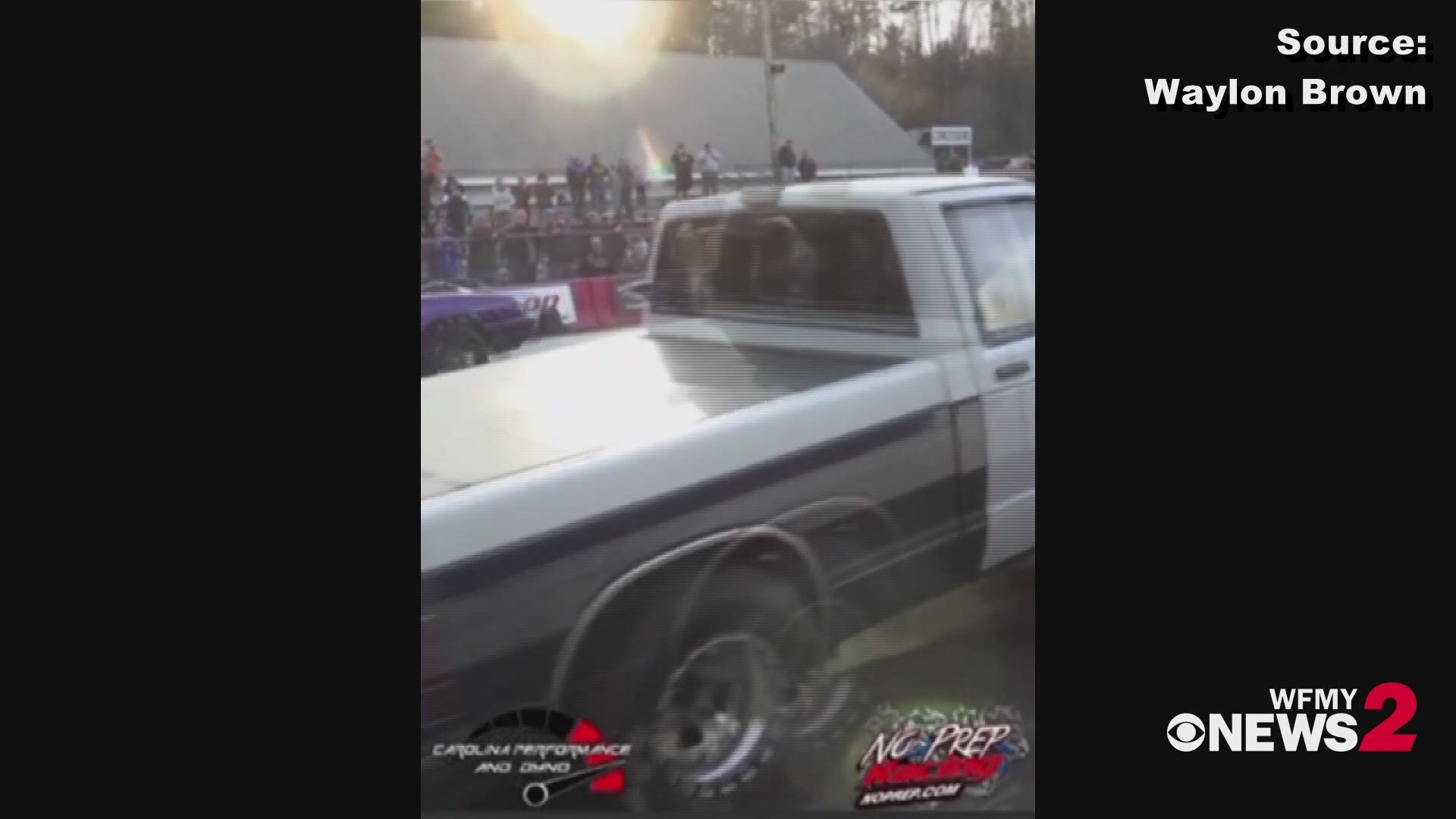 WILKESBORO, N.C. — Sammy Thompkins's senses were struggling to keep up as his purple Ford Mustang tumbled across the finish line at Wilkesboro Dragway. Strapped into his racing cockpit, Thompkins could feel his head pressed against the roof.

It's a position the TKM Performance racer never wants to experience again. Three-quarters through the speedway's March 20 race, Thompkins lost control of the vehicle and it swerved into a guard rail. The collision lifted all four of the car's tires into the air. A pole supporting the raceway's scoreboard prevented Thompkins from careening off the track, but it effectively cleaved the car in two.

Miraculously, Thompkins walked away from the wreck unscathed, and perhaps more remarkably, unfazed. He went fishing the following day with minor muscle aches. He plans to race again with his wife's blessing.

"In drag racing, it's a battle between traction and horsepower," Thompkins said. "At any point in time, on any surface, these things happen."

Thompkins credited his protective gear for saving his life.

Amber Garner, however, did not have protective gear.

Standing toward the end of the track, debris from the crash hit the 22-year-old, breaking her right arm in four places, fracturing her knuckle and leaving her right arm gashed, according to Wilkes County EMS and Amber's sister, Ashley. She was taken to Wake Forest Baptist Hospital and had successful surgery the following Wednesday, WCEMS said. Amber is now recovering and in good spirits, according to her sister.

The track's owner, Phil Halbedel, said Garner "should not have been so close to the scoreboard" but declined to comment on the incident further.

"I'm praying for her family and for her to have a speedy recovery," Halbedel said.

Thompkins echoed the sentiment. Immediately following the crash, he urged paramedics to attend to Garner before him.

"My condolences go out to her and her family. When I was on my way home from the race, they were on their way to the hospital," Thompkins said. "My wife and my 9-year-old daughter were at the track with me that day. That hit me pretty hard. I hate it for the entire family. Drag racing can be dangerous. It's kind of the nature of the beast, but it doesn't make you feel any less terrible about it happening."

Thompkins has shared the family's fundraiser on his Facebook page and hopes to continue to receive updates on Amber's condition from Garner's family members.