Durham Bulls player struck in the head by a ball

Zombro immediately dropped to the pitcher's mound and began having what appeared to be a seizure. 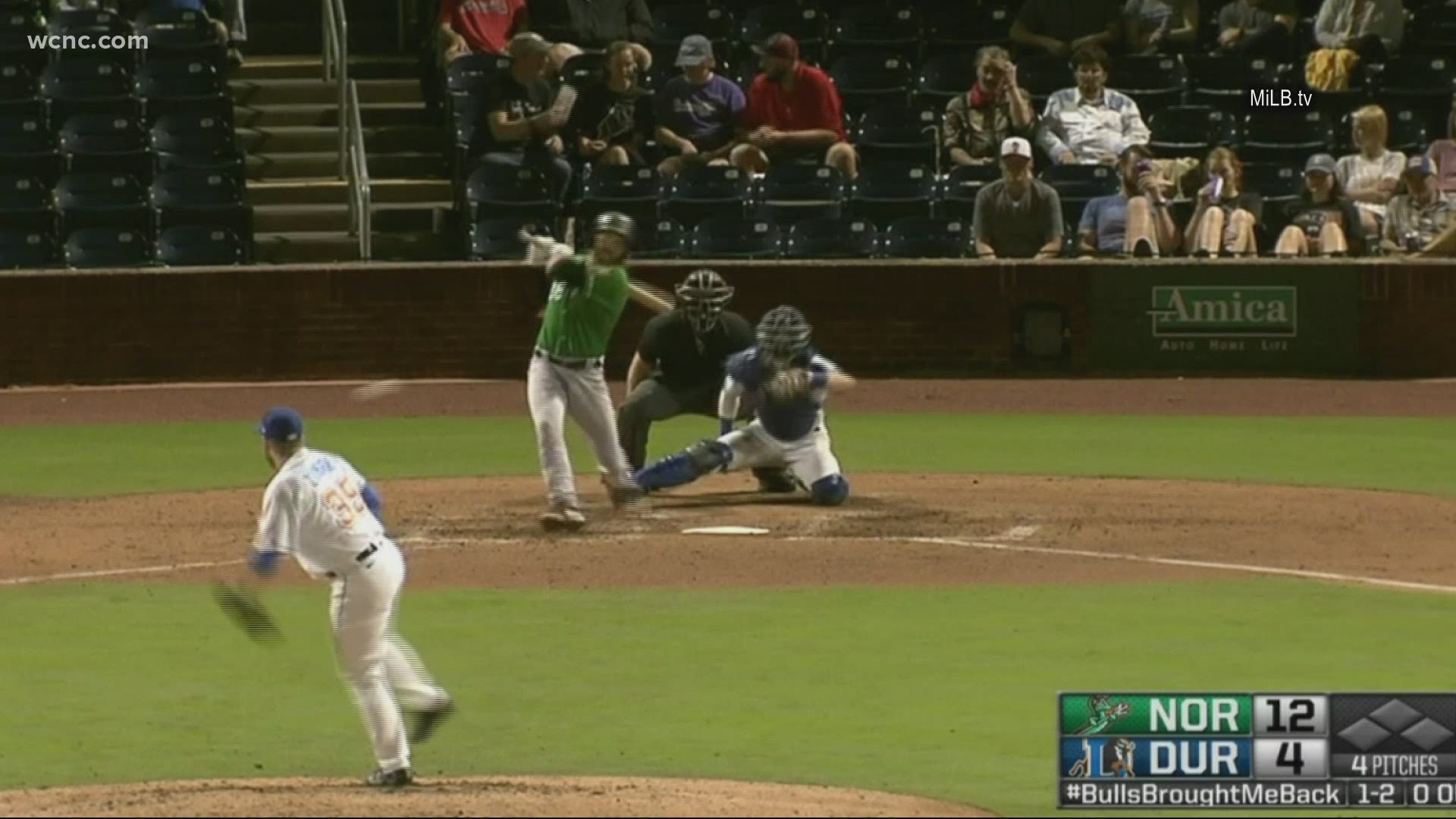 A pitcher was rushed to the hospital after being hit in the head with a batted ball.

Durham relief pitcher Tyler Zombro was throwing to his first batter in the eighth inning when he took a line drive off of the side of his head.

Zombro immediately dropped to the pitcher's mound and began having what appeared to be a seizure. The game was then suspended, which is very rare.

A stretcher was brought to the field and Zombro was rushed to the hospital. According to a statement from the Tampa Bay Rays, Zombro is in stable condition and is currently undergoing observation.

A statement from @RaysBaseball on the condition of @T_Zombro24: pic.twitter.com/iMi7ve9ZBi