A North Carolina fan came to the second round of the tournament in 2020 and returns again in 2021. 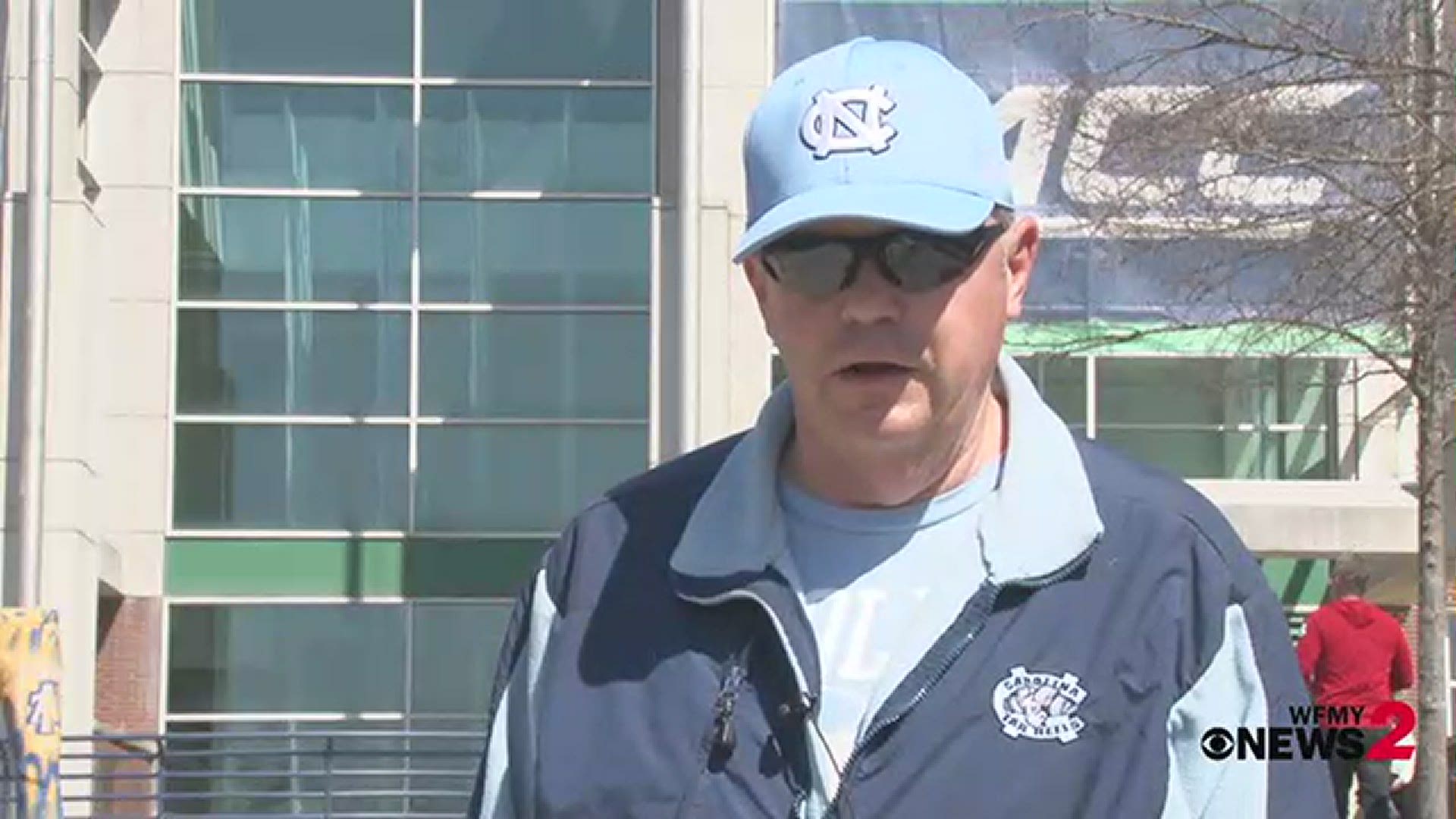 GREENSBORO, N.C. — One year ago, questioned about the coronavirus surrounded the 2020 ACC Men's Tournament.

On Wednesday March 11, 2000, the ACC announced no fans would be at the rest of the tournament.

"It was weird. It didn't see real, totally unreal," said Shep Bone, who is a North Carolina fan.

The next day, before any teams took the court, the tournament was canceled. For the past year, many fans haven't had a chance to see a basketball game in person.

On Wednesday March 10, 2021, Bone came back to the tournament to see the North Carolina Tar Heels play in the second round of the 2021 ACC Tournament.

"It's been 363 days since I've been at a college basketball game. We're going to be here all day to see all four games, which is going to be awesome."

He came to the second round action with his grandson, Mason. He said he wants to keep Carolina basketball as a family tradition.