A father and son's bond at the ballpark

Aiden Kennedy and his dad try to go to as many Greensboro Grasshoppers as they can. 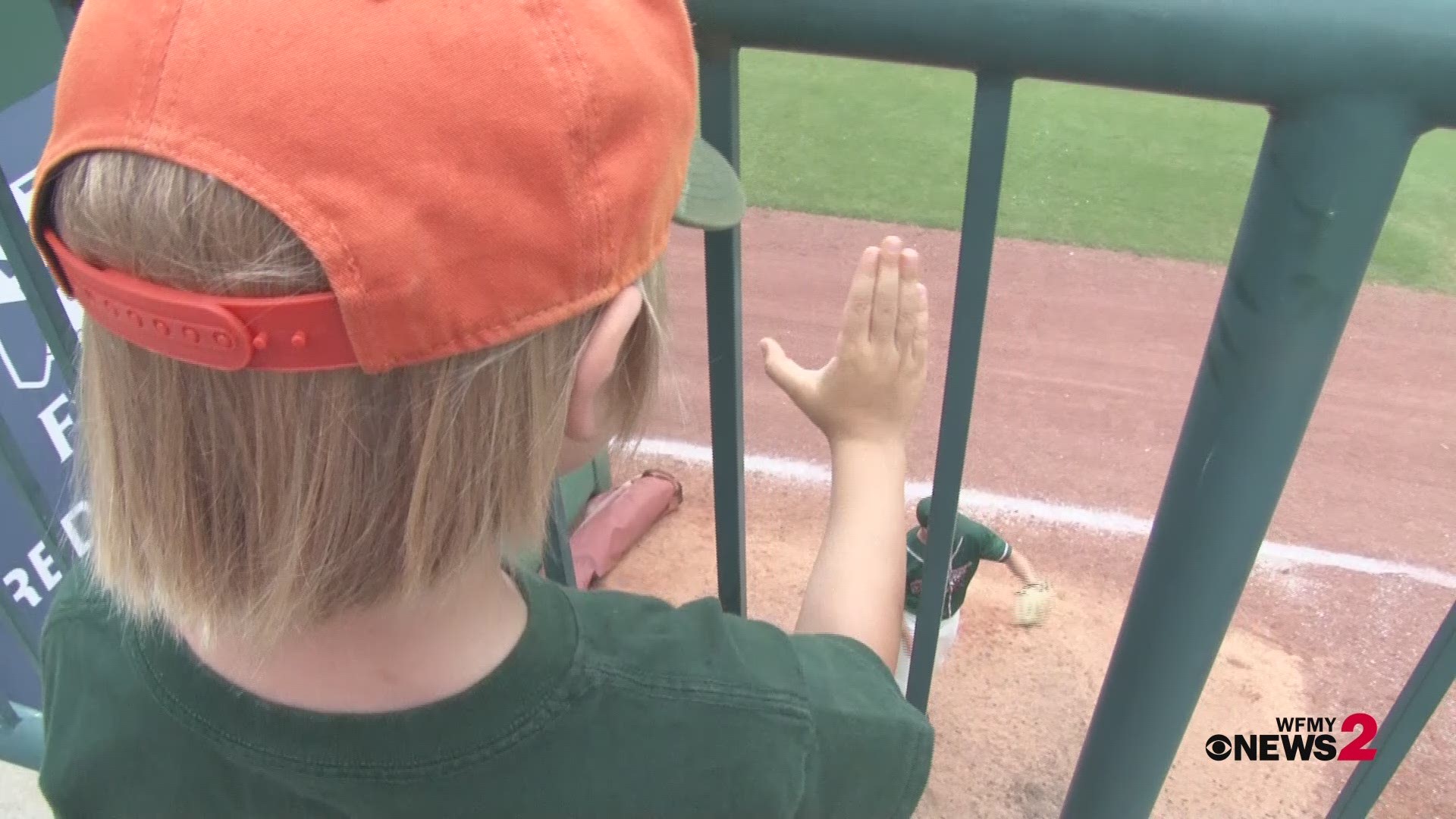 GREENSBORO, N.C. — The Greensboro Grasshoppers hosted the Winston-Salem Dash for 6 games. It was an opportunity for Hoppers fans like 5-year-old Aiden Kennedy and his to see a game.

“I like baseball, and when they hit home runs, and they just knock them out of the park, and do fireworks," said Aiden Kennedy, who is Greensboro Grasshoppers fan.

The Kennedy's are season ticket holders, but they couldn't go to games last year since COVID-19 canceled the season.

“We’ve been coming to games for as long as we could until the pandemic hit," said Matthew Kennedy, whos is Aiden's dad and a Greensboro Grasshoppers fan.

Now, for the 2021 season, they're back in the stands to watch the Hoppers take on the Dash.

“We took it for granted," said Matthew. "We’re so appreciative that the grasshoppers do so much for families.”

Dad said he tries to take Aiden to the ballpark as much as he can. They've lived in Greensboro for 5 years.

“We don’t get tired of it," said Matthew. "I make sure to sit him in different places. I try to teach him the fundamentals of baseball.”

“I don’t know what more you could ask for for a dad," said Kennedy.

Aiden enjoys coming to First National Bank Field, just as much as his dad does and he loves experiencing it with this dad.

“I love him more than anything in the whole wide word," said Aiden. "He’s just the best dad in the world.”

The Hoppers and Dash finish the series tied. The Dash won the first 3 games, while the Hoppers won the last 3.