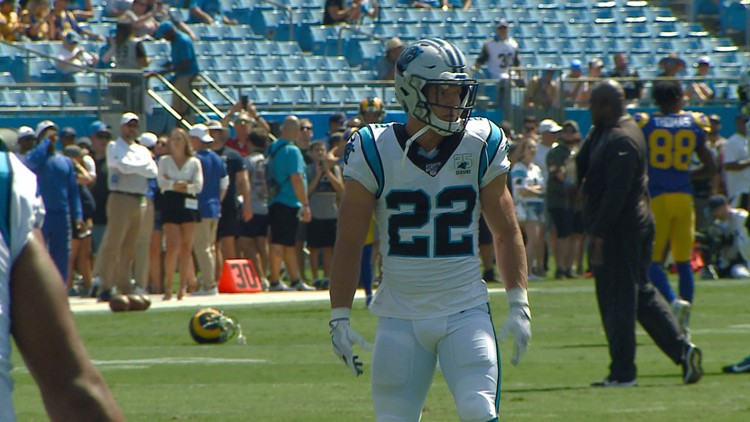 CHARLOTTE, N.C. — Jared Goff threw for 186 yards and a touchdown, Malcolm Brown ran for a pair of scores, and the defending NFC champion Los Angeles Rams spoiled Cam Newton's return with a 30-27 win over the Carolina Panthers on Sunday. Todd Gurley started and ran for 97 yards on 14 carries after being limited to 8 yards rushing on five carries in the first half. Brown was the primary ball carrier for the better part of three quarters and finished with 53 yards on 11 carries.

Christian McCaffrey led the Panthers with 209 yards from scrimmage and two touchdowns. It was a rough day for Newton, playing in his first regular-season game since Dec. 17, when a lingering shoulder injury forced him to the sideline. Newton completed 25 of 38 passes for 239 yards, but had a costly backward pass that resulted in a fumble deep in Carolina territory, and a fourth-quarter interception.He rarely threw deep downfield. 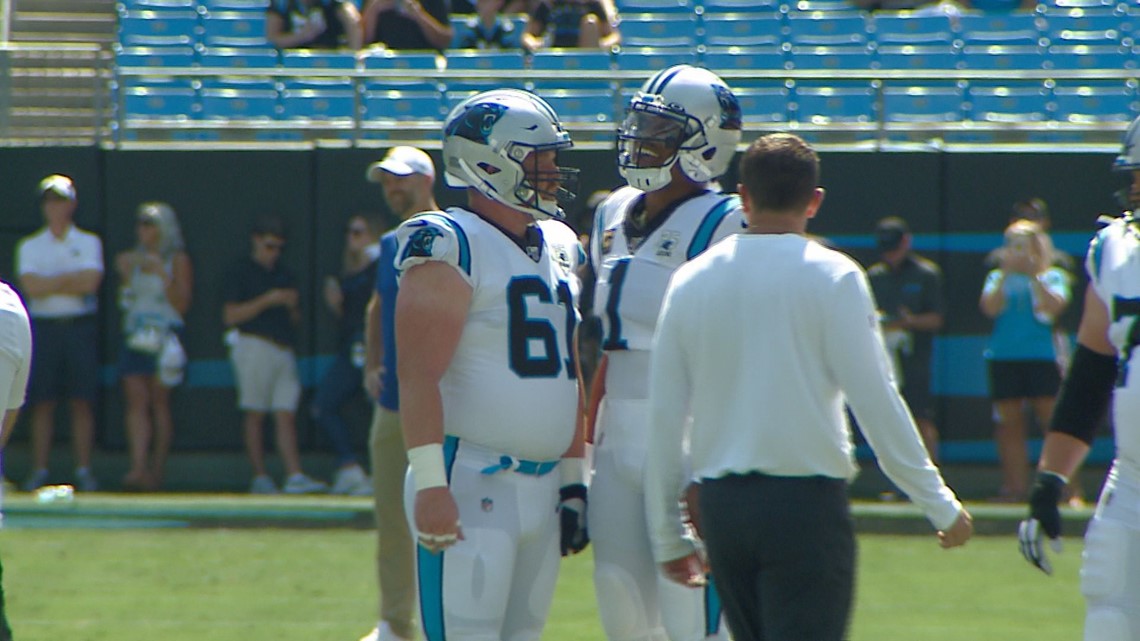 With the Panthers trailing 23-13 early in the fourth quarter, Jermaine Carter blocked Johnny Hekker's punt and the Panthers recovered at the Rams 5 yard line. McCaffrey scored on a 2-yard run two plays later.

But the Rams would score on a 5-yard TD strike from Goff to Tyler Higbee with 6:42 left to make it a two-possession game. Carolina cut the lead to 30-27 on Alex Armah's TD run with 2:00 left. The Rams recovered the onside kick and Gurley helped run out the clock. Gurley had 64 yards rushing in the fourth quarter, helping wear down the Panthers' 3-4 defense.

Panthers: have short turnaround before they host Buccaneers on Thursday night.