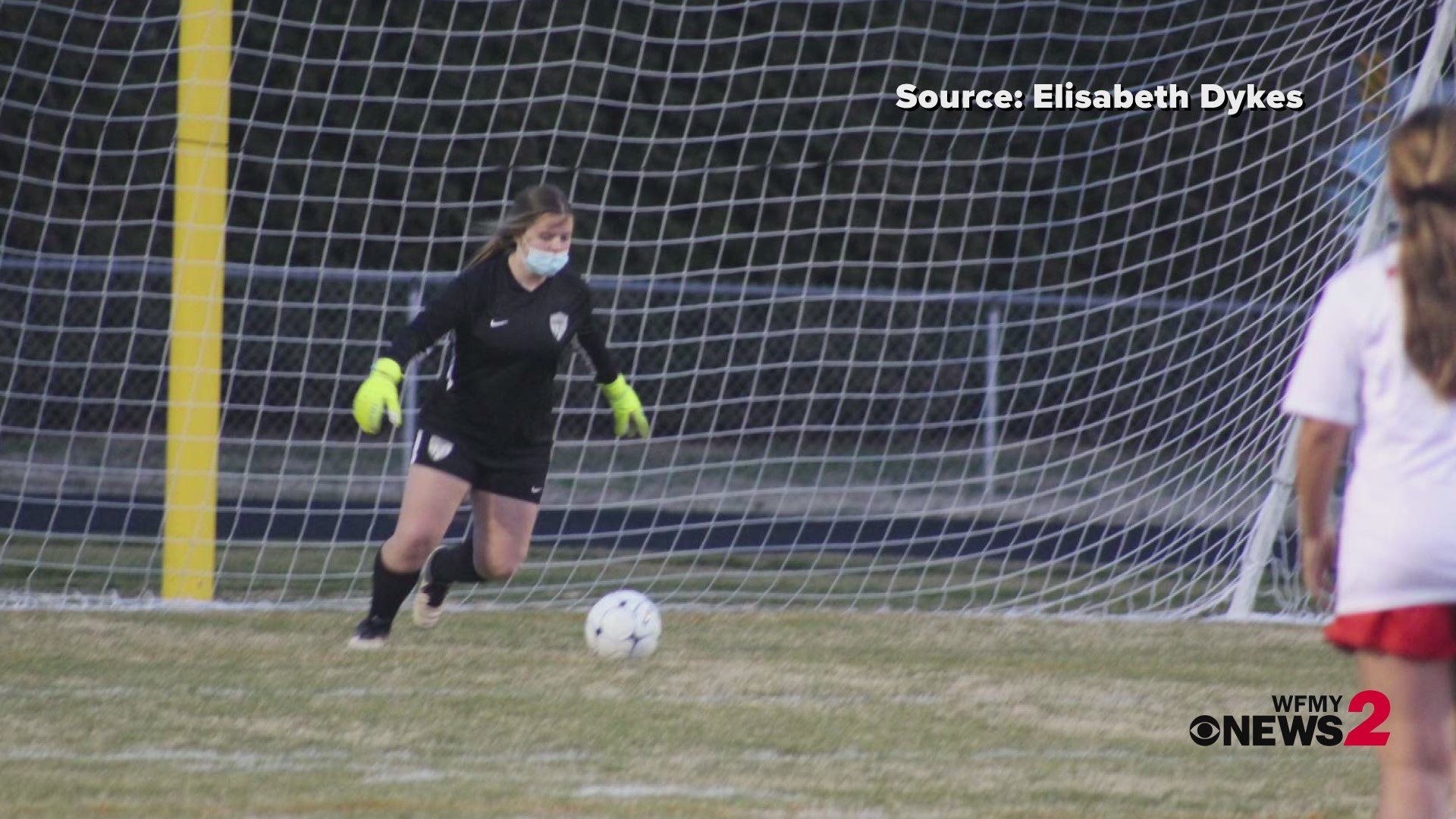 KERNERSVILLE, N.C. — For the past 11 years, you could catch Elisabeth Dykes on the soccer field playing goalie.

“I’m a soccer player," said Elisabeth Dykes, who is a freshman kicker for Glenn High School.

Now as a high school freshman, she's taking on a new unexpected role as a kicker for Glenn High School's football team.

“I know I could kick," said Dykes. "My brother does film and knew they needed a kicker, so he kinda helped me out with that.”

Head coach Antwon Stevenson wasn't so sure Elisabeth would be the Bobcats answer.

“I’ve always been the one saying 'I don’t know about girls playing football', said Antwon Stevenson, who is the head coach for Glenn High School's football team. "She came out and she did well, and one thing I like about Elisabeth is her confidence."

Even though she's confident out there, Elisabeth said she feels more pressure being the first girl to play football for Glenn.

“It's just me in my head I'm the only female out there, but I know to them if anything ever happened to me, they would always be there no matter what," said Dykes. "They’re my new brothers."

“She definitely plays a vital part," said Stevenson. "She fits right in."

She wants to make one thing clear for girls who may want to follow in her footsteps.

“If I'm a female in an all basically dominant male sport, then you can do it too," said Dykes. "There’s nothing holding you back.”

“It's been a match made in heaven type of deal," said Stevenson.

"I'm just another player on the team," said Dykes.

Dykes said she'll still play travel soccer but when it comes to high school, she said she wants to put all her focus on football.