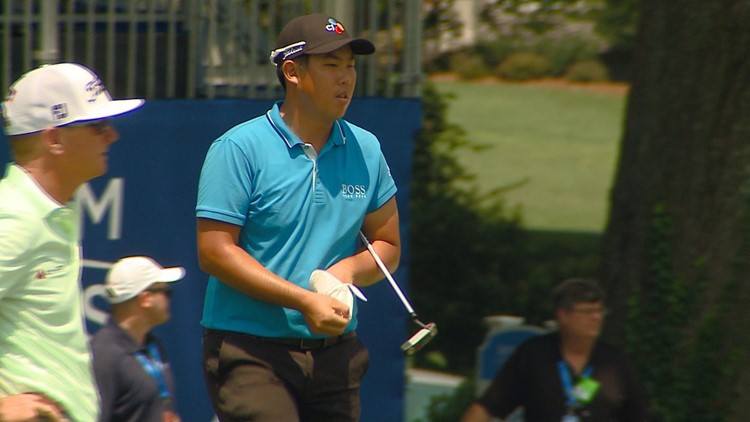 An, Im Share Lead At 62 After 1st Round Of Wyndham Championship

GREENSBORO, N.C. (AP) - Byeong Hun An and Sungjae Im each shot 8-under 62 on Thursday to share the lead after one round at the Wyndham Championship.

Mackenzie Hughes, Rory Sabbatini, Patrick Rodgers and Johnson Wagner were a stroke back behind the South Korean leaders in the final PGA Tour event before the FedEx Cup playoffs.

Both co-leaders shot the best rounds of their PGA Tour careers. An, a 27-year-old South Korean seeking his first career victory on tour, closed with birdies on four of his final six holes and a sand save on the par-4 18th.