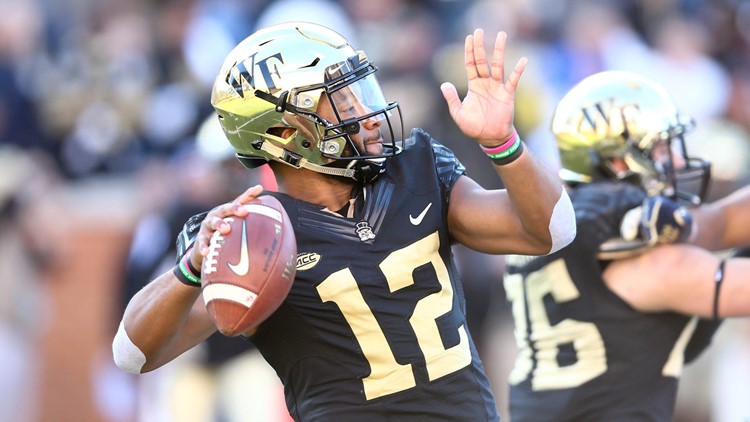 The Graham High School stand out took over for Sam Hartman in the 2018 season after he suffered a season-ending leg injury. He helped lead the Demon Deacons to an upset over North Carolina State.

Newman is from Graham, North Carolina and graduated from Graham High School in 2016. One of his former coaches said his success is encouraging to the community.

"It means a lot having a young man come from Graham High School, go play division 1 college football, and now be named the starting quarterback is definitely huge for this area." said Bernard Fuller, who was Newman's assistant coach at Graham High School. "It's more motivation for the young guys that are going to be out here, to let them know when you put your mind to something and you have a dream, don't let people tell you that you can't achieve something. Anything you want in life you can definitely achieve."

Wake Forest will open the season against Utah State on August 30th.