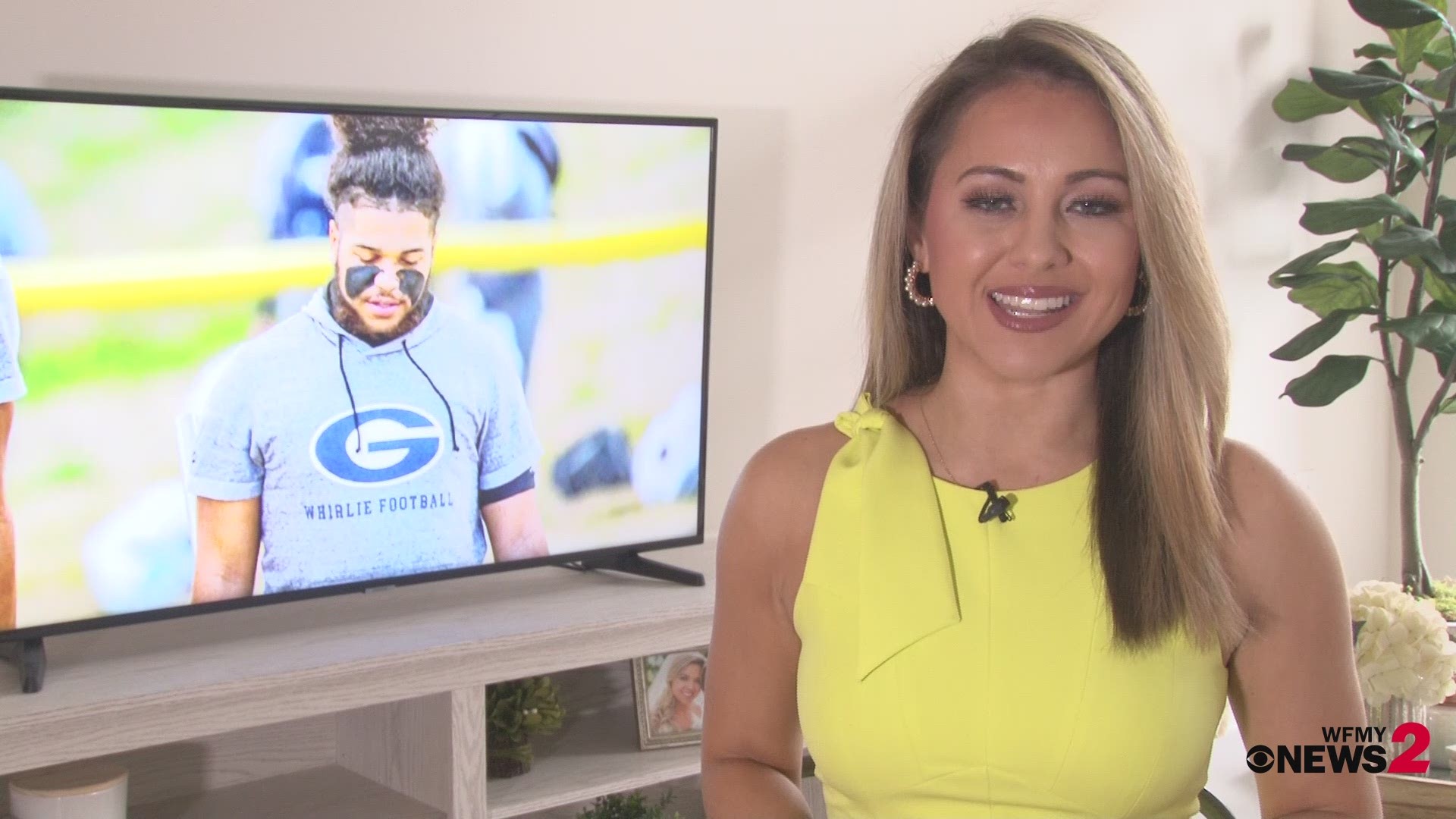 GREENSBORO, N.C. — March is all about the madness on the court, but this year we're also playing high school football here in North Carolina.

One Triad player is getting some national recognition.

During the football season, the NFL awards a player who demonstrates the best playing technique. It usually goes to an NFL player, but this week, the honor went to a Grimsley High School linebacker.

“I just woke up this morning, I'm having a regular day, and then I got a tweet from the NFL," said Quentin Williamson, who is a senior linebacker for Grimsley High School.

“I thought my teammates were playing a joke on me," said Williamson. "Then I actually saw it and it was verified. My mom saw it and went bonkers. It was pretty nice to have that recognition nationally on tv especially from a hall of famer. It makes me want to stay humble and keep grinding.”

Williamson isn't only receiving some praise, he won some cash for Grimsley football. The school will get $1,500 plus Williamson gets to donate $2,500 to a program of his choice.

“We could definitely get a new tackling sled for the guys next year or some new jerseys," said Williamson.

“I was like 'it cant be real'," said Williamson. "I play with a 5 star at my school and a 3 star and a lot of people with D1 offers, but I just have to keep staying humble.”

It's something he earned and he's also earning some new nicknames on the field.