The two Panther goals were provided by Juliette Vidal and Skyler Prillaman. 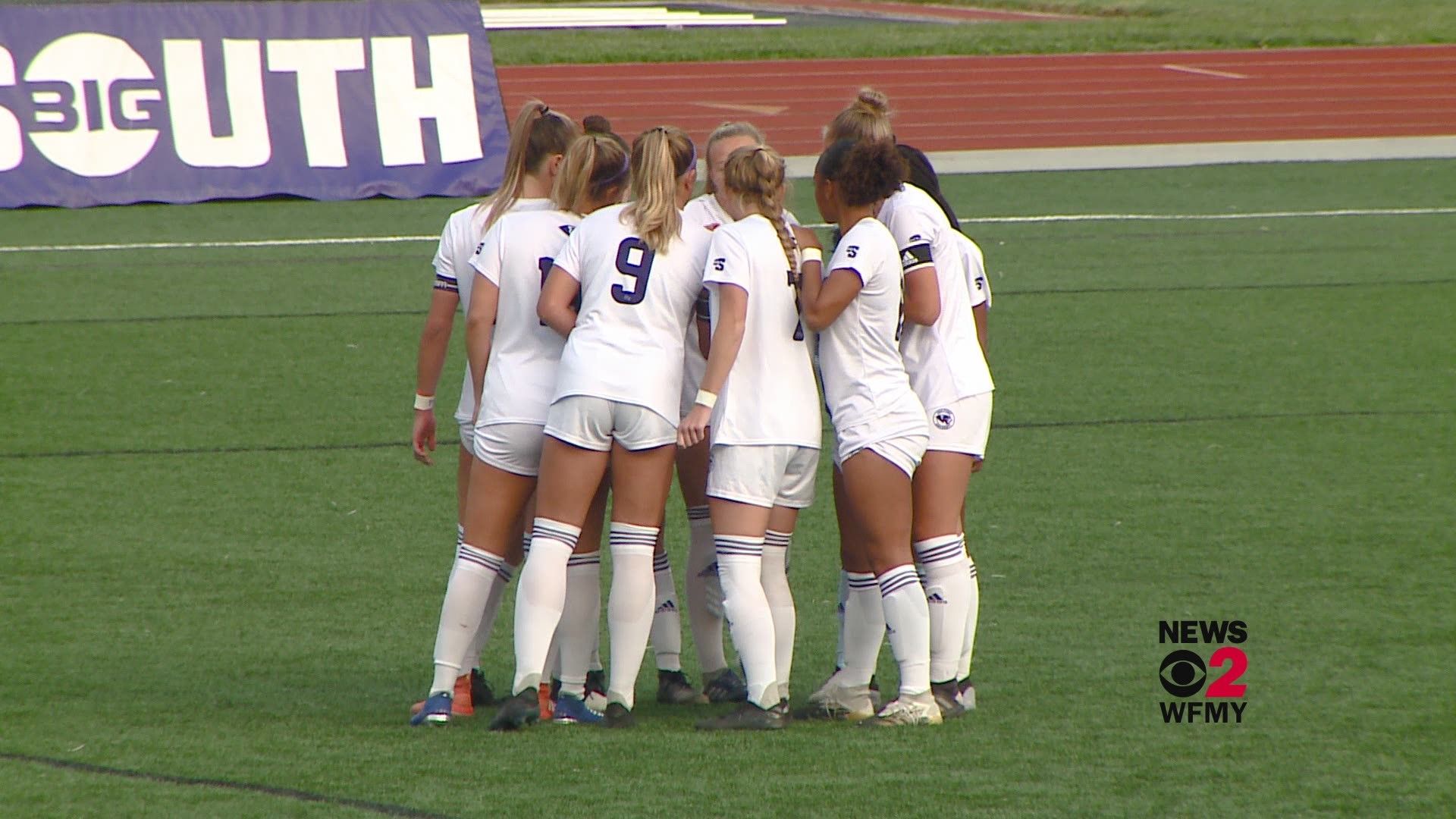 HIGH POINT, N.C. – The High Point University Women's Soccer team will advance to the championship of the Big South Tournament on Friday following a 2-0 semifinal victory over  Longwood.

High Point will face Campbell with the chance of doing a Big South regular-season and tournament double.

The Panthers came into the game with an NCAA RPI ranking of #9 in the country, #25 via Top Drawer Soccer rankings, and #24 via College Soccer News.

The two Panther goals were provided by Juliette Vidal and Skyler Prillaman.

"Tonight, we could not be prouder of the group, they came out ready to play," Coach Brandi Fontaine said after the Big South Semifinal win. "We weren't sure what we were going to get out of Longwood today, but tell you what they came out with a lot of heart and gave us a good run for our money. We knew that they would probably come out with a different plan but our girls held strong and really pushed through in times where adversity and chaos started to happen. We lost a little bit of our identity but quickly gained it back and just found ways to finally break them down."

The action was fast to start the game both sides threatened to score early with Longwood driving the ball to the Panther side searching for chances in the first ten minutes. However, the Panthers began to find their groove as they advanced. One save from Morgan Hairston kept the Lancers at bay through the first half.

Longwood was able to hold High Point at zero until the 37th minute. Chloe Le Franc sent a high, lofted ball into the box. Vidal attacked the ball in the box, winning the challenge over the goalkeeper. Vidal was unable to direct her first effort goal-bound. Lauren Mazich did well to keep the attack alive and headed the ball back across the box. Vidal was able to finish the second time of asking for her fourth goal of the season.

A series of very neat combinations play down the wing between Emma Schossler and Magdalena Schwarz almost led to a goal three minutes into the second half but the shot was sent over the bar. A big save in the 53rd minute by Hairston maintained the Panther's shutout.

The Panthers doubled their lead in the 65th minute through Prillaman. Schossler won the ball at midfield, brought it down to her feet, and slipped a beautifully weighted pass to Prillaman. Prillaman was able to outrun her defender and finish with a low hard strike to the back post. The Longwood goalkeeper got a hand on it but was not able to keep the shot from rippling the back of the net. It was Prillaman's third goal of the season and Schossler's first assist of the night

High Point recorded their 10th straight win of the season, breaking a program record for consecutive wins. Hairston made five saves en route to her seventh, and High Point's seventh, shutout of the season. High Point heads to their first Big South Championship game since 2017, looking to go undefeated in all Big South play. As well as, secure a berth into the Panther's seventh NCAA Tournament.

"I am just really excited for us to have this opportunity, I am really proud of the group. Our target all year is bringing home the championship. I will be even more excited when the championship is coming home, we have to take it every minute it's 90 minutes and we have to make sure we show up ready to play." Coach Fontaine said looking towards Friday's championship game.

UP NEXT: The Panthers will take on Campbell in the Big South Tournament Championship. The game is set for Friday, April 16th at 7 PM inside Vert Stadium.