Game 2 in the 3A State Championship Series is scheduled for 10:00 a.m. on Saturday at North Davidson High School in Lexington. 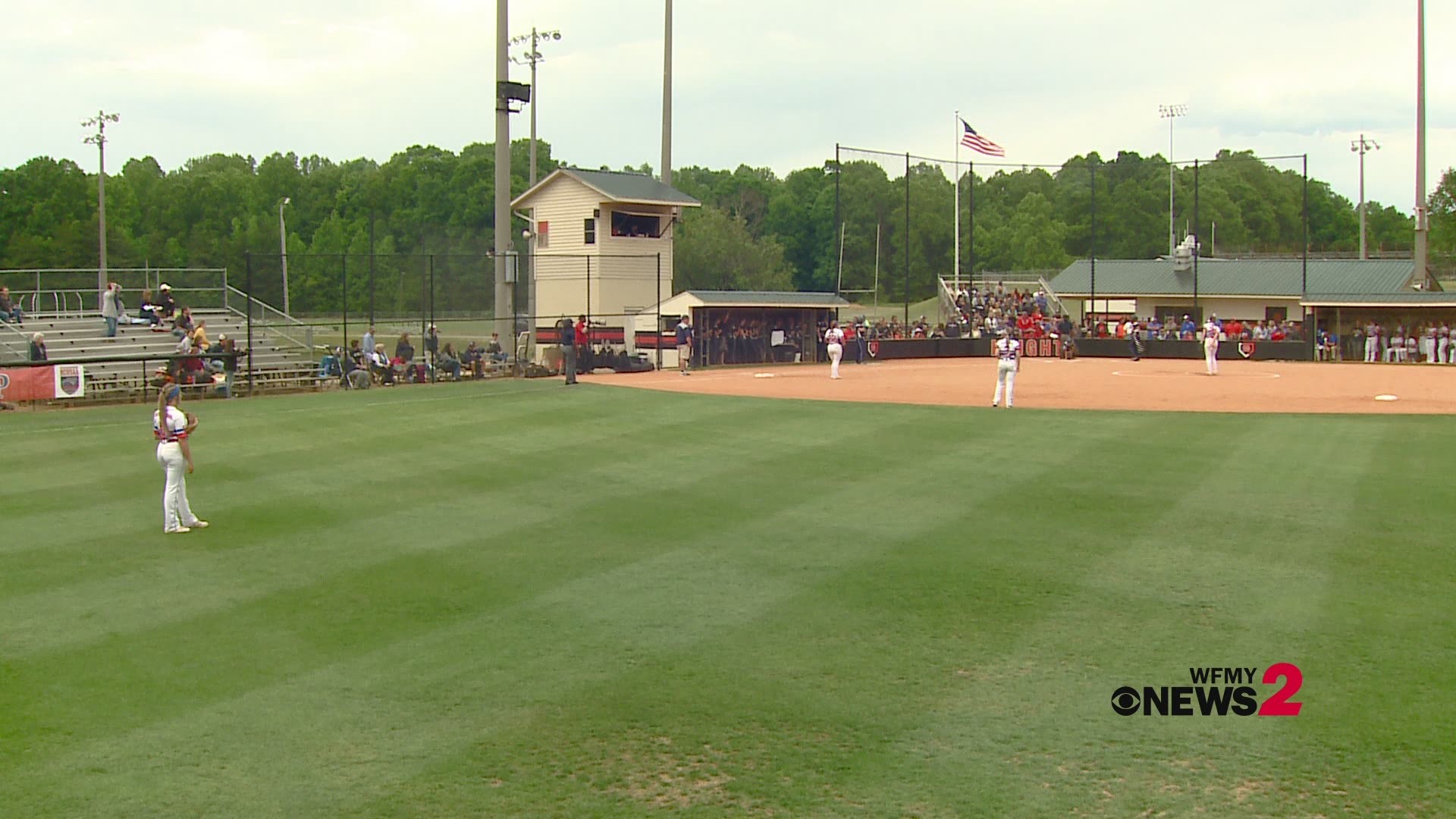 LEXINGTON, NC – In a game that featured two of the most storied softball programs in NCHSAA history, Alexander Central fell behind late and answered the challenge immediately by scoring seven runs in the final two innings to blast Southern Alamance 8-2 in Game 1 of the 2021 3A Softball State Championship Series.

Faith Carrigan handled duties in the pitching circle for Alexander Central, cruising along until Southern Alamance got to her in the bottom of the fifth inning during a two-run, two-out rally. After surrendering a two-out walk to Brianna Gallagher, Carrigan gave up three straight singles and saw two runs cross the plate to put the Patriots on top 2-1.

Carrigan’s teammates picked her up in the top of the sixth plating three runs to surge back in front 4-2. Chesney Stikeleather got the go-ahead run home with a two-RBI double that pushed Darcy Childers and Abby Teague across.

The Cougars tacked on another four runs in the seventh when Stikeleather doubled again brining in another two runs. Stikeleather was outstanding at the dish, going 3 for 5 with four RBI and scoring one run herself.

Game 2 in the 3A State Championship Series is scheduled for 10:00 a.m. on Saturday at North Davidson High School in Lexington. If Southern Alamance can win Game 2, it would force a decisive Game 3 at 4:00 p.m. Saturday.

The NCHSAA is committed to recognizing and promoting good sportmanship and has partnered with the NC Farm Bureau to highlight individuals from each State Championship event who exemplify the ideals of outstanding sportsmanship. The 2021 3A Softball Sportsmanship Award recipients were Kassie Eldreth from Alexander Central and Niki Vaughn from Southern Alamance who were recognized prior to the opening game.