For Lawson Albright, winning a state championship was just the icing on the cake of a season many doubted would happen. 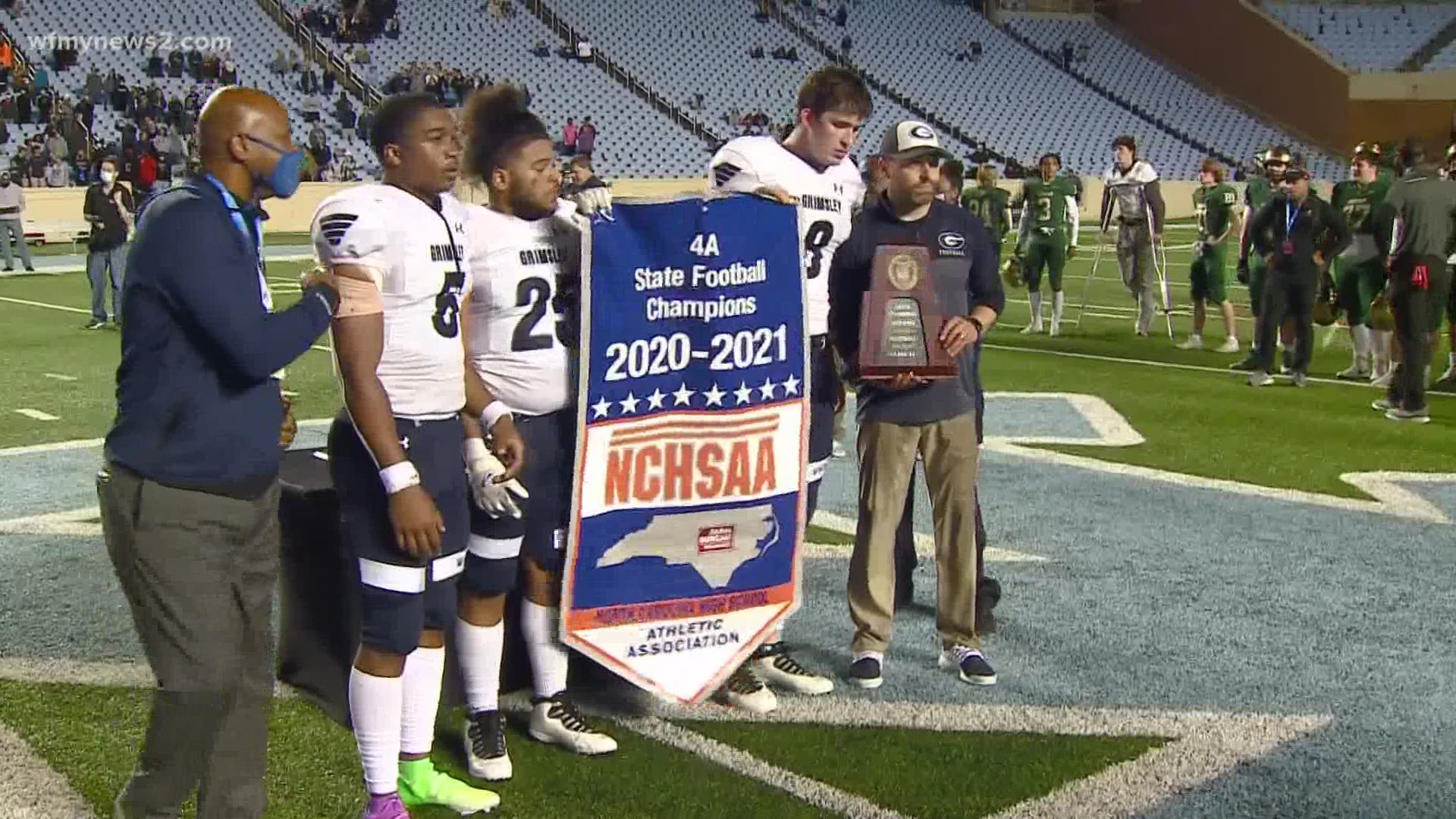 GREENSBORO, N.C. — For Grimsley Senior High School this past spring football season was one for the history books.

The Whirlies captured their first football state championship in 61 years, but for one senior this is just the beginning of his journey.

For Lawson Albright, winning a state championship was just the icing on the cake of a season many doubted would happen.

But now, what Lawson is most excited about, is what his future will be like on and off the football field.

This fall Lawson will be attending Northwestern University on a football scholarship, and Albright is excited for the challenge "I definitely expect it to be a little challenging. I know that coming in, and I know if you attack classwork like you do on the practice field you'll be fine it can be done."

Lawson is way more than the #2 ranked Tight end in the state, he also boasts a 4.54 weighted grade point average.

Although Albright says he prefers math and sciences over reading, writing, and history, he still is undecided on a major.

"Yeh I might try a computer science major, but I'll figure it out when I get there."

One thing Lawson is sure about, he's ready to take on the challenge of being a student athlete at one of the most prestigious and academically strenuous universities in the country.

Also, Lawson's father Ethan, is one of Grimsley's most famous alumni. He play 16 years in the NFL as a long snapper, and made the Pro Bowl in 2007. However Lawson and his teammates were able to accomplish something that even the great Ethan Albright couldn't, and that's bring home a state championship to Grimsley Senior High School.