Dad Wants His Son To Use A Guardian Cap With Football Helmet, Guilford County Schools Agree, but With Waiver

School officials say adding third-party devices to a school's football helmet would void its certification by regulators and make it 'piece of illegal equipment.' 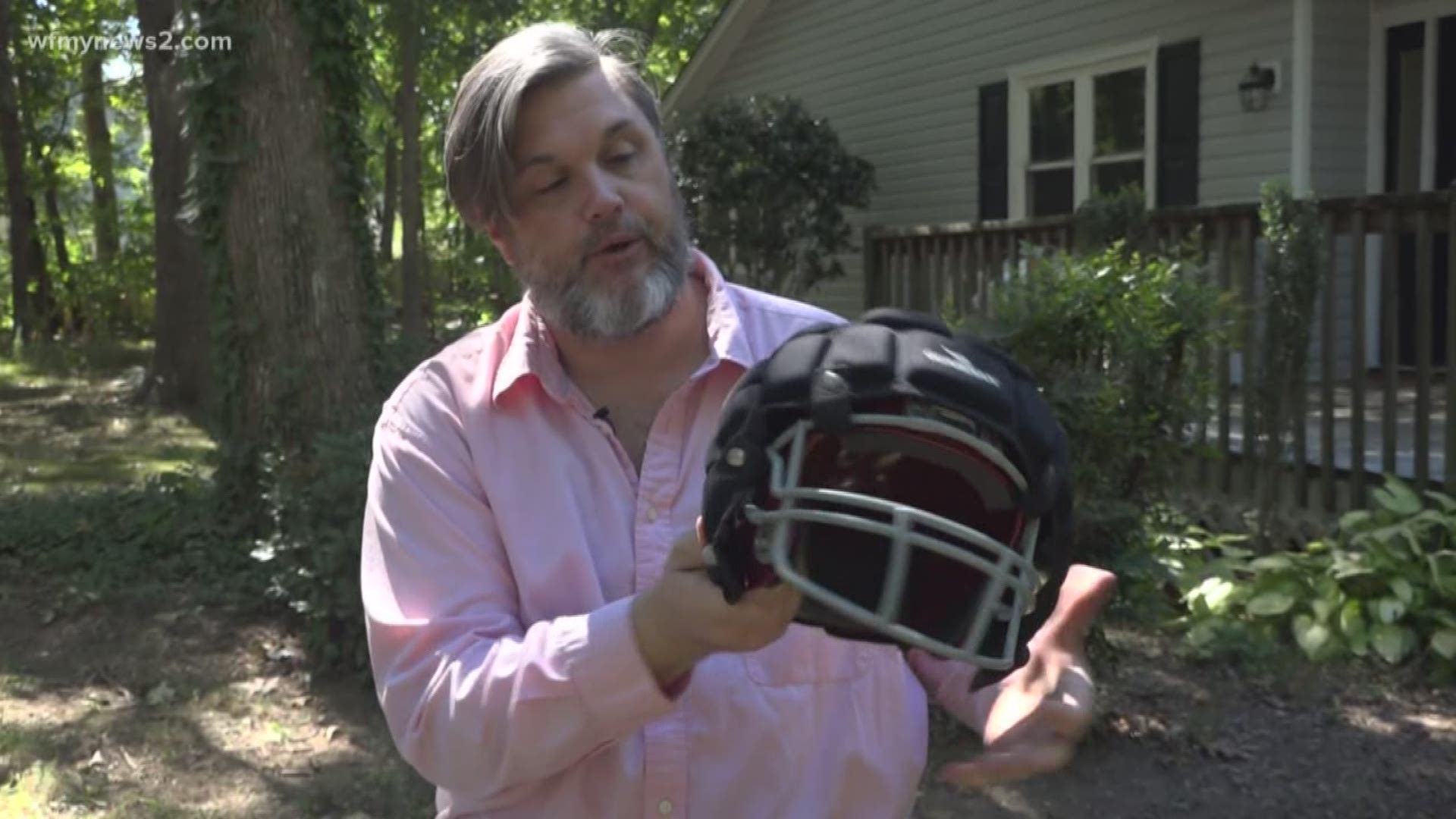 GREENSBORO, N.C. — As we get deeper into the football season, the safety of players is once again taking center stage. Concussions are the biggest issue with concerns raised about younger players whose brains are still in the developmental stage.

A Guilford County parent thought he was getting ahead of the issue when he bought additional protective gear for his son who now plays at Southeast Guilford Middle School.

That additional gear is the Guardian Cap which first came on the market in 2011 and is slowly becoming popular with some high school and college teams across the country. Guardian Caps and similar soft shell protective helmets of other brands can cost anywhere from $30 to $100.

Manufacturers of the padded helmet covering say it absorbs impact while playing football and that's why Chadrick Winkle says he got it for his son.

"With this padding, the prevailing theory is that it will reduce impact given, and impact taken, just because of this padded shell," said Winkle. His now 12-year-old son has been playing football since he was seven.

But Winkle said when he brought up the use with Guilford Count Schools officials, he said they told him his son could not use extra safety equipment with the helmet provided by the school.

"We can't use equipment that may prevent impact? All other types of equipment, padded elbow sleeves, visors, all these other things that are essentially protection are allowed except for this," said Winkle who was frustrated about the response he got from the school district.

Officials with Guilford County Schools said this was the first time a parent had brought this specific request and they researched to find out what the rules were with such additional equipment and if a player could use the Guardian Cap and how.

"It is our understanding that attaching a third-party aftermarket device such as that would void the certification of the helmet per the statement of the manufacturer," said Leigh Hebbard, GCS Director of Athletics and Drivers Education.

"If you attach after-market third-party devices to a helmet, it voids the certification which means we have a piece of illegal equipment," added Hebbard.

The Guardian Caps have not yet been approved by the National Operating Committee for Standards in Athletic Equipment which regulates football gear and this played into the school district's decision.

The NCAA and NAIA have not sanctioned Guardian Caps for game use but up to 150 college programs use it, primarily during practice.

The school district came up with a workaround for WInkle and his son with a long offered personal equipment waiver.

This means parents can buy equipment for their kids and still use third-party gear like the Guardian Cap but they will have to assume liability in the event of any incident.

Winkle says he'll spend the money to have the peace of mind that he is doing what it takes to keep his child safe. He also raised concerns that many parents who want to protect their children cannot afford the cost of buying high-end helmets that help protect against concussions.

The end of high school football in Oregon? Coaches worry about declining numbers

A Proud Dad Watches His Son Play Football, Even After Concussions Led to Parkinson's