Game 2 in the 4A State Championship Series is scheduled for 1:00 p.m. on Saturday at North Davidson High School in Lexington. 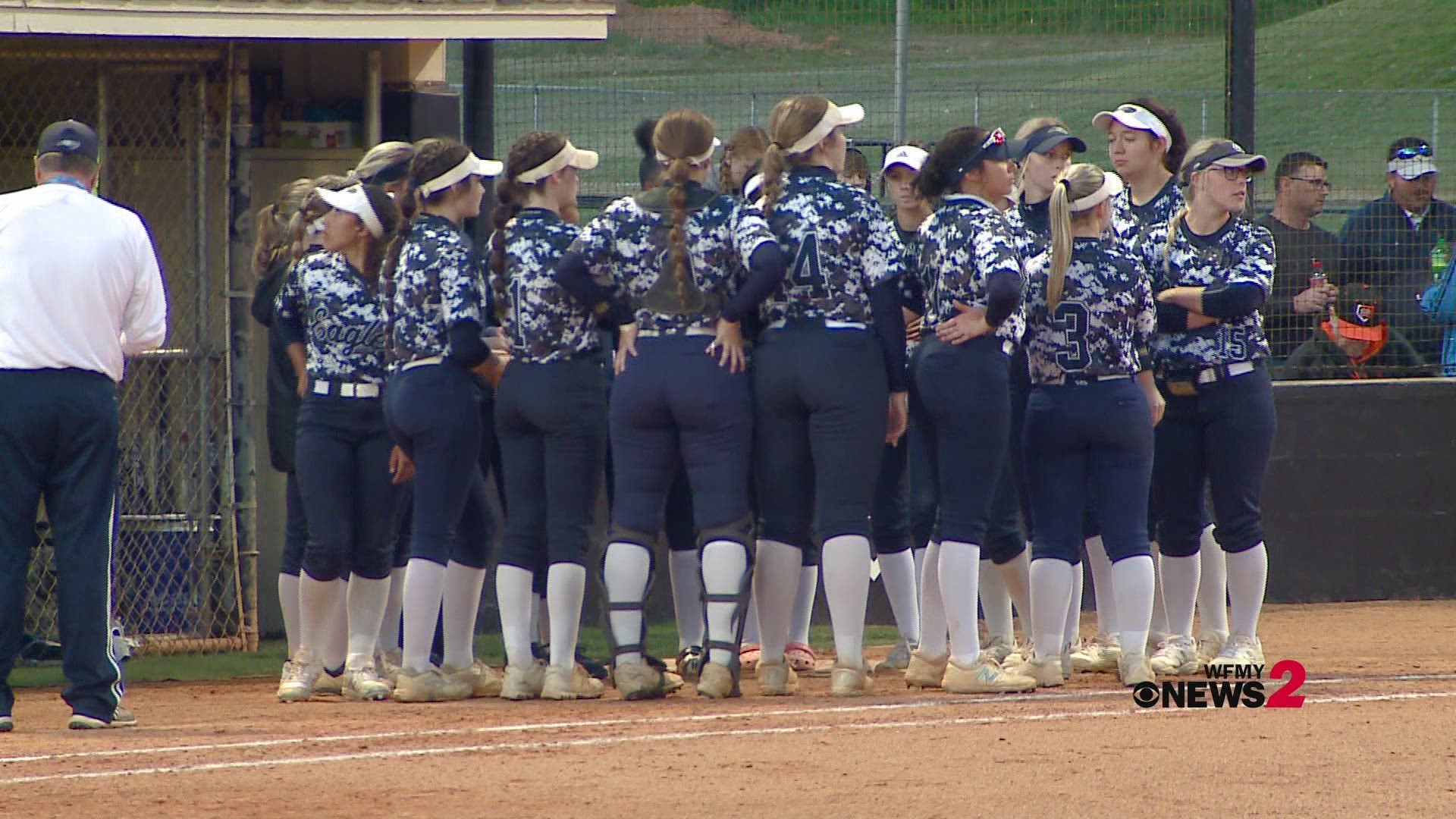 LEXINGTON, NC – Hoggard showed their veteran mettle in a tightly played pitcher’s duel that was Game 1 of the 2021 NCHSAA 4A Softball State Championship Series. The Vikings got an outstanding pitching performance by senior Icess Tresvik and just enough offense to get by East Forsyth 1-0.

Tresvik was nearly flawless, firing a complete game while allowing just a single hit. She struck out 11 Eagles in the game, putting just three on by way of walks. Her heroics were matched nearly pitch for pitch by her counterpart from East Forsyth, Kierston Deal, who struck out 12 Vikings without a single walk. Deal did however surrender four hits and a single unearned run, which turned out to be the difference in the game.

The lone run of the game was preceded by Amber Small’s two-out triple, she came around to score on a fielding error by the Eagles before Isabella Colbert popped out to end the fifth inning. However, the damage had been done and Tresvik had the only run she needed to get the win and put her team one win away from a State Championship.

Game 2 in the 4A State Championship Series is scheduled for 1:00 p.m. on Saturday at North Davidson High School in Lexington. If East Forsyth can win Game 2, it would force a decisive Game 3 later Saturday.

The NCHSAA is committed to recognizing and promoting good sportmanship and has partnered with the NC Farm Bureau to highlight individuals from each State Championship event who exemplify the ideals of outstanding sportsmanship. The 2021 4A Softball Sportsmanship Award recipients were Campbell Robertson from East Forsyth and Amber Small from Hoggard who were recognized prior to the opening game.