Boyd struck out 11 Bengal batters in the game. 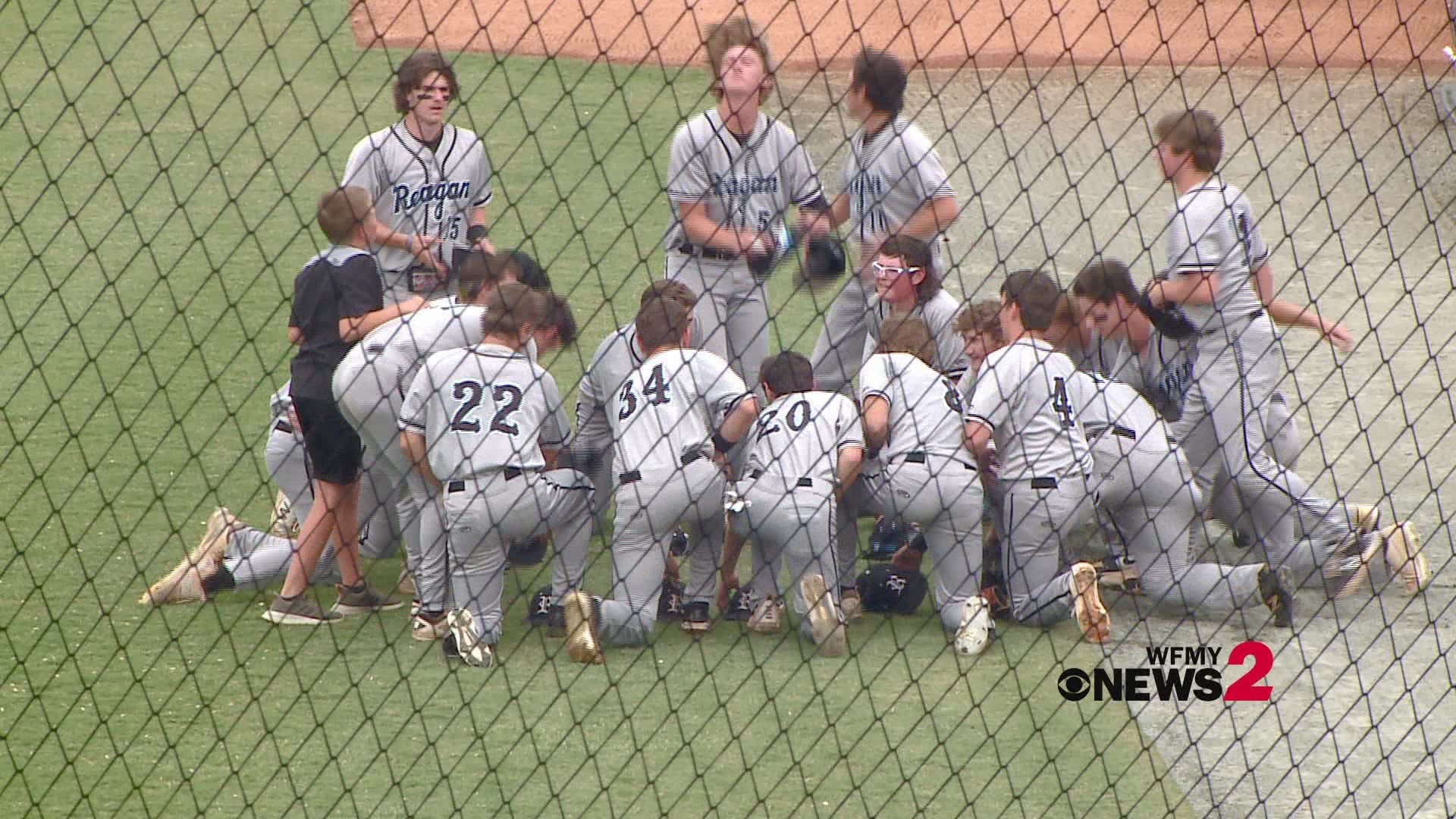 BURLINGTON – Reagan’s Carter Boyd dominated from the mound, pitching a complete game, no-hitter in Game 1 of the 2021 4A State Championship Series to launch the Raiders to a 7-0 win and a 1-0 series advantage against Fuquay-Varina.

Boyd was nearly flawless in the game, striking out 11 Bengal batters. He did walk four, but Fuquay-Varina only managed to push a runner to third in the sixth inning, and only three total runners reached second in the game. Boyd also drove in a run in the game batting in the cleanup spot in the order.

Reagan jumped on the board in the top of the first with Josh Hartle’s single plating Tommy Hawke from second base to put the Raiders up 1-0. Reagan put the game away in the second plating five runs on four hits with two walks and a hit by pitch opening the door for a big inning, chasing Bengals starter Colbie Howell who only lasted 1.2 innings surrendering six hits and six runs.

The Raiders scored the game’s only other run in the third when Zack Middleton stepped on the plate thanks to a single by Colby Welborn. Welborn’s single stretched the Reagan lead to 7-0 and provided some insurance.

Reagan will try to close out the series with a victory in Game 2 of the Best-of-Three 4A State Championship Series tomorrow at 11:00 a.m. at Burlington Athletic Stadium.

Sportsmanship is an integral part of education-based athletics and the NCHSAA has partnered with NC Farm Bureau to highlight one individual from each participating team in the State Championship Series who has demonstrated outstanding sportsmanship. The winners of the 2021 4A Baseball Sportsmanship Award were Brandon Humphries from Fuquay-Varina and Colby Welborn from Reagan.