Braylen Hayes led the Tiger offense, slashing a pair of hits in four plate appearances and driving in three runs. 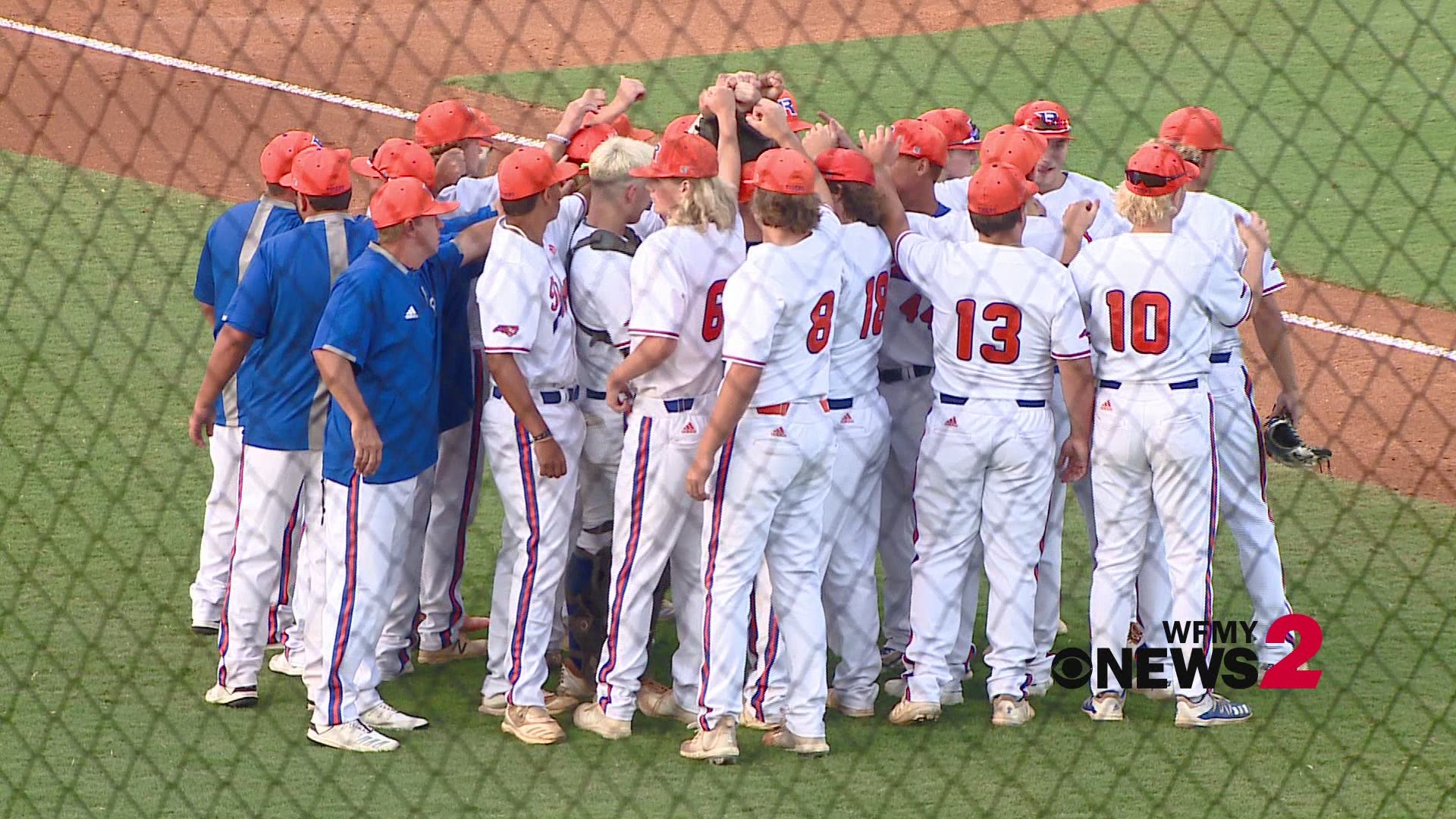 BURLINGTON – R-S Central struck first in Game 1 of the 2021 2A Baseball State Championship Series, but Randleman struck back with fury in a seven-run third inning that lifted the Tigers to a 9-5 opening game win over the Hilltoppers at Burlington Athletic Stadium. In a game that saw 20 hits between the two teams, and coaches having to piece together their pitching to get through the game, it was Randleman’s offense that got the most out of their side on their way to victory.

Braylen Hayes led the Tiger offense, slashing a pair of hits in four plate appearances and driving in three runs. Hayes gave Randleman the lead in the bottom of the first with a double to left that plated two runs, putting the Tigers up 2-1. With the game tied at three in the third, Hayes again put the Tigers in front, this time 4-3, when he ripped a single to center with one out driving in Hunter Atkins. Randleman added five more runs in the inning, four of them with two outs.

The Hilltoppers drew first blood in the top of the first when Kael Snethen opened the game with a single and came around to score when Cameron Hill reached on an error with one out. It was Xavier Toms, hitting in the eighth spot in the order, who powered the R-S Central attack, going 3 for 4 and driving in a pair of runs on a pair of RBI singles. Toms trimmed the Randleman lead to 9-5 in the top of the fifth with two outs, but that was as close as the Hilltoppers could get as Freshman Pitcher Jake Purvis shut the door on any hope of a comeback with 1.2 innings of scoreless and hitless baseball, striking out three.

Randleman will try to close out the series with a victory in Game 2 of the Best-of-Three 4A State Championship Series tomorrow at 2:00 p.m. at Burlington Athletic Stadium. Should a third game be necessary in the series, it is scheduled for 8:00 p.m. at Burlington Athletic Stadium. If the third game of the 4A Series between Fuquay-Varina and Reagan is not needed, Game 3 of the 2A Series would be moved forward to a 5:00 p.m. start.

Sportsmanship is an integral part of education-based athletics and the NCHSAA has partnered with NC Farm Bureau to highlight one individual from each participating team in the State Championship Series who has demonstrated outstanding sportsmanship. The winners of the 2021 2A Baseball Sportsmanship Award were Andrew Cox from Randleman and Micajah Wall from R-S Central.