"I was so happy for him," Cade Holzman said. 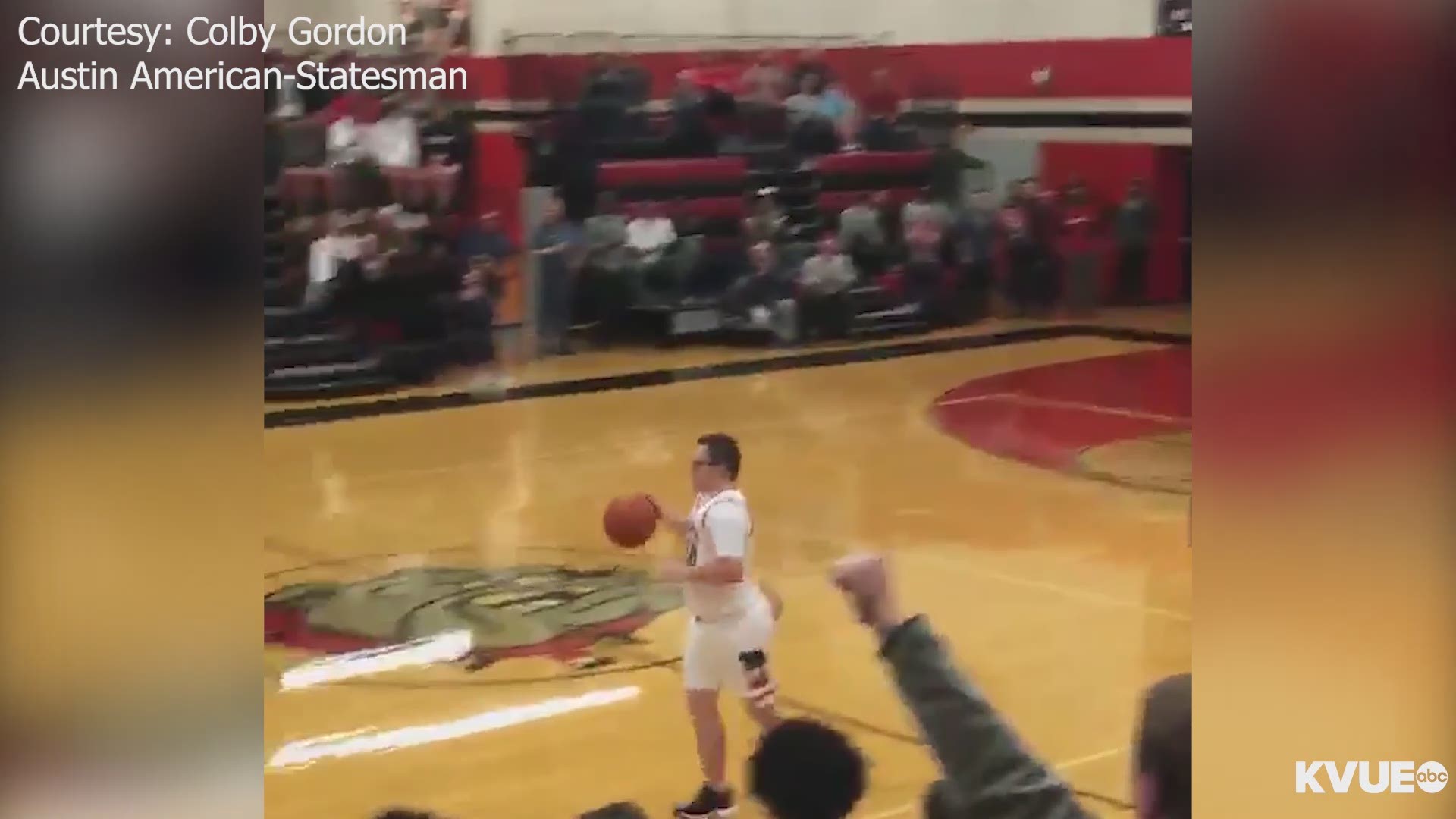 Bowie led Lake Travis 62-46 when O’Reilly – a Bowie High School senior with Down Syndrome – checked in for the Bulldogs on Senior Night.

O’Reilly took an inbounds pass, dribbled down the court and nailed a three-pointer, drawing an eruption from the Bowie student section and his teammates.

KVUE's partners at the Austin American-Statesman caught footage of the incredible moment:

The Statesman spoke with O'Reilly's teammate, junior Cade Holzman, who said he was ecstatic for O'Reilly's big moment.

“I was so happy for him,” Holzman told the Statesman. “I really didn’t know what to think, I was so happy. I just wanted to hug him right then and there, but I had to get back on defense.”

In the Statesman's video – which has garnered thousands of views on Twitter – you can see O'Reilly's three-pointer happened in the waning moments of the third quarter.

According to the Statesman, O'Reilly's teammates gave him a huge ovation – then the Bulldogs' manager re-entered the game in the fourth quarter and hit another three-pointer in the final minute of the game.

Early voting guide: Where and how to vote in Central Texas