Athlete of the Week: Hayden Johnson

"Hayden Johnson is one of the leaders of our football team, he’s the leader of our defense," said coach Brian Lane. 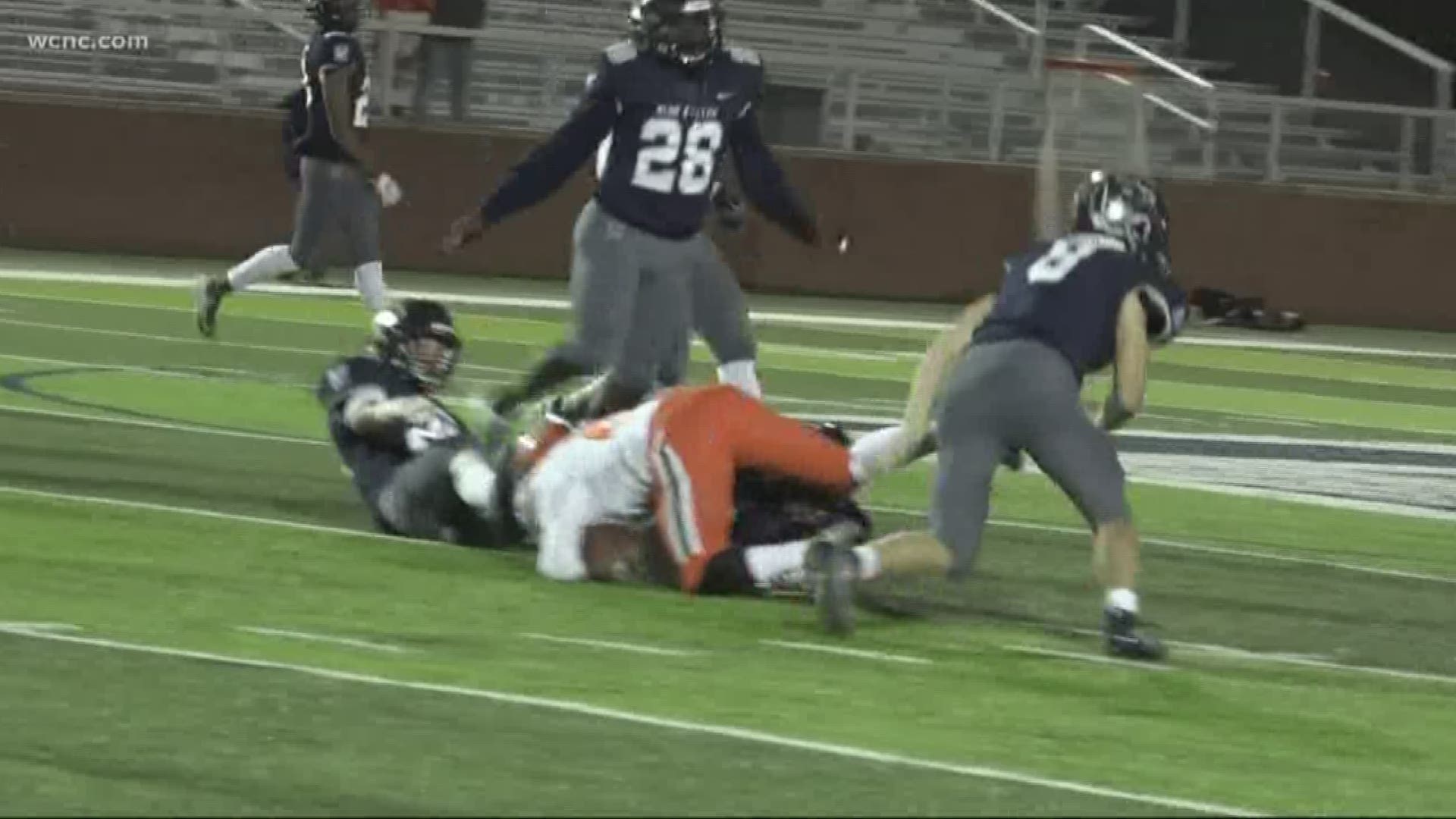 CLOVER, S.C. — Not many expected Clover to be 12-0 at this point in the season. Except for maybe linebacker Hayden Johnson and his Blue Eagles teammates.

Johnson is leading the way on defense as Clover enters the AAAAA quarterfinals Friday at home against Dorman.

“This year especially everyone in the community is talking about us,” Johnson said, “they’re supporting us, they’re behind us.”

For third-year coach Brian Lane, Johnson has been a vital piece to the puzzle in the program.

“It’s been unbelievable,” Lane said. “Hayden Johnson is one of the leaders of our football team, he’s the leader of our defense. And he’s smart as a whip. He’s got a 1330 SAT score, he’s a 4.7 GPA guy. He’ll knock your head off, so when you’ve got that combination it’s just great that he’s on my team and I don’t have to coach against him every week.”

Johnson strikes a balance between school and football every day.

“They go hand in hand,” said Johnson. “You can be as good of an athlete as you want and won’t go anywhere in life because you don’t have the grades. You can have the best grades that you want and come out here and play football and get smacked around. You just have to have them both.”

And he does. And his teammates notice.

“They feed off of him,” Lane said. “What he says goes and that’s what you want in a leader on the team. He makes tackles. When you have a leader that not only talks it but walks it, you have to follow that he’s been a great leader for us.”

RELATED: Watch this athlete in a wheelchair easily scale a climbing wall

RELATED: Student-athlete of the week: Cameron Smith from Olympic High