Student-athletes in the Triad participated in Early National Signing Day on Wednesday. 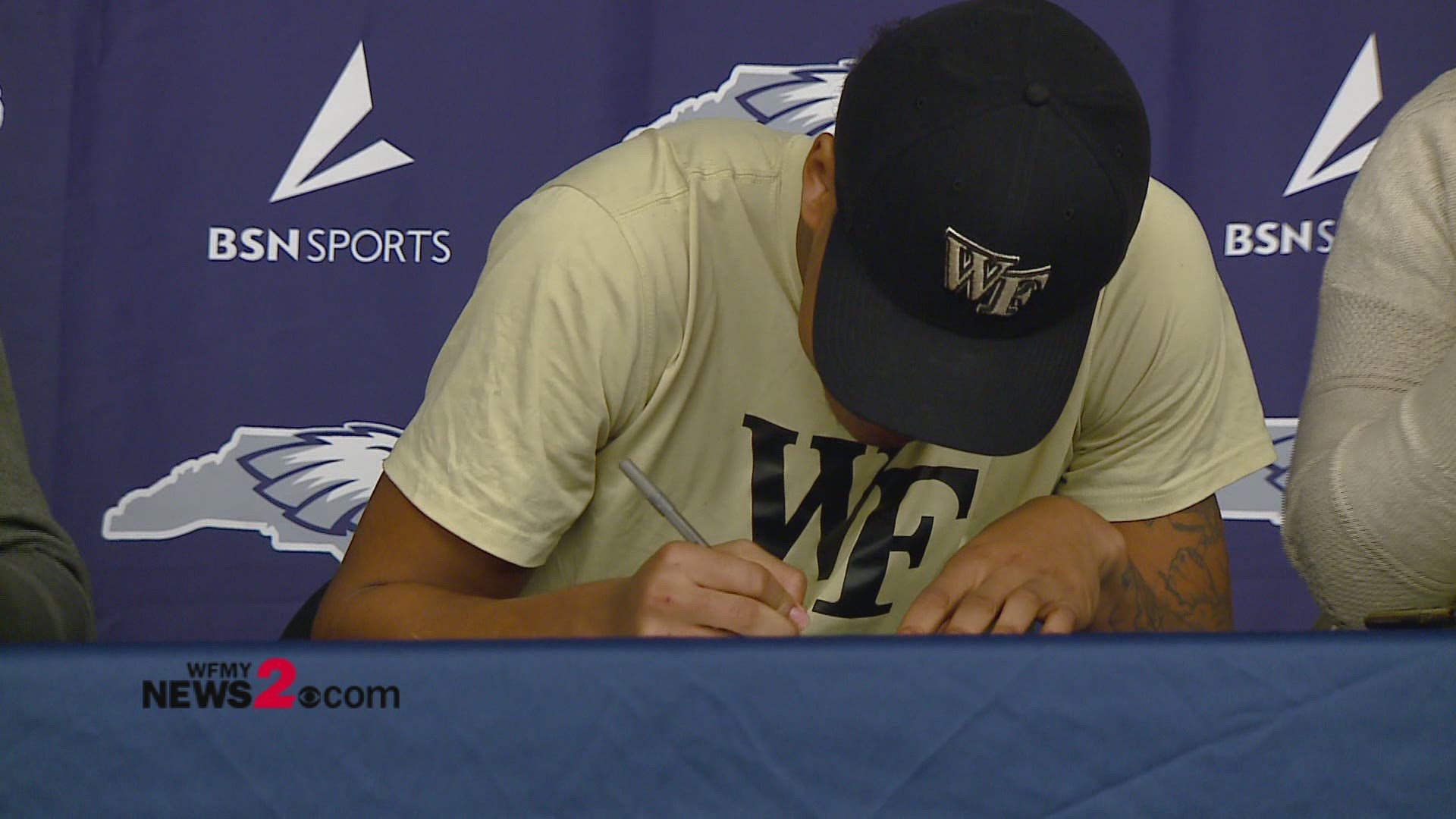 PIEDMONT TRIAD, N.C. -- Thousands of high school football players across the country have officially made commitments to play on the next level.

Wednesday, student-athletes in the Triad participated in National Signing Day. It's the first day athletes can sign national letters of intent to play at their selected college or university.

Below is a running list of local athletes who have made their commitments. If you know of an athletes signing their letters this week, send their information and a photo to highschoolsports@wfmy.com