Reidsville wrapped up the season 10-0. 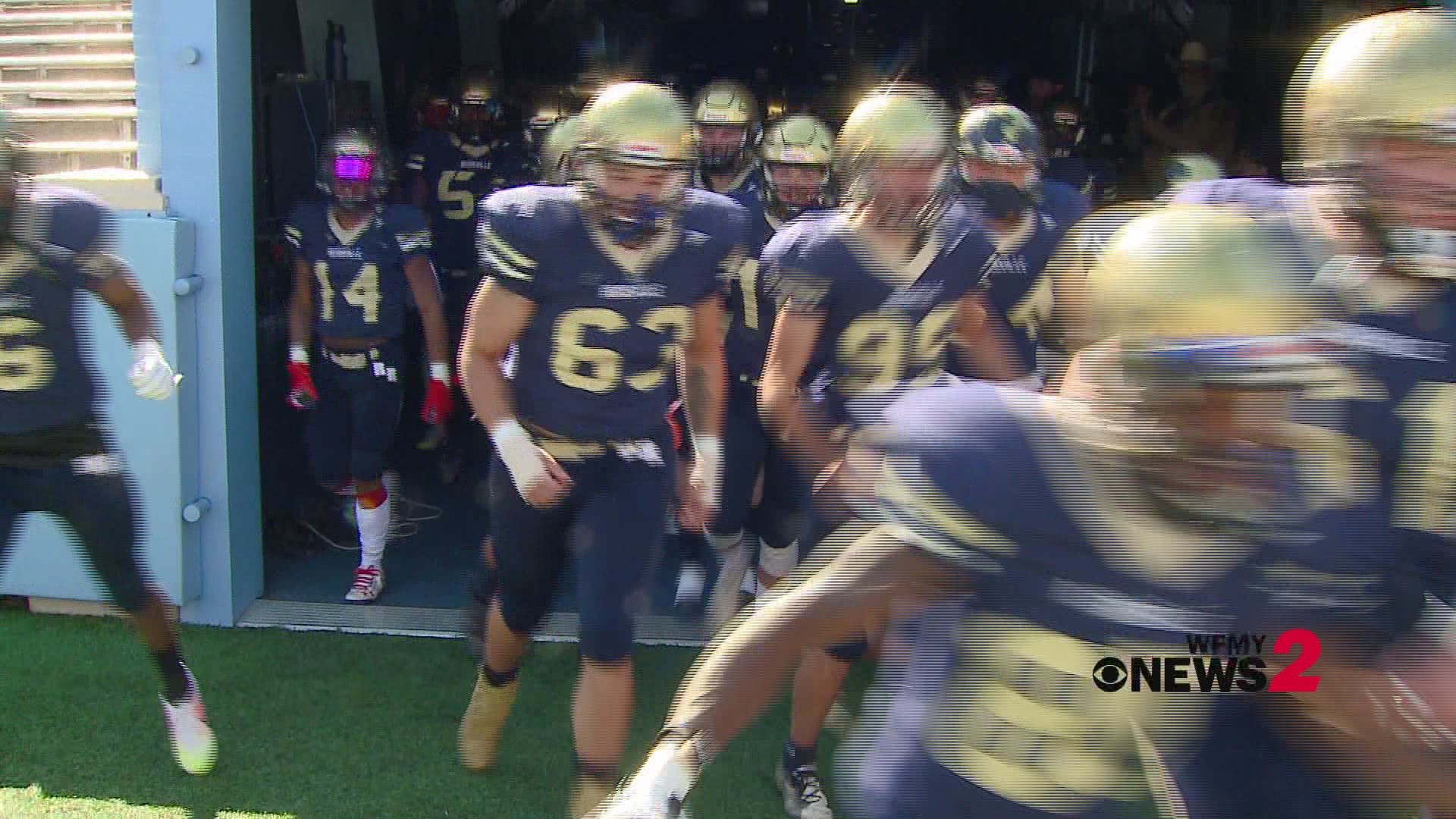 CHAPEL HILL, NC – Reidsville rolled past Mountain Heritage 35-6 in the 2A State Championship Game, claiming the school’s NCHSAA record 19th State Football Championship. Kyle Pinnix and the Rams offense used their multiple weapons and formations to make the Cougars defend the width of the field, capitalizing on holes with speed, on their way to 407 yards of total offense. 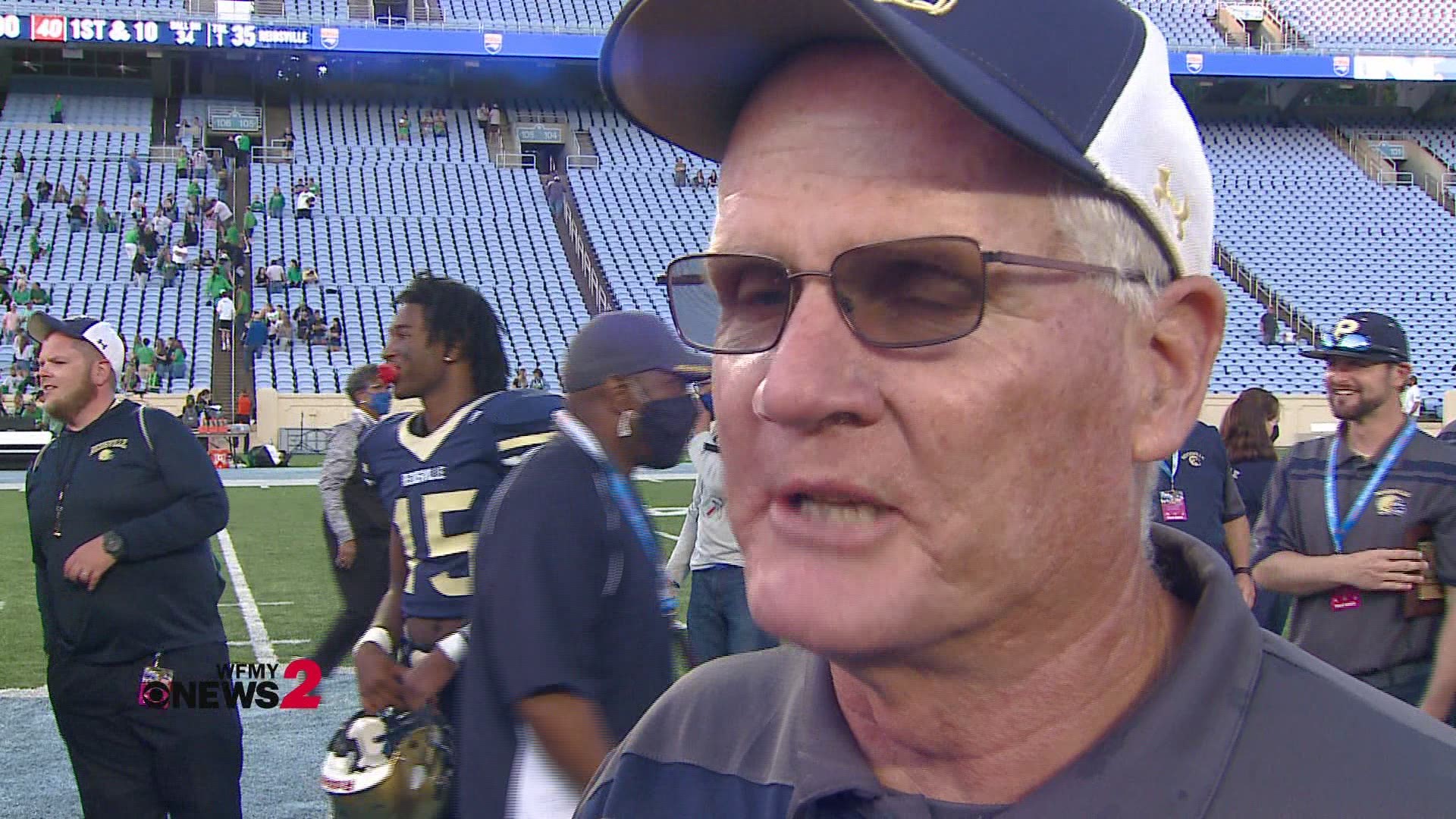 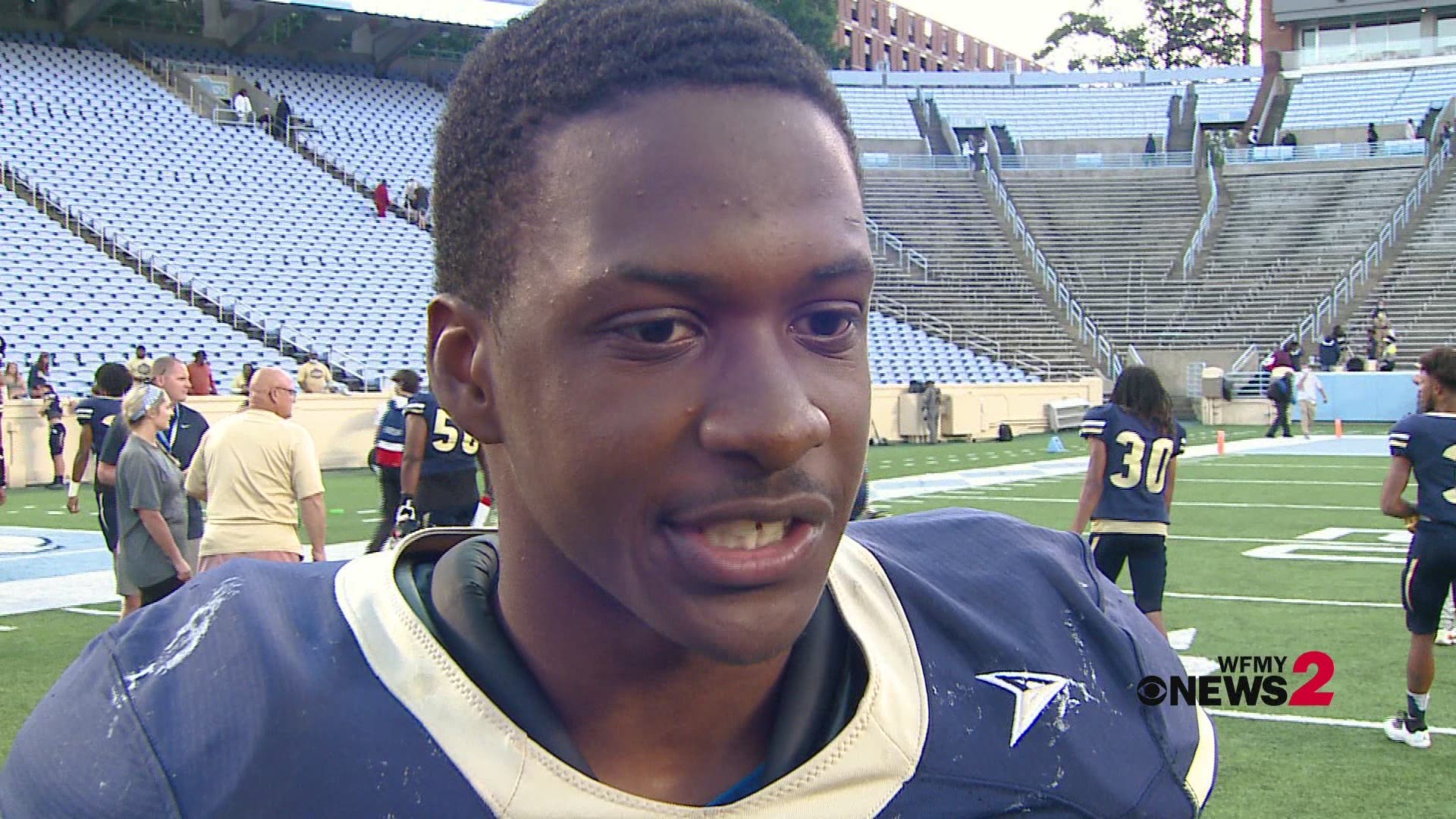 Mountain Heritage did their best to keep the powerful Rams offense off the field, holding possession on the opening drive for more than eight and a half minutes of the first quarter. As they did for the entire game, despite giving up a few first downs, the Rams defense managed to get stops in key situations. Kahree Hayes led the Rams defense with 10 tackles and was selected as the Rams Most Outstanding Defensive Player.

When the Rams finally got their hands on the ball, they were able to strike quickly when Pinnix broke more than half a dozen tackles on his way to a 61 yard touchdown with just 19 seconds to go in the opening quarter putting Reidsville in front 7-0.

The next Reidsville possession was equally successful with Pinnix finding Cam Peoples for a 69 yard touchdown pass to go up 14-0. The Rams closed out the half with a strong nine play, 46 yard drive capped off by a fourth and goal, one yard touchdown run by Stevion Harrison with just nine seconds remaining before the half.

Breon Pass brought a nice return of the second half opening kick to the Mountain Heritage 35, setting Reidsville up with a short field. The Rams made quick work of the 35 yards, covering it in four plays with Pass hauling in a six yard touchdown pass from Pinnix to go up 28-0. Pass hauled in 5 receptions with 88 yards and two touchdowns as he was selected the Rams Most Outstanding Offensive Player.

Reidsville was highly efficent, scoring four touchdowns on their first four possessions of the game on the way to building that 28-0 lead. Pinnix finished the game with 229 yards through the air and 3 touchdowns. He added another 91 yards on the ground with the one score on his way to being name the Most Valuable Player in the game.

Mountain Heritage moved the ball some on the ground, rushing for 241 yards on 58 plays. Gabe Silvers, Cougars quarterback, handled most of the rushing duties for Mountain Heritage, carrying 29 times for 123 yards in the game. He was selected as the Most Outstanding Player for the Cougars. Jakob McCool was the Most Outstanding Player for the Cougar defense, finishing the game with six tackles and an interception.

Reidsville wrapped up the season 10-0. The Rams were 4-0 in Mid-State 2A play, winning the championship. Reidsville secured the program’s fifth straight Regional Title and third straight State Championship.

Mountain Heritage finished the season 7-2. The Cougars were 2-1 in Western Highlands 1A/2A play. They won the program’s second regional title and appeared in the State Championship Game for the first time since 2009.

The NCHSAA is committed to recognizing and promoting good sportmanship and has partnered with the NC Farm Bureau to highlight individuals from each State Championship event who exemplify the ideals of outstanding sportsmanship. The 2020-2021 2A Sportsmanship Award recipients were Orion Johnson from Reidsville and Josh Jobe from Mountain Heritage.