Grimsley won its first football title in 61 years. Seniors on the team reflected on the historic moment for their school. 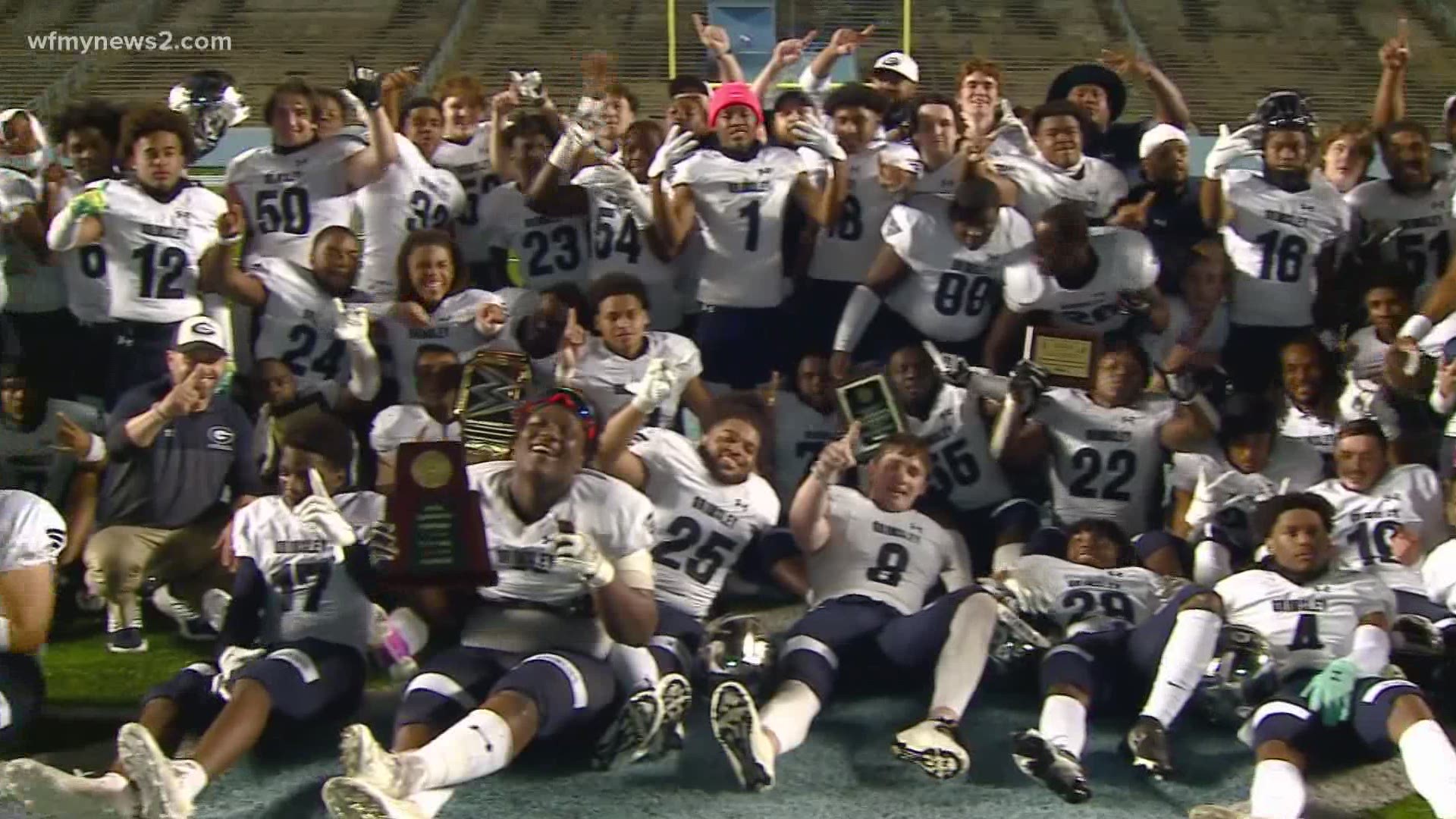 GREENSBORO, N.C. — It was more than half a century of waiting for the Grimsley Whirlies, until at long last, the drought was snapped. The Grimsley football team was crowned 4A state champions, topping Cardinal Gibbons 28-8.

"We really have the best defense in the state," Grimsley safety Caleb Curtain said.

There isn't much of a debate to that statement when you realize the most points the Whirlies gave up all season long was 21 points, and held Cardinal Gibbons to less than double digits. A team that was averaging north of 30 points per game all year.

"Having that dog mentality among our team," Curtain said. "We had to come out and show we really were the best defense in the state, and I still think that is true."

It was the bond the team fostered throughout the year (and pandemic) that allowed this young group of men to play to their highest potential on the football field.

"There was a lot of doubt going in the title game," Defensive MVP, Tamorye Thompson said. "Our coaches preached all the time going 1-0, and we held teams to 6.4 points per game that proves it all."

But now, the Whirlies can head into the offseason knowing they finished the 2020 campaign undefeated and are hopeful to make it back-to-back state titles come 2021.

"Let's keep going!" Thompson said. "There is no time for breaks."