The Cardinals were led by Luke Bullington who had 20 carries for 105 yards in the game on his way to winning the Most Outstanding Offensive Player award. 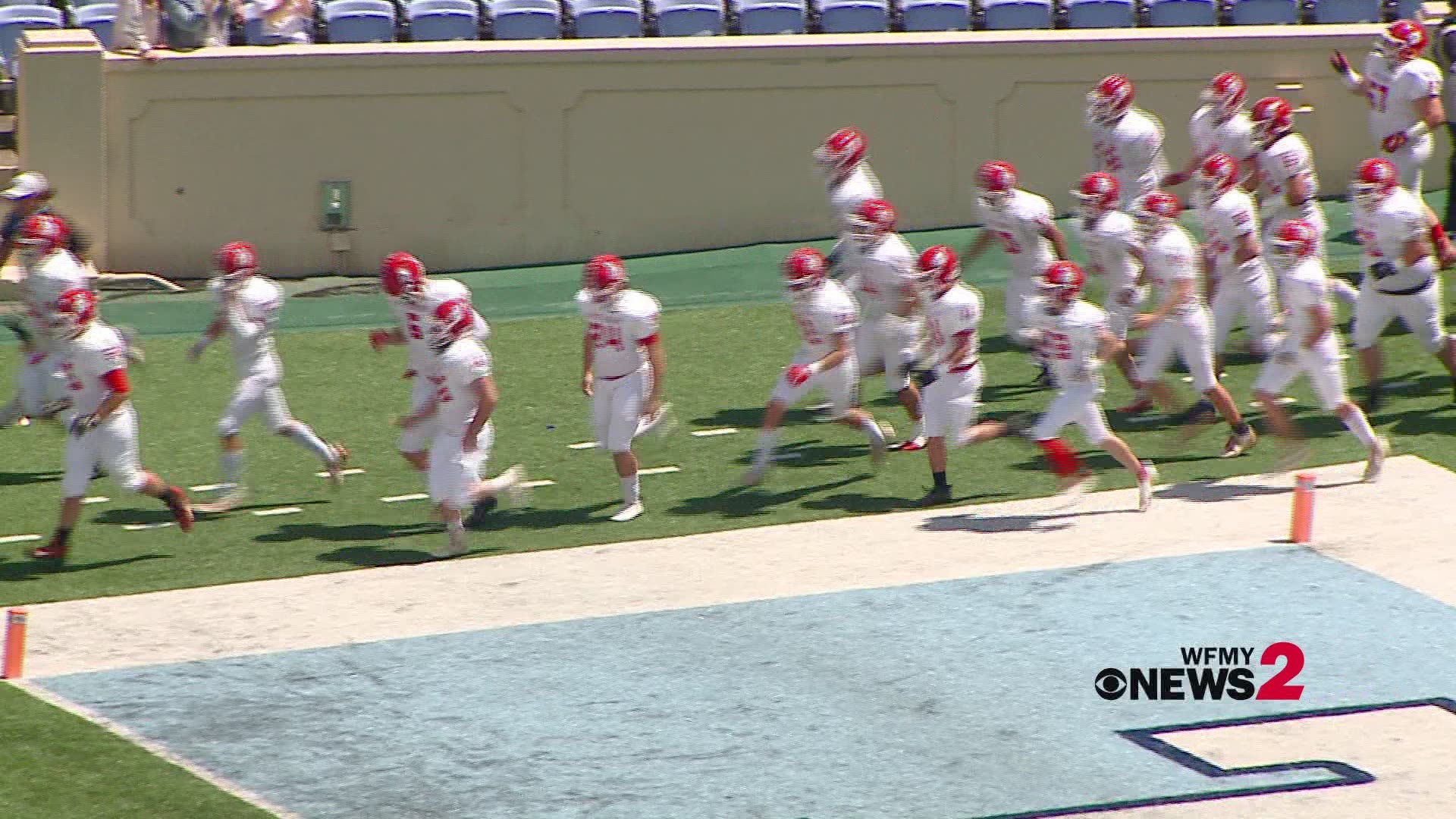 CHAPEL HILL, NC – In the third straight State Championship Game matchup between the two schools, the Tarboro ground game & speed proved too much for East Surry to overcome, helping the Vikings chew up the clock and race to a 25-7 victory. The win landed Tarboro their seventh State Championship all time and secured Head Coach Jeff Craddock’s sixth state title. 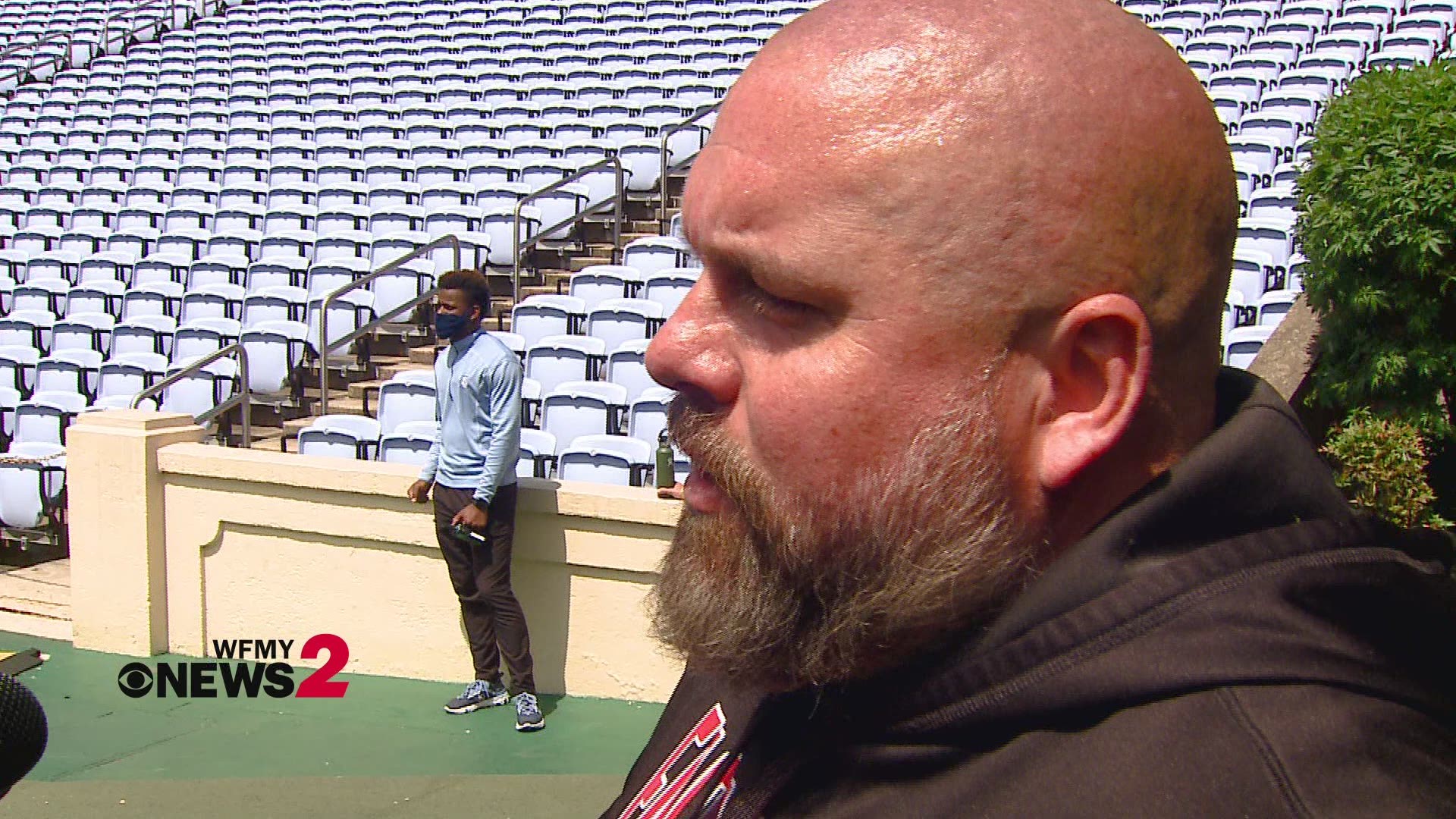 Viking running back Tobias Joyner was a wrecking crew with the ball in his hand. He galloped for two long touchdown runs on sweep plays, sprinting 56 and 31 yards, respectively, to paydirt in the opening half of play and helped Tarboro open up an 18-0 halftime advantage. In all, Joyner carried the ball 12 times for 179 yards, posting an average carry of just under 15 yards. He was selected as the game’s Most Valuable Player.

After East Surry’s opening drive stalled and the Cardinals missed a 35 yard field goal attempt, Tarboro took the ball nine plays and 80 yards to go up 7-0. The Vikings capped off their opening drive with a one yard touchdown plunge by Jalen Razor, who was selected as the Vikings’ Most Outstanding Offensive Performer in the game finishing the game with 45 yards and a score on his 14 carries.

The Viking defense was equally dominant in the game, led by Most Outstanding Defensive Performer Xzavion Pitt. Pitt amassed 8.5 tackles and a quarterback hurry on his way to the award. He helped lead the Tarboro defense that held a potent East Surry attack to just 257 yards of total offense just one year after the Cardinals hung 56 points on the Vikings in the 2019 1AA State Title Game.

The Cardinals were led by Luke Bullington who had 20 carries for 105 yards in the game on his way to winning the Most Outstanding Offensive Player award for East Surry. Defensively Benji Gosnell led the way for East Surry, racking up nine total tackles in the game, six of them of the solo variety, on his way to being chosen as the Most Outstanding Defensive Player for the Cardinals.

Tarboro wrapped up the season 9-0. The Vikings were 4-0 in Coastal Plains 1A play, winning the championship. Tarboro secured the program’s fourth straight Regional Title.

East Surry finished the season 9-2. The Cardinals were 5-0 in Northwest 1A play, winning the league title. They won the program’s thrid straight regional title and appeared in the State Championship Game for the third time since in program history.

The NCHSAA is committed to recognizing and promoting good sportmanship and has partnered with the NC Farm Bureau to highlight individuals from each State Championship event who exemplify the ideals of outstanding sportsmanship. The 2020-2021 1AA Sportsmanship Award recipients were Evan Morris from Tarboro and Will Hiatt from East Surry.