NCHSAA announces football season will be pushed to spring semester

The NCHSAA Board of Directors approved a new sports calendar for the 2020-21 school year that includes condensed seasons for all high school sports. 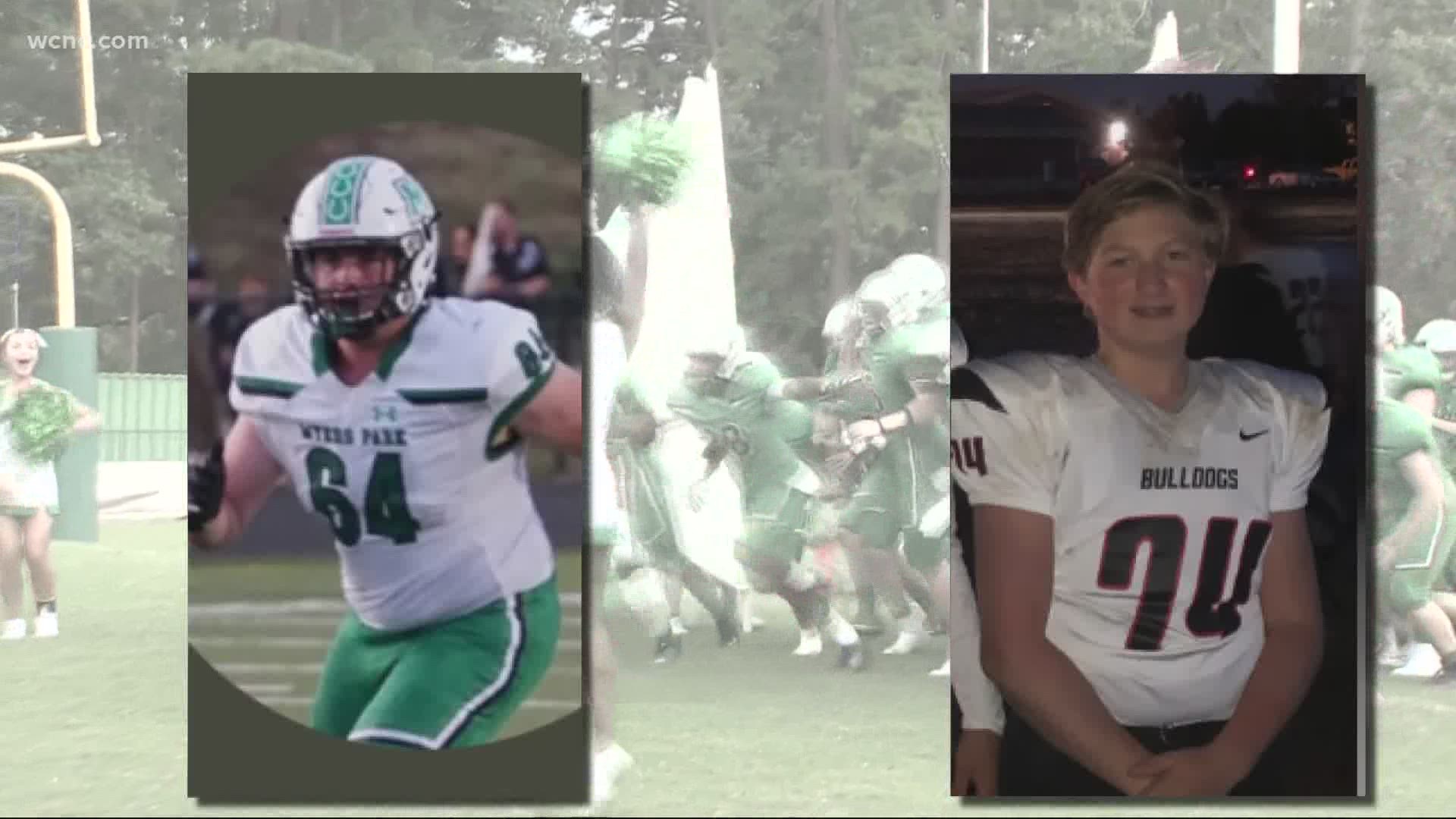 CHARLOTTE, N.C. — The North Carolina High School Athletic Association made an announcement Wednesday regarding the future of all fall sports, including football.

During a virtual press conference on its Facebook site, the NCHSAA announced a condensed schedule of all sports for the 2020-2021 season.

High school football, which would normally be ramping up its season as students head back to school, will begin in the spring under the new plan.  Practices would begin February 8, 2021. The season will conclude following a seven game season on April 9.

The first sports to kick off the new school year will be cross country and volleyball which are allowed to begin practices on November 4 with first games slated for November 16.

NCHSAA Commissioner Que Tucker said the decision came after a lot of thought and planning. "We want them to play but we want them to do so in a manner that is safe and healthy."

The NCHSAA took into account feedback from stakeholders and athletes themselves.  Tucker said athletes were asked to participate in a mental health survey earlier this year. Geography and weather across the state was also taken into account.

Golf, women's soccer, softball, baseball, women's tennis, track and field and wrestling will all take place in the spring.

Last week, the NCHSAA announced it would delay the start of fall sports due Gov. Roy Cooper extending Phase 2 of his "safer at home" reopening plan. At the time, Tucker said the group hoped to make an announcement on the sports calendar by August 17.

NCHSAA member schools were permitted to begin limited, optional workouts on June 15. Some schools in the Charlotte area began, including Union County, but Charlotte-Mecklenburg Schools and other districts haven't yet started fall workouts. During a virtual school board meeting, parents of CMS students voiced their frustration with no current schedule for fall sports this year.

"There are so many more benefits than risks of allowing these athletes to return to practice. Not only are sports helping these kids physically, but they're also experiencing amazing mental health benefits through supervised interactions which are critical for healthy adolescent social and emotional growth," said Julie Knafelz, a parent of two ProvidNCHSence High School student-athletes.

For Myers Park High School senior running back K’Daron Redfearn, this fall was his chance to show how hard he’s been working.

“Every day, like after this I’m probably going to go lift some weights and go run, but every day I’m up doing something positive and just trying to be in the best shape I can be in,” Redfearn said.

Now he’ll have to wait till the spring semester to hit the gridiron.

“We’ve been waiting for so long to get answers, so if we’re going to do the spring, then I’m ok with it,” Redfearn said. “I’m going to just keep working, and I’m going to be prepared when it comes.”

The first football practice will be February 8, with the regular season running February 26 through April 9.

Chadwick said it is nice to have some clarity now heading into the school year.

“Just give these kids some hope,” Chadwick said. “You know, right now that’s the biggest thing that’s been from them is just some hope.”

Some other teams in the area outside of CMS have started optional workouts. Chadwick is hopeful his team can start working out together soon and preparing for the new season.

"We're ready to go,” Crutcher said. “We're excited, at least we've got a path to follow to get to that first game."

After watching the announcement regarding fall sports, Crutcher said he has questions as to when students can start conditioning and how remote learning could impact the season. Overall though, he said he and his sons are happy with the decision to get to play at all this school year.

“I talked to both my boys a minute ago, and they said, ’Listen, this is better than what we got right now,’” Crutcher said. “We’ve got clarity. We’ve got a timeline for it. Let’s go get ready.”