Ball, a 6-foot-7 point guard who played professionally in Australia last year, believes he can bring star power to the Hornets franchise. 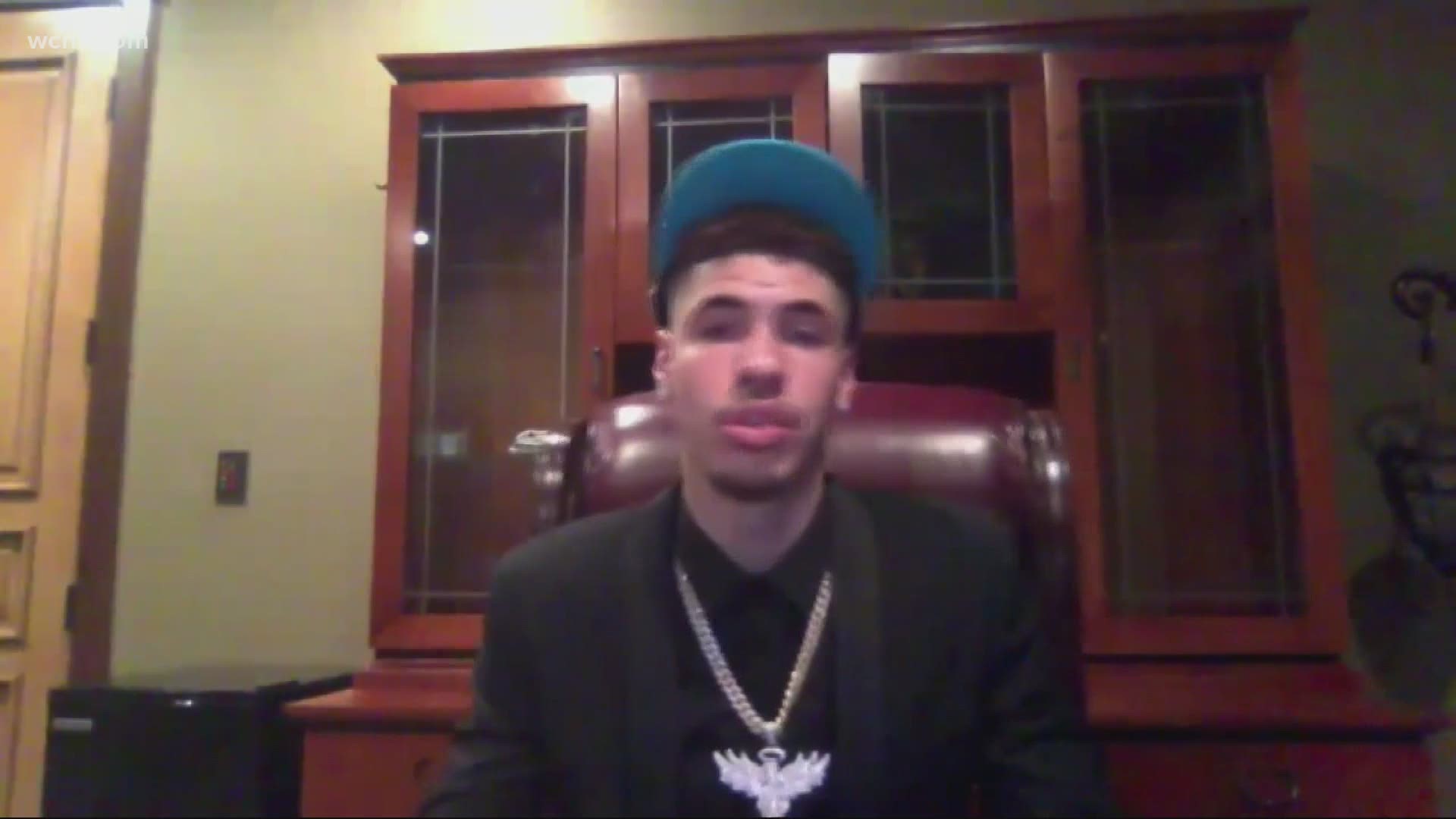 CHARLOTTE, N.C. — The Charlotte Hornets selected LaMelo Ball with the No. 3 pick in the 2020 NBA Draft.

Ball is a 6-foot-7 point guard who played professionally in Australia last season.

Ball was asked if he could provide the Hornets the star power the franchise has been lacking.

"I feel like I was born to do this," Ball said.

The Hornets will surround Ball with young, athletic players from recent drafts, including Miles Bridges and P.J. Washington.

Ball indicated he was very familiar with both players, and the Hornets roster.

"I'm definitely excited," Ball said. "It's going to be exciting. Two high fliers that get out and go and we have a young team. I feel like it's going to be nice."

The younger brother of New Orleans guard Lonzo Ball, LaMelo has "elite size and vision" according to a scouting report on nba.com.

The 19-year-old is a well-known name, not only because of his brother, but also his father, media personality Lavar Ball. LaMelo has 5.7M Instagram followers and was part of the family's Facebook reality show.