'Keep working hard, push through': Local football player hopes to have a senior year before heading the college level

Grimsley wide receiver Caleb Curtain committed to play for Elon Wednesday. Before heading to the college level, he hopes to can finish his senior season. 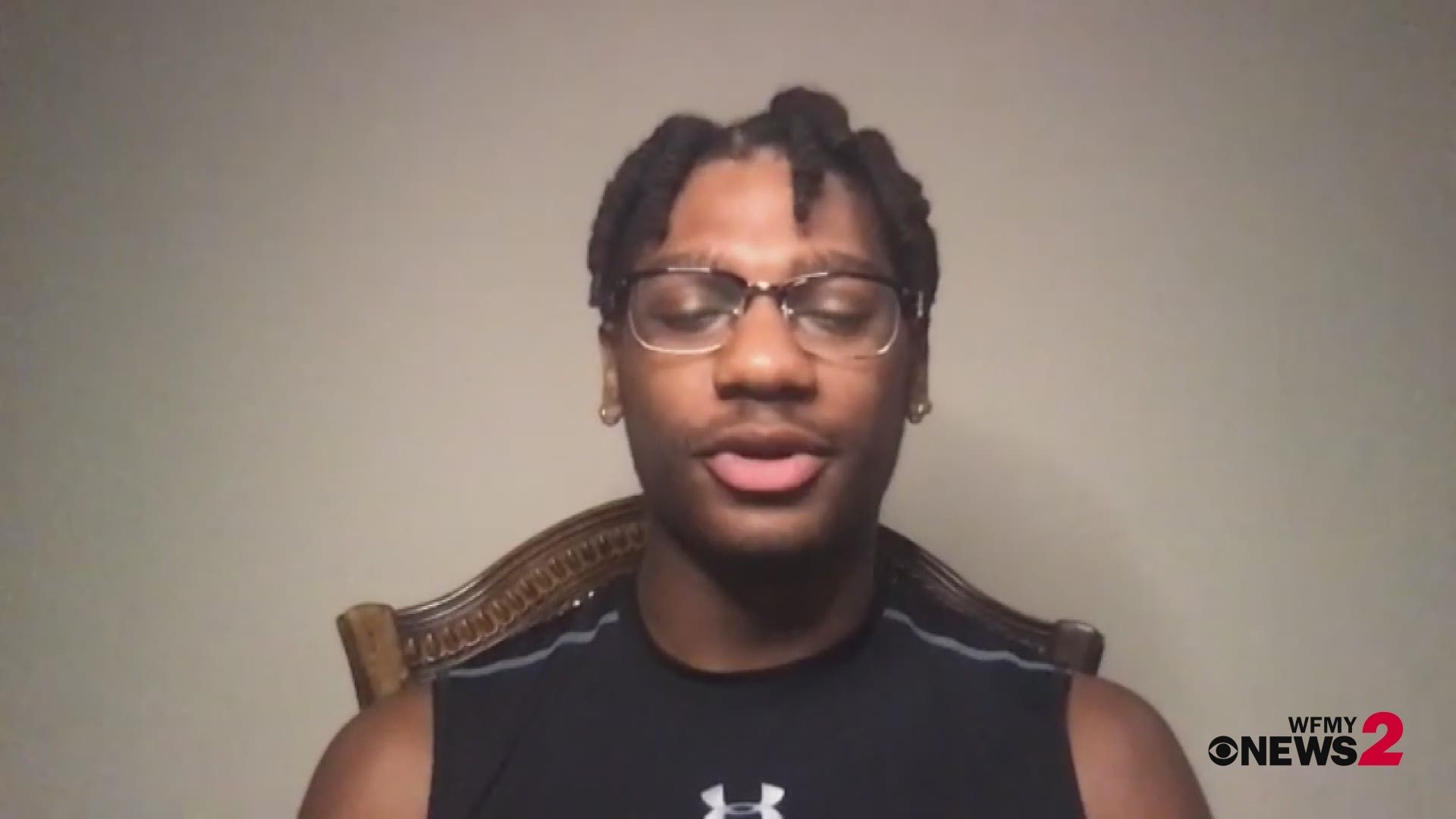 GREENSBORO, N.C. — Wide receiver Caleb Curtain has committed to play football for Elon on Wednesday, but first, he will be playing football for Grimsley in the fall, or so he hopes.

Curtain said he chose to play for Elon because it seemed like a good fit, it's close to home, and his family liked it as much as he did.

He said he's excited to play for the Phoenix, but he wants to be able to finish his high school career with the Whirlies. He transferred to Grimsley High School from Southwest Guilford for his senior year. The 2020 high school football season is still questionable, as of mid-July.

Curtain said he practices once or twice a week with a few of his teammates. Grimsley football isn't holding team workouts yet.

While the season remains up in the air, Curtain has a message for all athletes.

"All football players or athletes in general, keep working hard, push through and hopefully we'll have a senior year,' Curtain said.