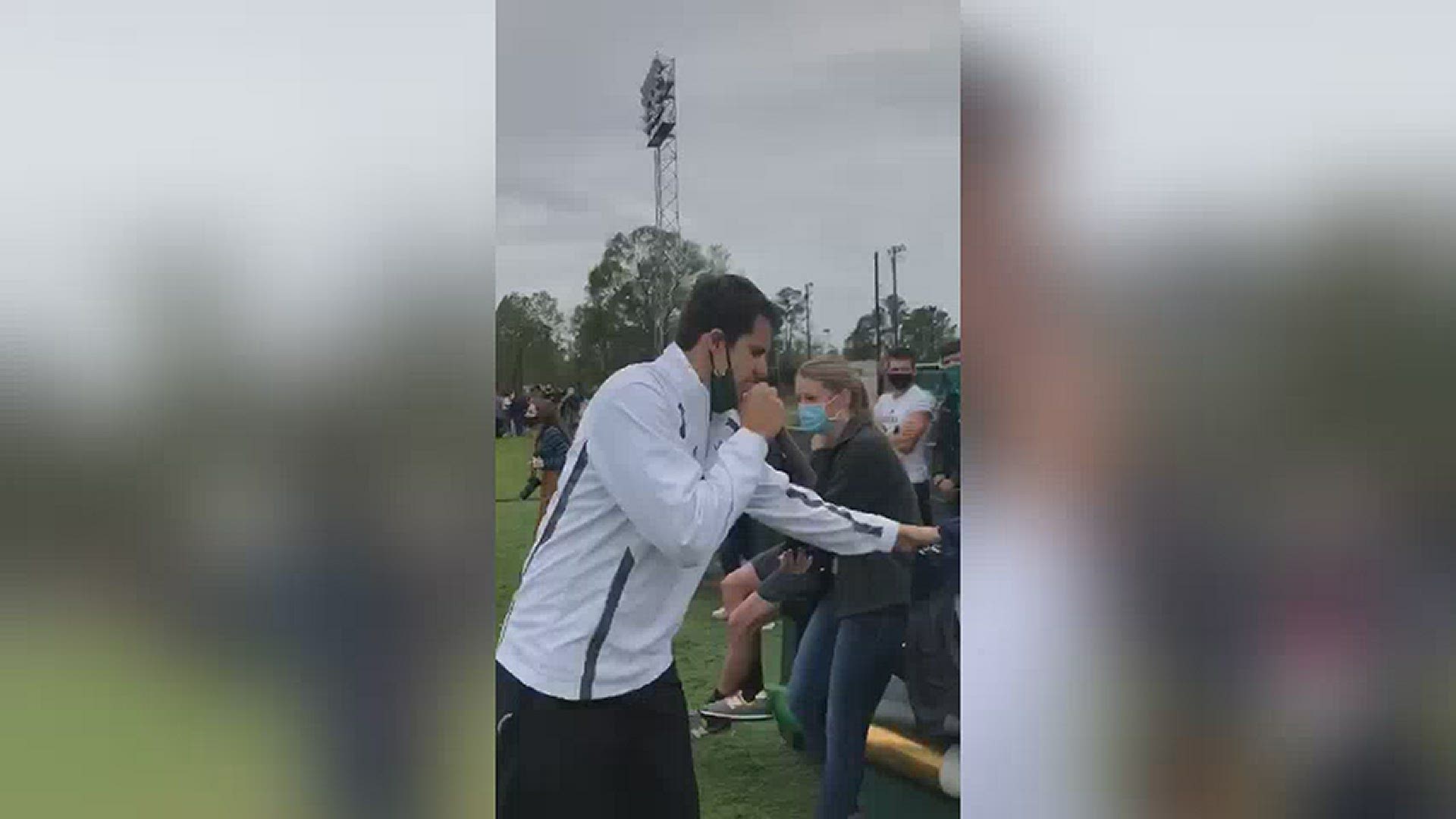 ORANGE COUNTY, Texas — Little Cypress-Mauriceville Bears showed spirit and support cheering on a principal and coach in the Ice Bucket Challenge for a community leader.

Dallas sent a note to the school.

”Hey Bears, this is Tony Dallas. I want y’all to know how much I appreciate y’all and especially Mr. Dubose. By the way, I miss your jokes of the day. Research is key and so is spreading awareness. So, from this Mustang, and I sincerely mean this, Go Bears.”

DuBose is notorious for his daily jokes, Combs said.