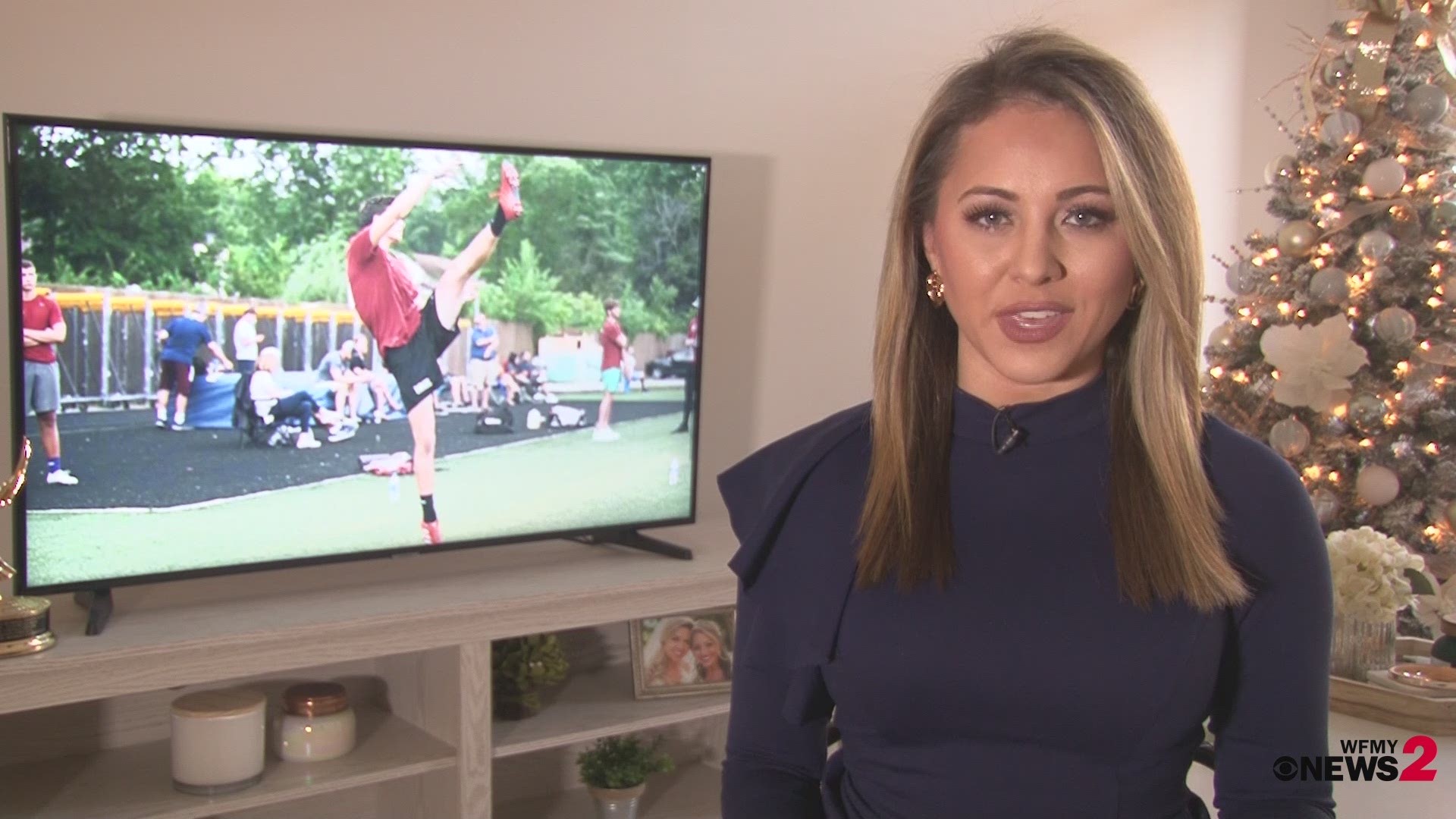 ALAMANCE COUNTY, N.C. — The pandemic has canceled a lot of things, like football recruiting, but that didn't stop Southern Alamance kicker, Stephen Glenn, from being able to play at the next level. He took advantage of what he had at his fingertips.

“You couldn’t come on campus they couldn’t see you live you couldn’t do the normal recruiting stuff," said Stephen Glenn, who is a senior kicker on Southern Alamance's football team.

How do you show college coaches you're good enough to be a part of their team?

“Basically I had to make the best profile of myself, so coaches could see what I could do."

He would send tweets of him kicking and asked coaches to watch.

"They can tell who really cares about it," said Glenn. "It made it easier because I feel like I separated myself from kids who may be on the same playing field as me in coaches eyes, with the Twitter situation.”

It led him to sign to play for Navy this week.

“The opportunity to play football at the next level is something I couldn’t pass up at that high of a level," said Glenn. "It meant a lot to me and my family to be able to have success especially with these uncertain times.”

“It’s a perfect fit before I was trying to work to get to the next level, I wanted to go into aviation warfare," said Glenn.

He said he tweeted out 3 to 4 videos a week since March and now it's paying off.

“Literally almost anything is possible if you put your mind to it," said Glenn.