"It's going to be an adjustment": High school athletes who play indoor sports will have to wear maks at all times 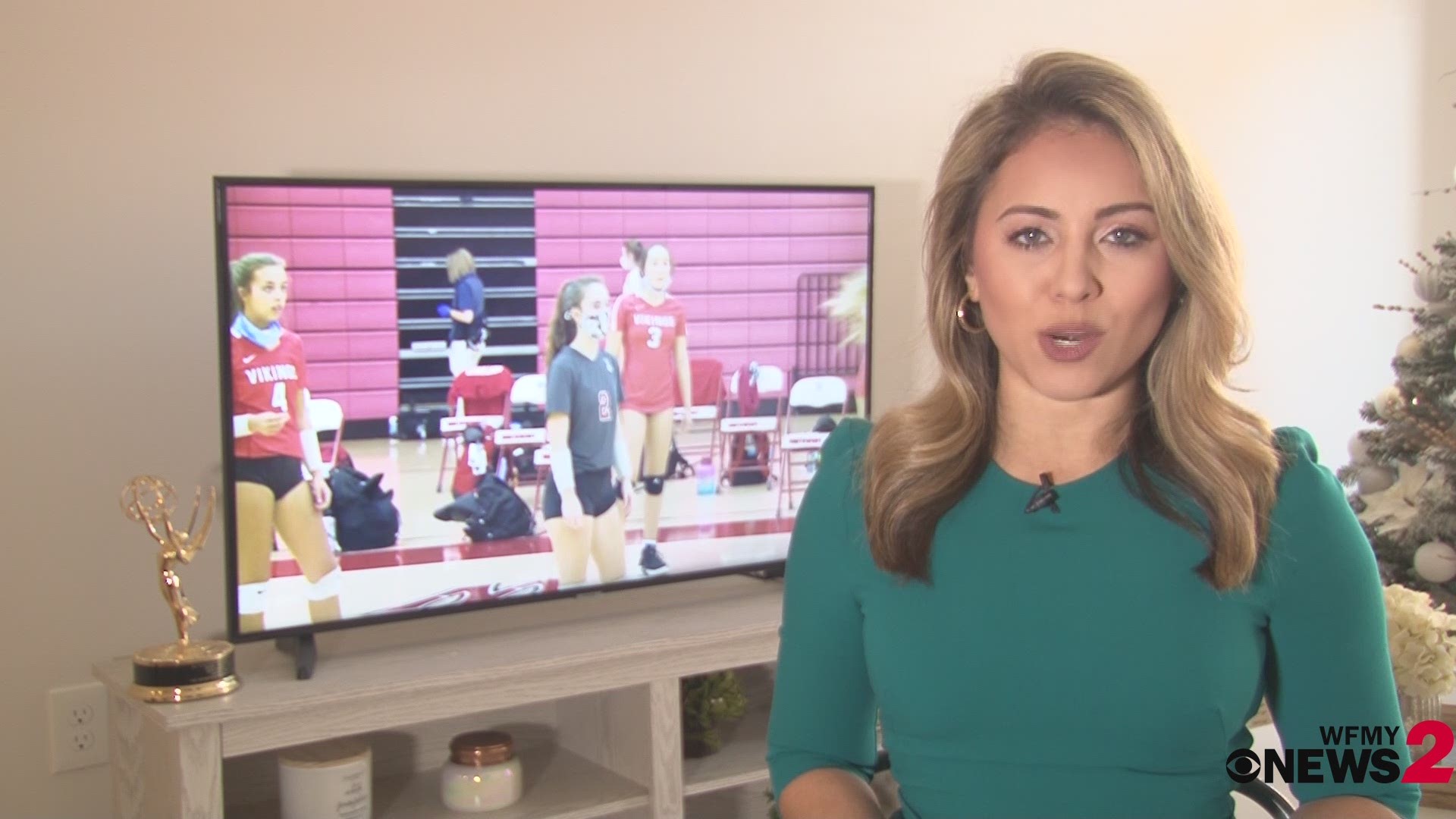 Governor Roy Cooper's mandate said people can take off their masks during strenuous activities, but the North Carolina High School Athletic Association said they will require student-athletes, who play indoors, to wear masks even during games.

Northwest Guilford girls' volleyball played a scrimmage against Western Guilford Thursday night. Both teams wore masks during warm-ups, but not during the game. Northwest's head coach Nancy Everett said she didn't make her team wear them because they haven't practice with masks on, in a game environment. She said she also didn't enforce it because it's not required until Monday.

"It's going to be an adjustment," said Nancy Everett, who is the head coach for Northwest Guilford's girls' volleyball team. "I know when we start doing it, it'll be a big adjustment. I'm for them playing because I have 5 seniors and some of them won't go on and play. We have a tight-knit group and they just want to play. It's been a struggle, but they'll do whatever it takes.

Coach Everett said Friday, her team will practice in masks to get used to wearing them.

"It just looks totally different, but when you step in the court, it's the same game," said Everett.

The Vikings will open the season against Oak Grove on Wednesday.