Braves lose to Cardinals in extra innings; series to conclude in Atlanta

Here's what we know about Game 5. 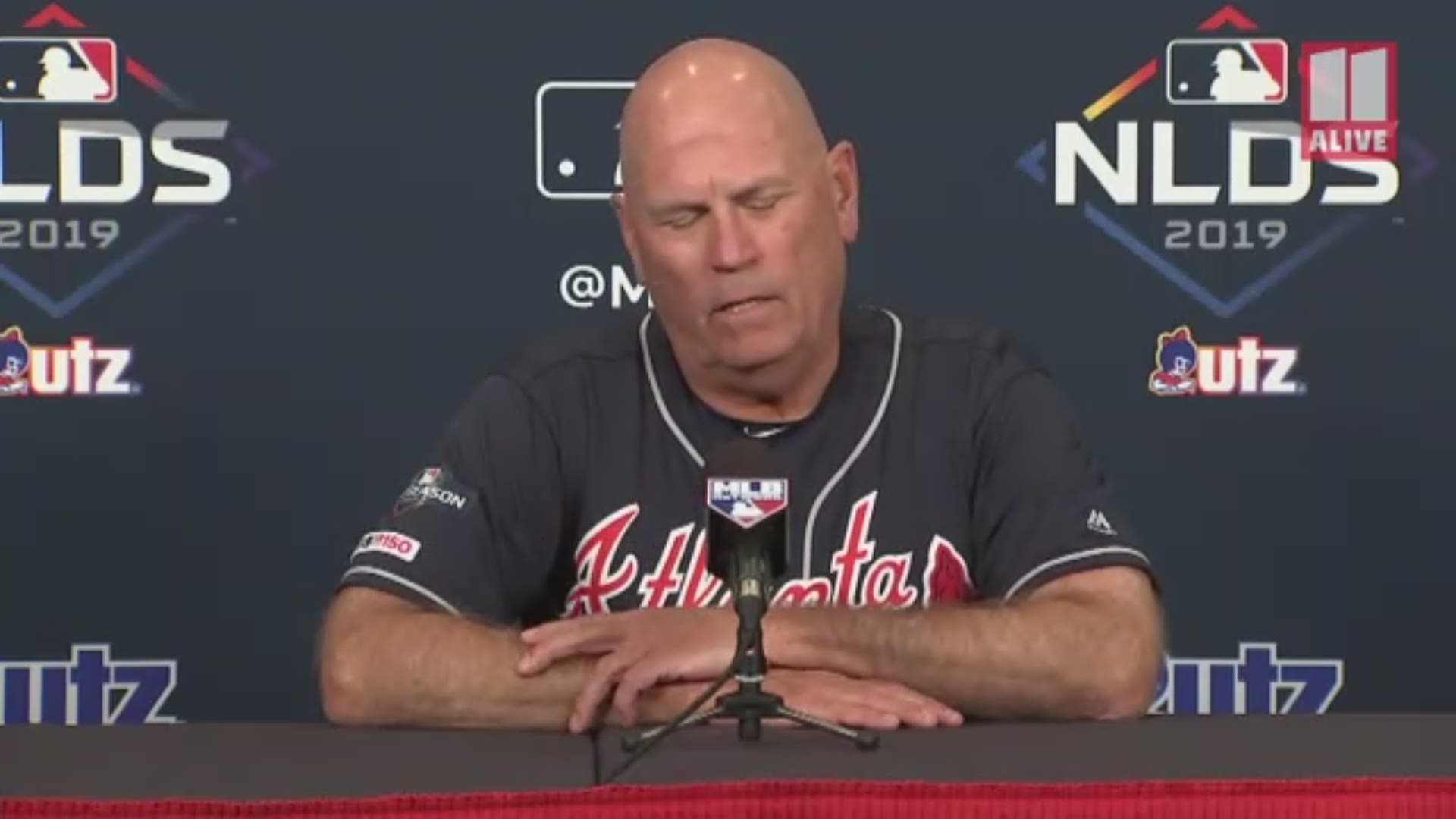 ST. LOUIS — The good news: the Atlanta Braves are coming back to SunTrust Park.

The not-so-great news: they're back because they dropped game 4 of the National League Division Series to the St. Louis Cardinals in extra innings, 5-4.

The Braves still have a shot to win their first playoff series since 2001, and they'll be at home.

What we know about Game 5 of the NLDS:

The Braves and Cardinals will meet one more time to determine who advances to the National League championship series.

We know that the game will happen Wednesday at SunTrust Park, and we now know the time, which was depending on what happened in the series between the Los Angeles Dodgers and the Washington Nationals.

If the Dodgers closed out that series Monday night, first pitch at SunTrust Park would have been at 8:07 p.m. But since the Nationals forced a fifth game in their series, the Braves/Cardinals game will start at 5:02 p.m.

Tickets for the game are still available. Click here for info.

Parking for the game goes on sale on Tuesday. Click here for that information.

FLASHBACK: Better days for the Braves (and a sign of things to come?)

RELATED: The Braves can win their first playoff series since 2001 today