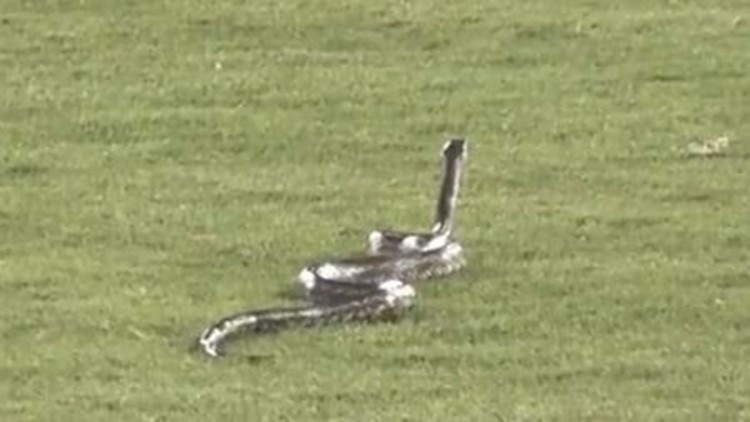 SAN ANTONIO — A cold-blooded visitor made its way onto the field at Wolff Stadium Friday, apparently to watch the San Antonio Missions defeat the Frisco RoughRiders.

A large snake slithered into center field during the eighth inning and brought the game to a brief halt. In a video shared to Twitter by the Missions, grounds crew take a few minutes to corral the snake using a rake and a bucket.

🐍🐍 on a field!!! Everyone and Everything is coming to the 🐺to watch the Red Hot🔥 Missions. #Jalapenos&Cats&SnakesOhMy pic.twitter.com/MTpyAnnGdE

The snake's appearance marks the second time this week an animal has made its way onto the field during a Missions game.

During Thursday's win over the RoughRiders, a small kitten appeared by the left-field wall. Crewmembers were quickly able to wrangle the feline. The Missions shared video of Thursday's incident to Twitter as well.

The Missions won both games and are riding a 10-game win streak, so the animals' appearances can only mean good things to come for the AA Minor League baseball team!