The NASCAR legend, his wife, and his daughter were treated for minor injuries. The pilot and co-pilot were not hurt. 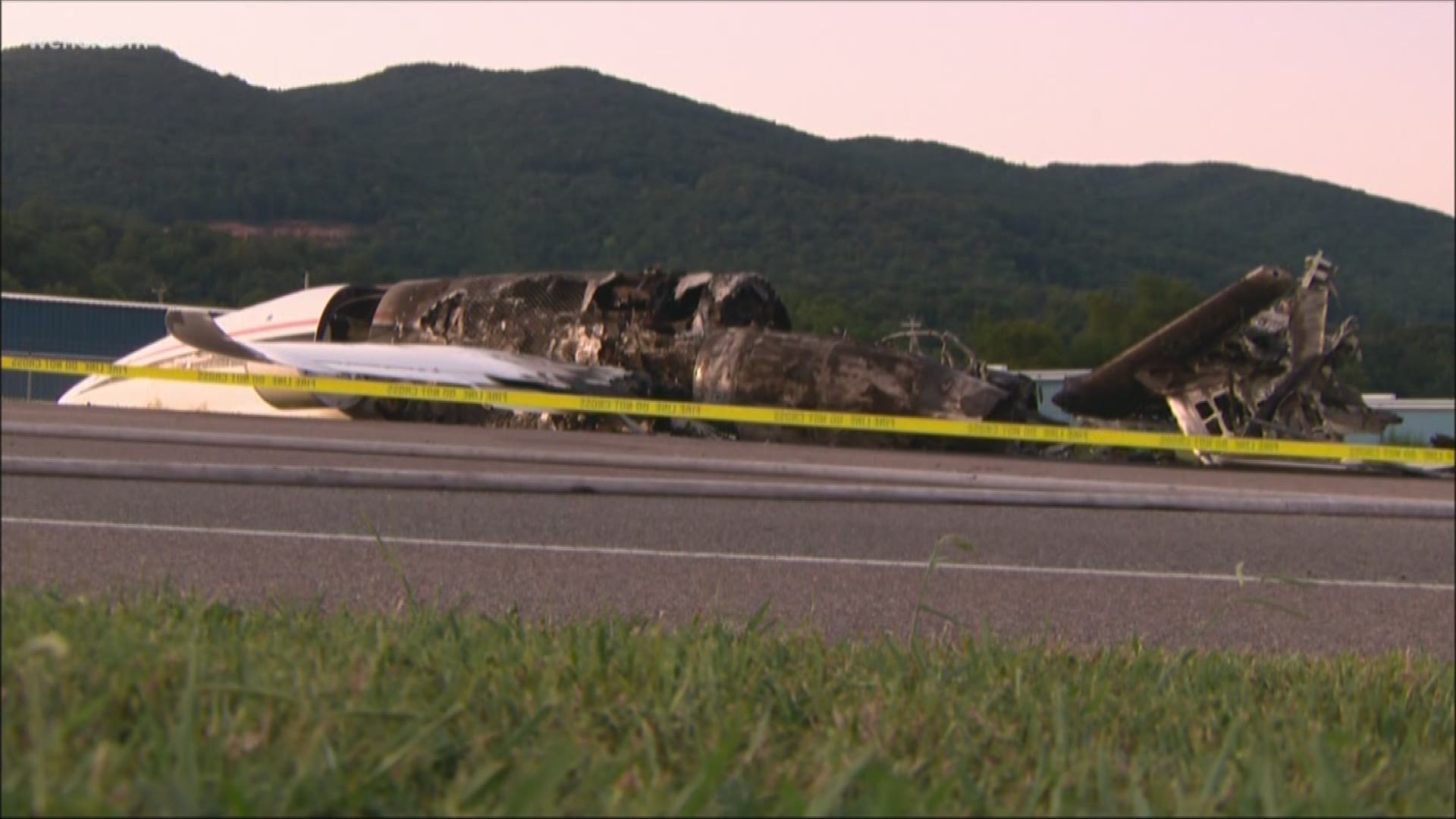 CHARLOTTE, N.C. — A report released by the National Transportation Safety Board (NTSB) Friday said pilots tried to abort the landing before a plane carrying the Dale Earnhardt Jr. family crashed and caught on fire in Tennessee earlier this month.

The NTSB report said the plane bounced twice on the runway at Elizabethton Municipal Airport then continued airborne.

"The pilots also reported that, following the second bounce, a go-around was attempted; however the airplane did not respond as expected, so they landed straight-ahead on the runway and could not stop the airplane prior to the excursion," the report said.

The plane then left the runway, traveled through an open area of grass, down an embankment, through a chain-link fence, up an embankment, and came to rest on the edge of Highway 91, according to the report.

The family departed in the private plane from Statesville, North Carolina at 3:19 p.m. on August 15. Earnhardt was scheduled to appear on NBC Sports Network as a part of NASCAR race coverage in Bristol, Tennessee.

Earnhardt, his wife, and his daughter were treated for minor injuries. The pilot and co-pilot were not hurt.

Earlier this week, the NASCAR legend tweeted about his recovery and probability of racing at Darlington Speedway in South Carolina next weekend.

"My lower back is bruised up real bad. Lots of swelling and I just need that to do down and the pain to chill out," Earnhardt said.

RELATED: Earnhardt: I plan on driving at Darlington

RELATED: "Thankful for the quick response of my pilots," Dale Earnhardt Jr. says after crash