"I cried the first time I read it": Mount Tabor senior gets letter from dad ahead of championship game 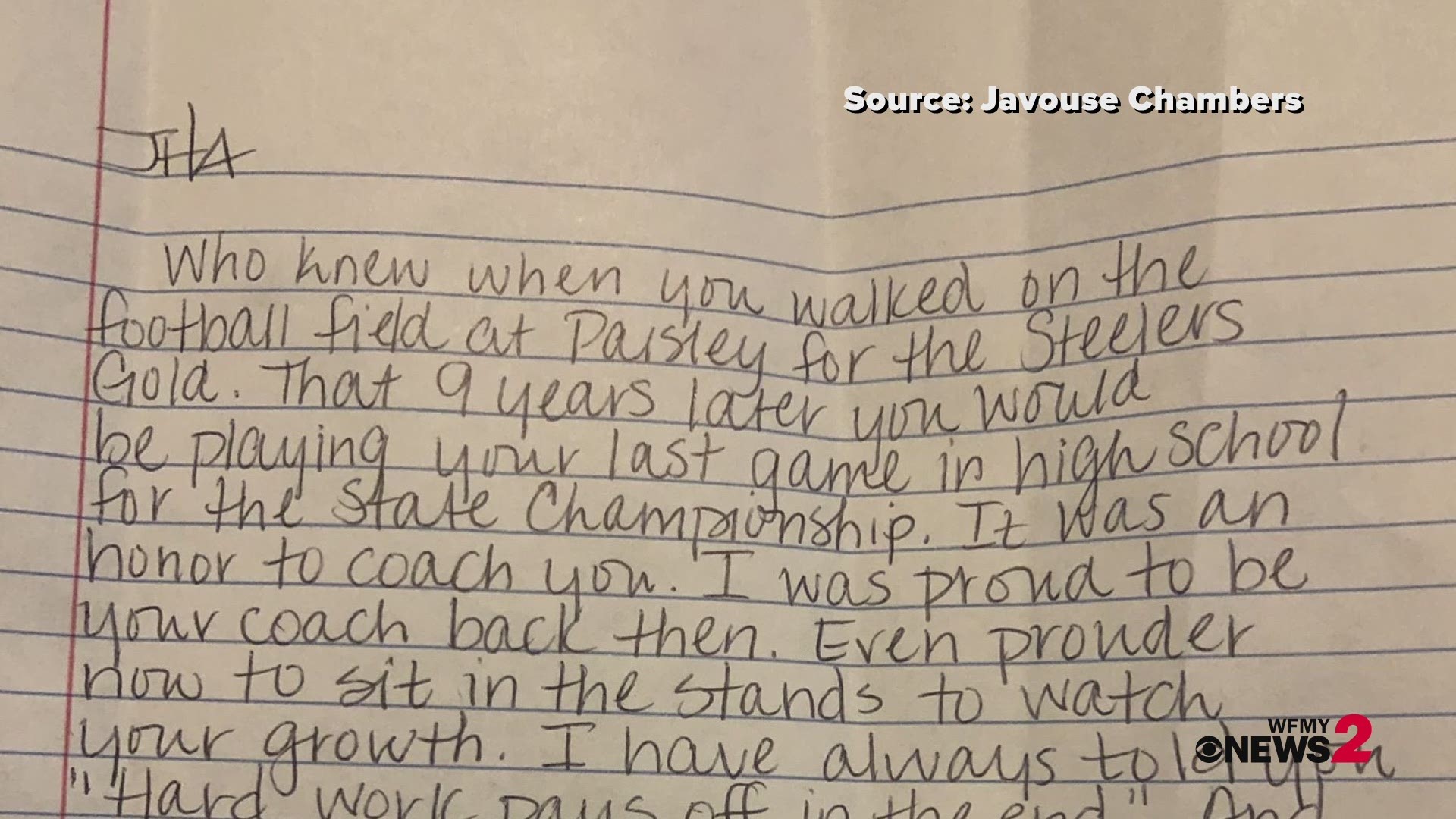 Senior Javouse Chambers said he got a letter from his father ahead of the game.

Who knew when you walked on the football filed at Paisley for the Steelers Gof that 9 years later you would be playing your last high school game for the state championship. It was an honor to coach you. I was proud to be your coach abck then. Even prouder now to sit in the stands to watch your growth. I always told you "Hard work pays off in the end". And in the last 4 years watching Coach Brown and the other Coaches fine tune your athletic abilities was a great site to see. Can't wait to see your smile as you lift up that trophy after the game. I Love You, always have and always will. I am so PROUD to be your father. Can't wait for this next chapter to begin. I am PROUD of you. FOREVER your #1 fan.

"I cried the first time I read it," said Javouse Chambers, who is a senior defensive end on Mount Tabor's football team.

His father said he couldn't wait to see his smile as he lifted up the trophy, and that's exactly what happened.

”The feeling was indescribable," said Chambers. "Emotions were flying everywhere. It was bittersweet, but way more sweet than bitter just know that was my last game and the way I went out my senior year.”

Dad gave him the extra motivation to win on the biggest stage.

DAD GIVING HIM THE EXTRA MOTIVATION TO WIN ON THE BIGGEST STAGE.

"He means the world to me," said Chambers. "He's been there since I can remember."