Nats, Yankees take a knee before the National Anthem in tribute to Black Lives Matter movement

The first game of the 2020 season was halted in the 6th inning due to a rain delay, but ultimately was recorded as a 4-1 win for the Yankees. 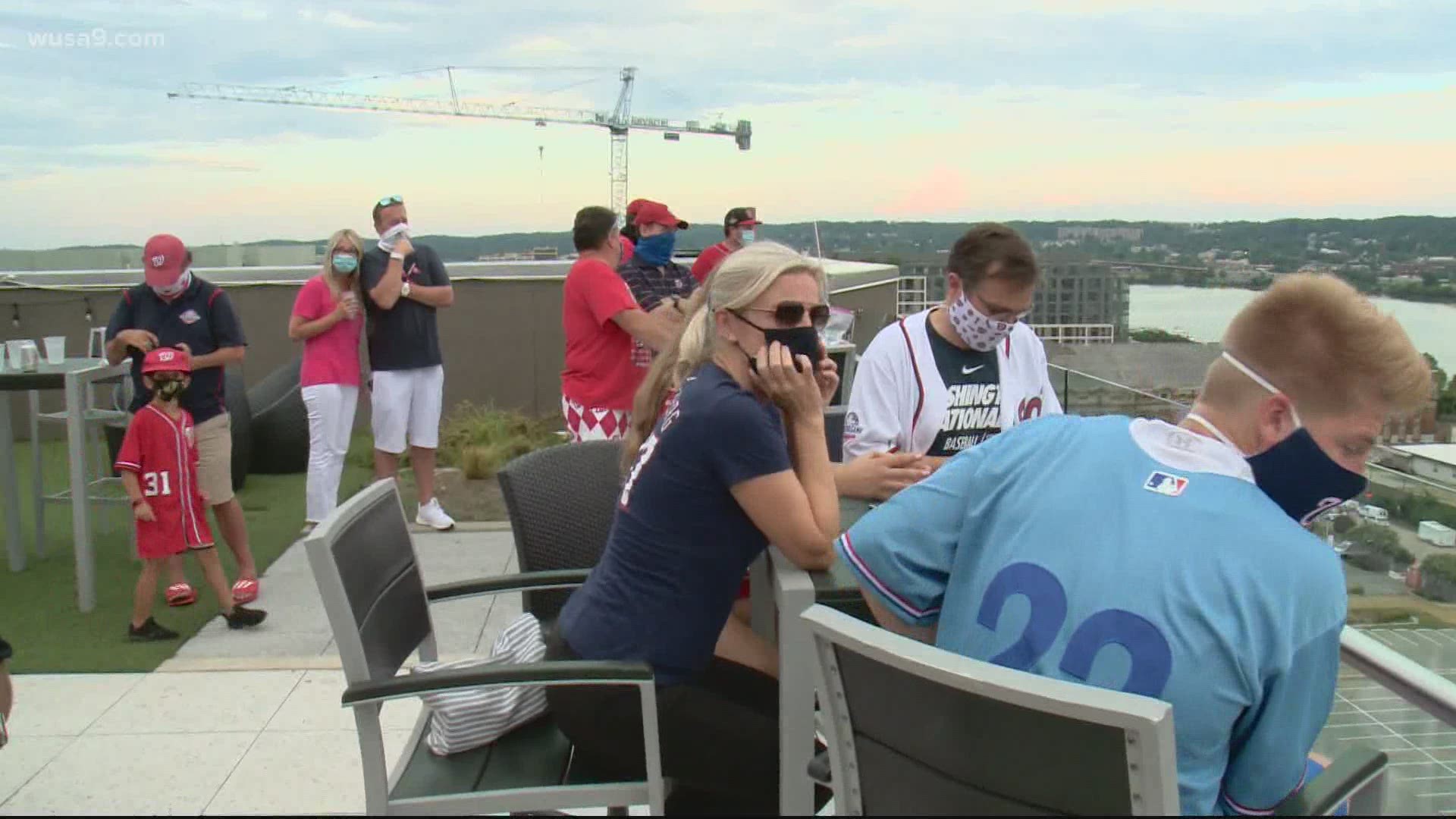 Players from both clubs wore T-shirts saying Black Lives Matter during batting practice at Nationals Park, and the letters “BLM” were stenciled into the back of the mound at the center of the diamond.

In a poignant reference to the racial reckoning happening in the U.S., players and other members of both teams held a long black ribbon while standing spaced out along the two foul lines. After they placed the ribbon on the ground, everyone then got on their knees.

They all then rose for a taped performance of the national anthem.

“I'd rather be playing baseball than not," Max Scherzer, who struck out 11 but gave up all of New York's runs, said. "All the things we can get negative about and cry about, I'm just not going to do it.”

RELATED: Dr. Fauci's first pitch was ... just a little outside

Dr. Anthony Fauci, director of the National Institute of Allergy and Infectious Diseases, was called upon to hurl the first pitch at Nats Park. Sadly, his pitch was... a little wild.

Dr. Fauci was admittedly nervous about making his MLB debut Thursday, and told Nats first baseman Ryan Zimmerman that he had been practicing his fastball quite a bit.

What began as a muggy evening turned into a dark, windy downpour, replete with rumbles of thunder and flashes of lightning, prompting a delay in the top of the sixth inning.

After waiting 1 hour, 58 minutes - 15 minutes more than were played - the game was called off and goes into the books as a 4-1 win for New York.

RELATED: Here's how the sport of baseball has weathered past pandemics